Sotheby’s recent sale of artworks and items belonging to British painter Howard Hodgkin has exceeded pre-sale expectations to make a combined total of £5,184,887.

The eclectic collection of global artworks, sculptures, rugs and tapestries and the artist’s personal items gave an insight into the Hodgkin’s life and diverse sources of inspiration.

The auction gave the opportunity to see Hodgkin’s own works alongside objects ranging from Italy to India. The top lot was by one of India’s greatest 20th-century artists, Bhupen Khakhar. Entitled De-Luxe Tailors, the last in the series of the artist’s seminal Tradesman works, the painting soared above its estimate to fetch £1,112,750 – a record price for the artist.

Hodgkin’s friendship with the painter Patrick Caulfield was represented by three Caulfield paintings, including Sweet Bowl of 1966, which sold for £639,750, the second-highest price paid for his work at auction after Foyer in Sotheby’s sale of the collection of David Bowie last year.

Further friendships represented by works that Howard owned include a gift to Hodgkin by Peter Blake following a 1974 exhibition, A Souvenir, which fetched £16,500. Robyn Denny’s Out-Line 2 of 1962 sold for £20,000.

Other highlights on the sale included:

A selection of 20 prints spanning Hodgkin’s career each fetched above-estimate prices, reaching a combined total of £355,126 – more than triple the combined high-estimate for the works. The highest price among was for Frost, his artist proof of the etching with aquatint executed in 2000-2002 which sold for £32,500. 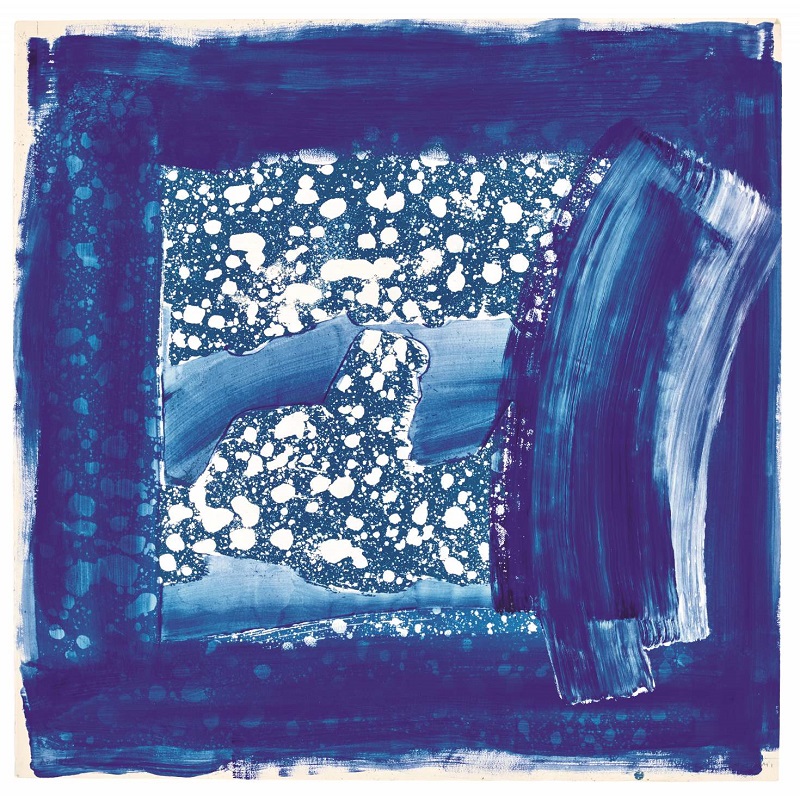 A solid-sided suitcase decorated in the style of Hodgkin’s own painting strokes sold for over three times its estimate, fetching £1,375 (est. 200-300).

A Persian manuscript Illuminated Leaf from Firdawsi’s Shahnamah soared about its pre-sale high estimate of £3,000-5,000 and sold for an impressive £23,125.

A fragment of the magnificent 17th century Von Hirsch Garden Carpet from Northwest Persia, which flew above its pre-sale estimate and sold for £224,750 (£80,000-120,000) – a masterpiece that had been split into four pieces, each section was sought after by collectors around the world including Hodgkin