With Berkshire’s Dawson’s Auctioneers hosting their Rock and Pop Music Memorabilia sale this weekend, we asked auctioneer Joseph Trinder to pick out some of the top lots that have caught his eye.

Lot 125 – John Lennon, amongst the last copyrighted photographs of Lennon in New York, taken by Paul Williams on 6/12/1980
25 colour prints, of which 9 feature John Lennon together with 35 colour negative cells and The BBC book, The Lennon Tapes. (Signed with copyright document from the photographer to the current owner and from the current owner to the winning bidder.) 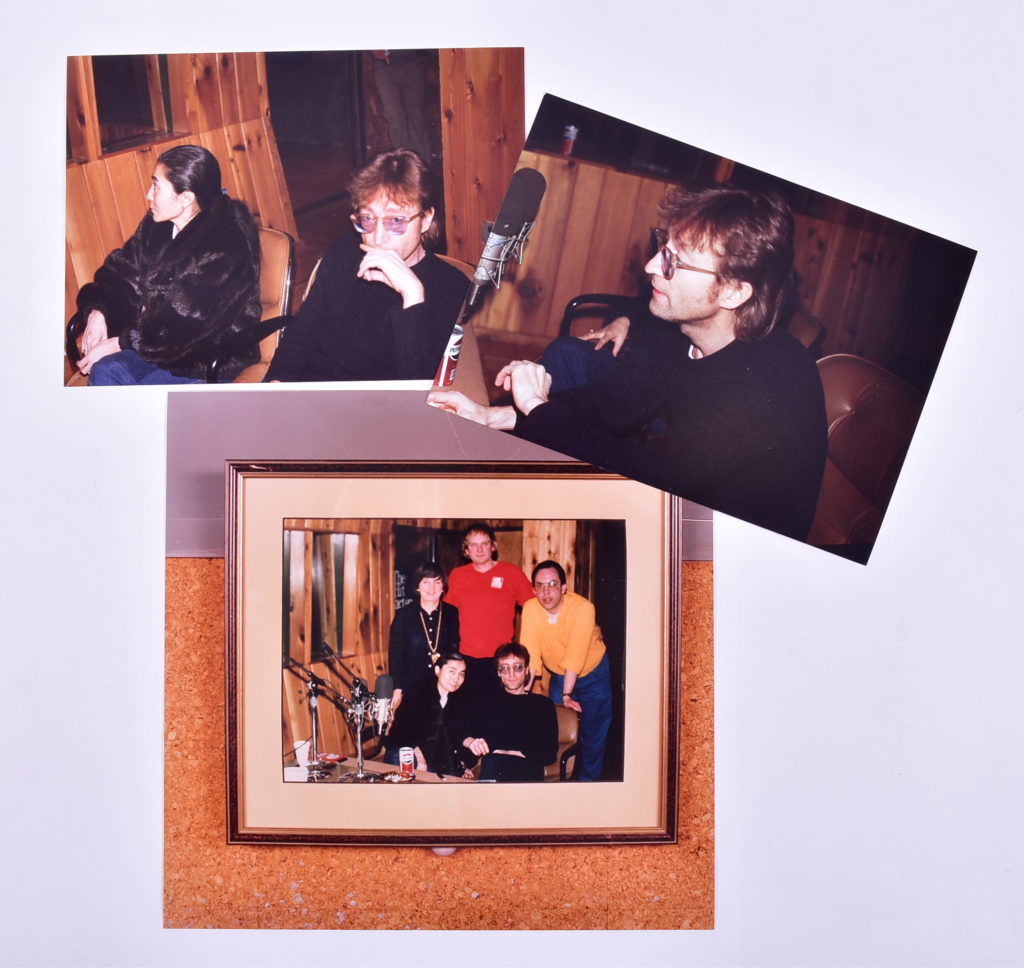 Taken merely hours before his tragic and untimely death, these images really are windows into the past and capture forever the last day or so in the life of one of the 20th century’s most influential cultural and musical figures. These images provide an intimate, un-staged and natural insight into the last chapter of Lennon’s life in New York – hauntingly poignant with the knowledge of what would transpire on 8/12/1980. This lot reflects a very rare opportunity for Lennon and Beatles’ collectors to take home a piece of history.

Lot 177 – Pink Floyd inflatable ‘Teacher’
the original and very rare inflatable ‘Teacher’ as used on stage at the concert in Berlin in 1990 at Postdamerplatz, filmed and featured on the DVD and on YouTube. This is an extremely rare opportunity to purchase this item as Pink Floyd own nearly all inflatables. This particular piece was purchased directly from the manufacturer of the pig as seen in the cover of Animals. When inflated it can reach 60 feet high (18 meters). The winning bidder will be given the telephone number of the manufacturer (Arthur) who has agreed to give the teacher a bit of TLC to bring it to its on stage glory for a fee of around £1000. Currently lying in two flight cases with two large fans to inflate. There are no rips or tears and it is ready to inflate. Some paint has flaked off and the manufacturer will re-paint any part that is required. This lot comes with a letter from the manufacturer giving its provenance. This is a rare chance to own a piece of music history, it is the only inflatable not owned by Pink Floyd. 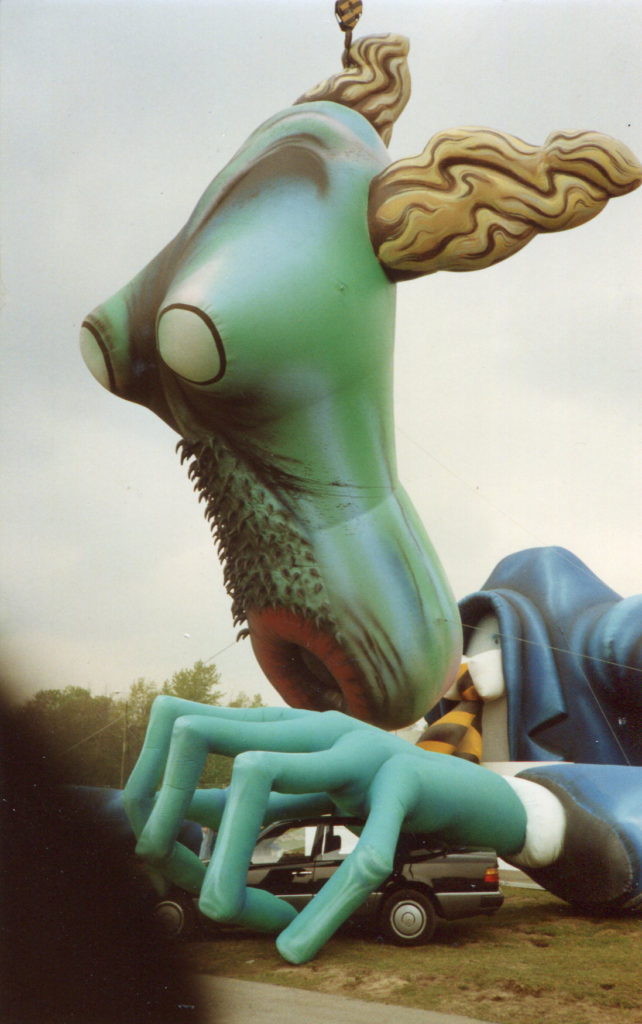 “Hey, Teacher, Leave Those Kids Alone!” Lyrics tattooed across the heart of every Floyd fan in the world. It is beyond rare to have an opportunity to own one of the crowning visual symbols that summarise Floyd’s reputation as one of the best live and most accomplished studio bands of all time. At over 60 feet high when inflated, it is probably the largest object I have ever offered for auction – its size surpassed only by its impact and importance to fans of the band.

Lot 47 – Eric Clapton with John Lennon and The Plastic Ono Band
a photographic print from an unreleased image depicting John Lennon and Yoko Ono sat beside Eric Clapton, Klaus Voorman and Alan White, beside a swimming pool at a private residence, taken on the morning after the Toronto Peace concert 1969, the group pose with the peace sign while Clapton comically inverts his gesture, framed and glazed, 33 x 42 cm. 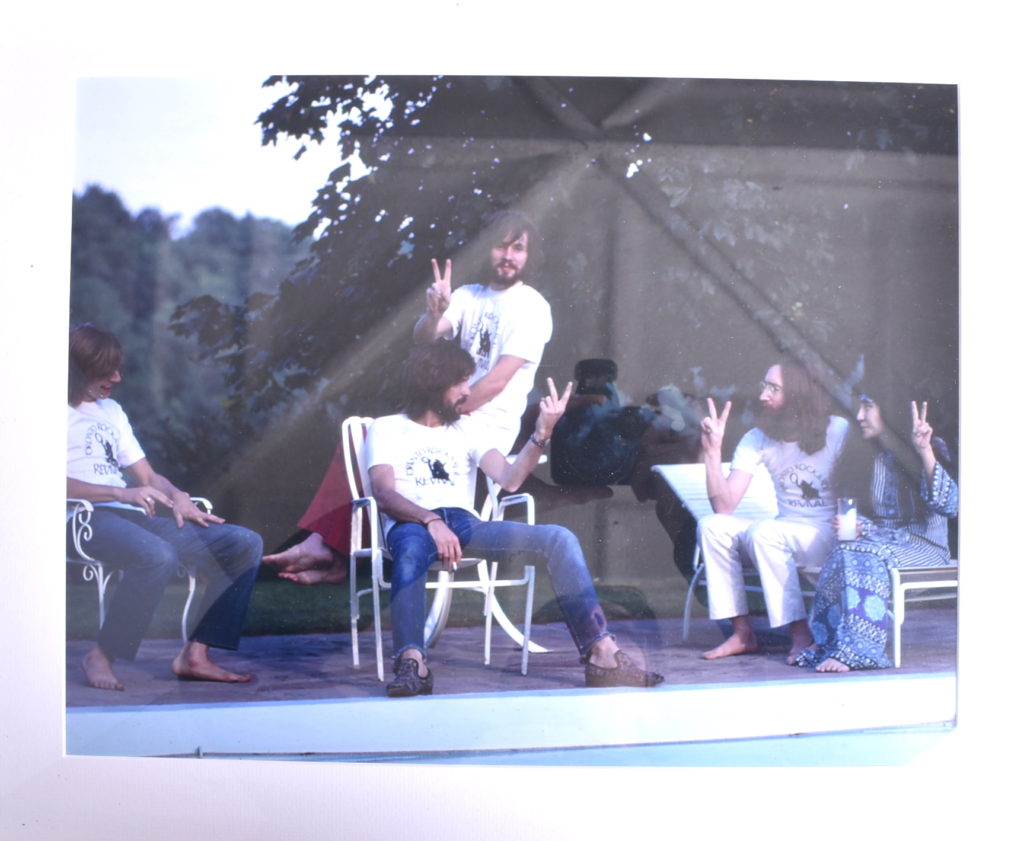 Another snapshot in time, I consider this lot a favourite simply due to the comedy of the scene. The notion of a mischievous Clapton, at the last second before the stutter closes defying his peer’s message of peace for one of irreverence, now forever captured on paper is a humorous one. It is also another human glimpse into the lives of some of the biggest names in the music world. In our age of curated, edited and perfected images fit for the Instagram generation, it is refreshing to see such ‘real’ images. 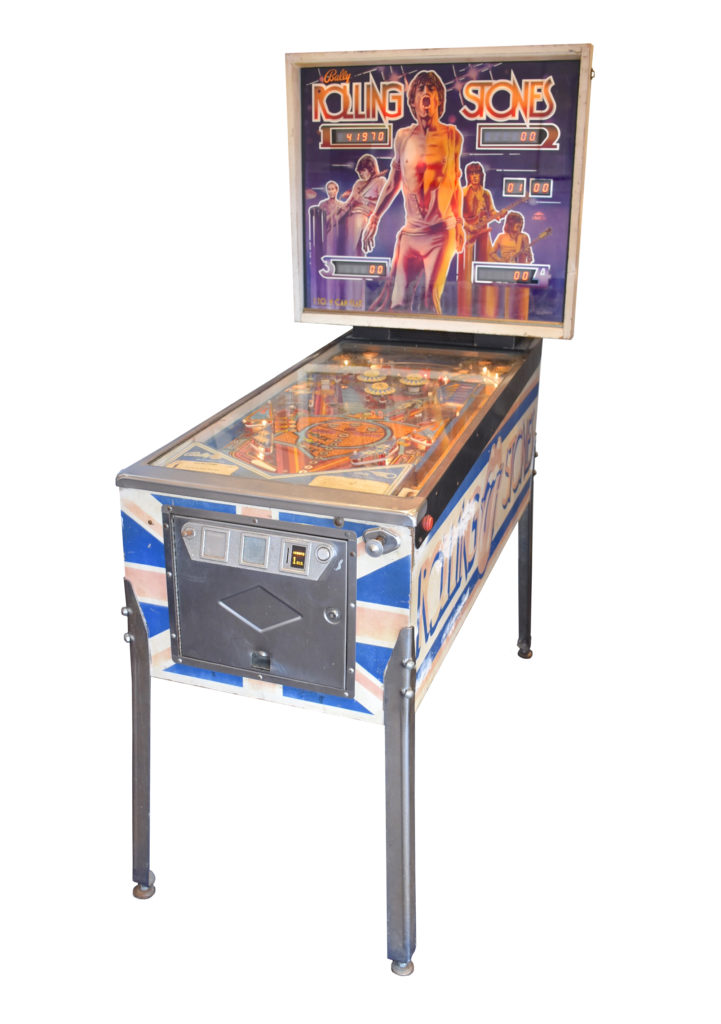 Full of retro charm and all the fun of the fair, this highly collectable object combines design, sound and colour in a rare example of memorabilia and a hugely entertaining item in one package. It is wonderful to consider the generations of owners in bars, arcades or private homes that have enjoyed a game over the years, and at nearly 40 years old, this machine is still in good, playable condition. To think of all the time (and money!) spent at it’s side throughout the years. A great conversation piece, it would make a superb edition to a collection or embellish the most stylish of interiors.

Lot 353 – The original ‘EXIT’ sign from the Marquee Club, London

originally located above the exit door taken out of the club and as mentioned in the obituary of Harold Pendleton, sourced directly from the individual that cleared the club. 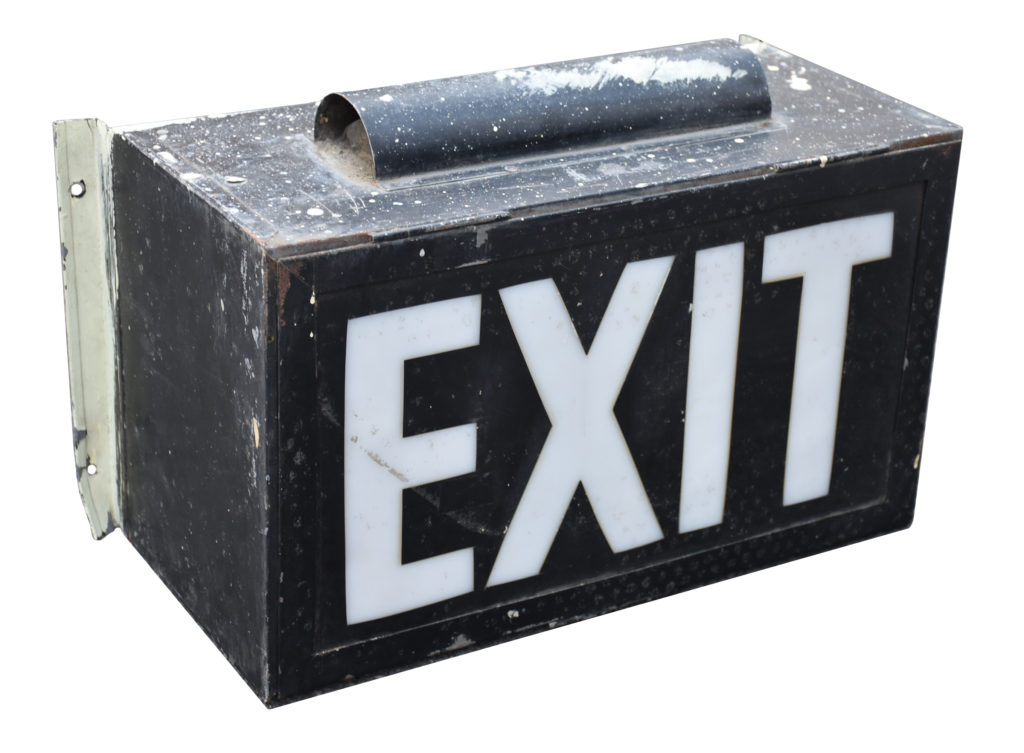 If walls (or signs) could talk. To think of the names that have passed beneath this sign which adorned the doors of London’s famous Marquee Club, is probably close to every musician, singer and band that appears in the totality of our November 4th sale. This is an object that smacks of history and one which witnessed the journey of popular music throughout the 20th century. I challenge any collector to find something as modest that says so much from such an important source.