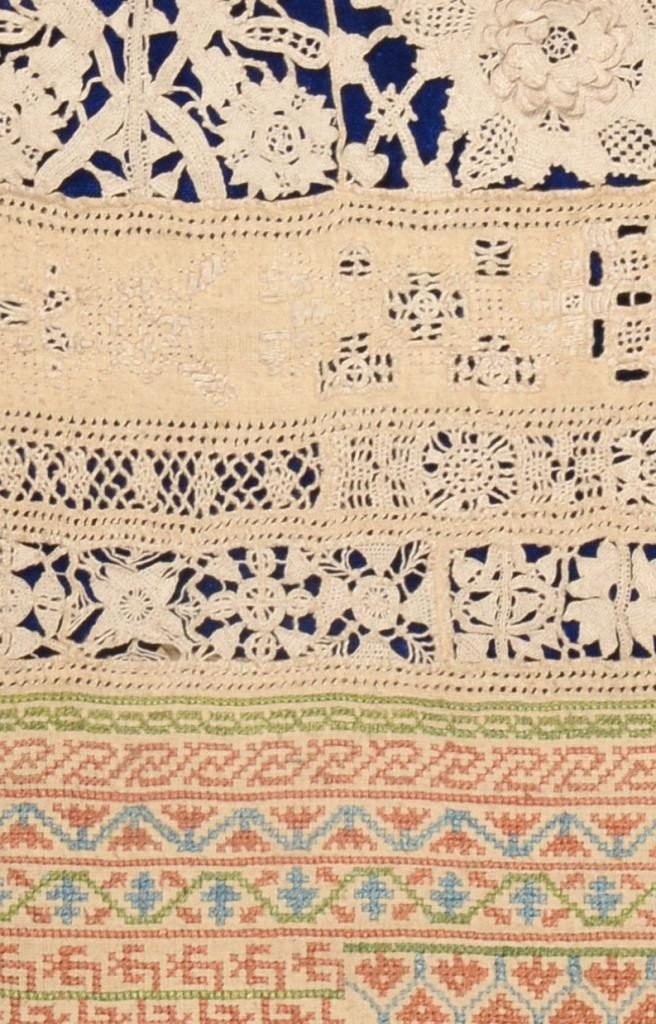 A family collection of historic textiles dating from the 17th to the 19th century are to be sold in Tennants Auctioneers’ sale of Vintage Costume & Textiles later this month.

The collection was formed by the Steevens family, who were great supporters of the Quaker faith living in High Wycombe from the middle of the 17th century, working in the milling, malt and flour dealing trades. From the 1820s the family moved into groceries, and then into building from the 1850s.

Comprising items used by the family as well as those collected, highlights include fine linen band samplers, lawn baby bonnets and children’s clothing.

The earliest items in the collection are fine linen band samplers dating from the second half of the 17th century, one of which was executed by a very accomplished needlewoman and is made of intricate needle lace as well as bands of silk embroidery (estimate: £1,000-1,500). However, the rarest item in the collection is a late 18th century ladies’ corset, which is in excellent condition considering its age (estimate £600-800).

Tennants’ specialist Sarah White, said, “It is so unusual to see 18th century items of clothing in such good condition, particularly practical, foundation items such as the corset. The rigid stays really give you an idea of how very uncomfortable it must have been to wear.”

The Steevens family had links with Ackworth, the renowned Quaker school near Pontefract in West Yorkshire which was founded in 1779. Like many Quaker families in the south of England, Joseph Steevens (1728-1801) sent nine of his children to the school. “There is always a great interest at auction in items from historic Quaker families and in particular samplers. There was a great tradition in teaching fine needlework in Quaker schools, and the work produced there is often exceptionally fine.”

The sale takes place on November 24.