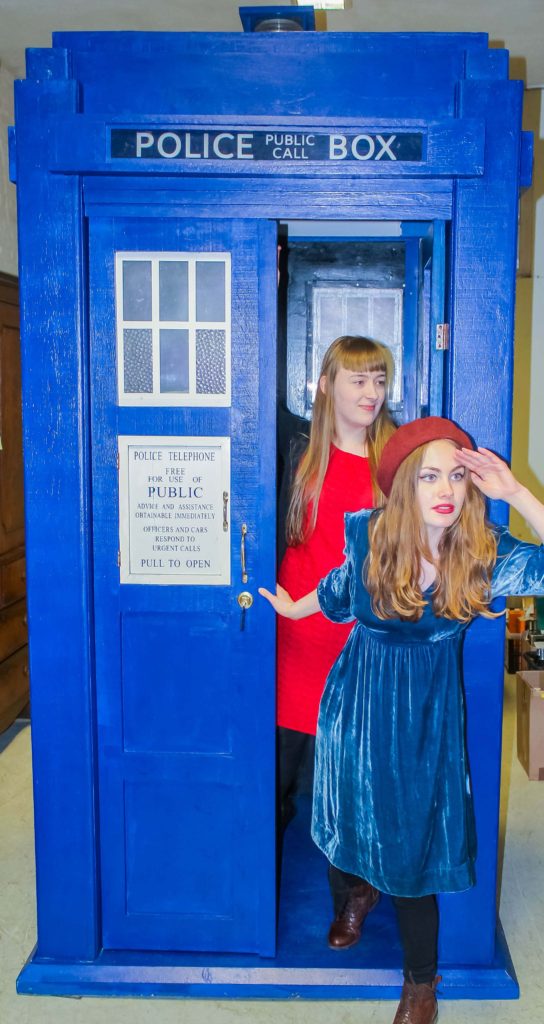 Fans of the BBC’s long-running cult sci-fi series, Dr Who, will get the chance to do some time travelling for a good cause when a replica of the eponymous character’s TARDIS goes under the hammer at a Kent auction house for Children in Need.

The replica TARDIS, the creation of lifelong Dr Who fan Jason Onion, is set to be the star lot at The Canterbury Auction Galleries’ two-day Christmas auction on November 28 and 29.

The auctioneer will waive their commission so the full hammer price goes to the charity.

The so-called ‘Herne Bay Tardis’ was built by Mr Onion as a tribute to Dr Who co-creator, the late Anthony Coburn, a BBC writer who lived in Herne Bay. It was unveiled by Mr Coburn’s widow, Joan, in 2003 to mark the programme’s 50th anniversary, fittingly stepping from it when it ‘landed’ at the town’s bandstand.

Mr Coburn wrote the script for the first ever episode of the long-running saga, broadcast in 1963, 54 years ago almost to the day of the sale.

The Tardis, built under licence from the BBC and using reclaimed oak, was seen on BBC1 as part of the televised celebrations and Mr Onion has subsequently taken it to numerous sci-fi conventions around the country raising money for Comic Relief and Children in Need.

It has also been used to promote a new book, Herne Bay Tales – TARDIS in Room 13 by Georgina Appleton and Charlotte Firmin and to promote science, technology, engineering and maths (STEM) learning in schools.

In the process, the box has been autographed by three former Dr Whos – Peter Davison (1982-84), Sylvester McCoy (1987-89) and Paul McGann (1996) – as well as numerous other personalities, actors playing other roles in the programme and production assistants.