Almost as instantly identifiable as his cigar, a pair of Winston Churchill’s iconic tortoiseshell spectacles are to be included in Catherine Southon Auctions’ Christmas auction with an estimate of £1,000 to £2,000.

Made by the wartime prime minister’s optician, CW Dixey & Sons, the full rimmed round glasses come with a leather spectacle case embossed with the optician’s name and address. 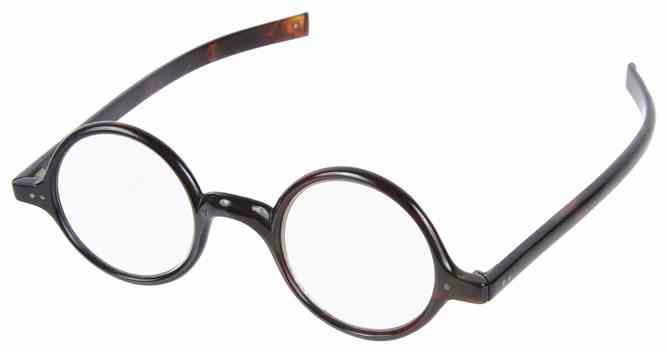 Churchill was very fond of his distinctive eye-wear – either half-eye or the fully round style which wear tailored for specific purposes and marked accordingly. The metal dots in the corner of the frame indicate its purpose – one dot for reading only and two dots for speeches, but he also had specially made glasses for sketching, painting, or card playing.

The wartime prime minister was often seen wearing the circular tortoiseshell spectacles in his later years. He had several made, so he would always have spares and if there was anything wrong with them, they would then be left with opticians Dixey for repairs.

After Churchill’s death C.W. Dixey had three pairs of Churchill’s spectacles still in their possession. It is believed one pair were given to Chartwell, one pair auctioned in 2011 and this is the final pair.

Also included in the lot is a typed statement from Director of C. W. Dixey, Mr P. Varnes, verifying that the spectacles were made for Winston Churchill and claiming ‘usually three pairs of spectacles were made to Churchill’s prescription and kept at the Cavendish Square showroom later the Wigmore Street practice‘.

Auctioneer Catherine Southon said, “We are absolutely delighted to be offering a pair of Winston Churchill’s spectacles, especially as this area is very proud of its Churchill connection. His spectacles are as iconic as his cigar and hat. We expect a lot of  interest both here and abroad as Churchill memorabilia is always very collectable.”

The sale takes place on December 6.