The sale of The Astor Collection from Tillypronie takes place at Christies next month, with artworks, books, clocks and furniture from the family’s Scottish sporting estate going under the hammer in London on December 15.

Described as the finest collection of sporting and ornithological art to come to the market in over 20 years, we asked Annabel Kishor, Christie’s Head of Sale, Associate Specialist, British Drawings & Watercolours to tell us about some of her favourite lots. 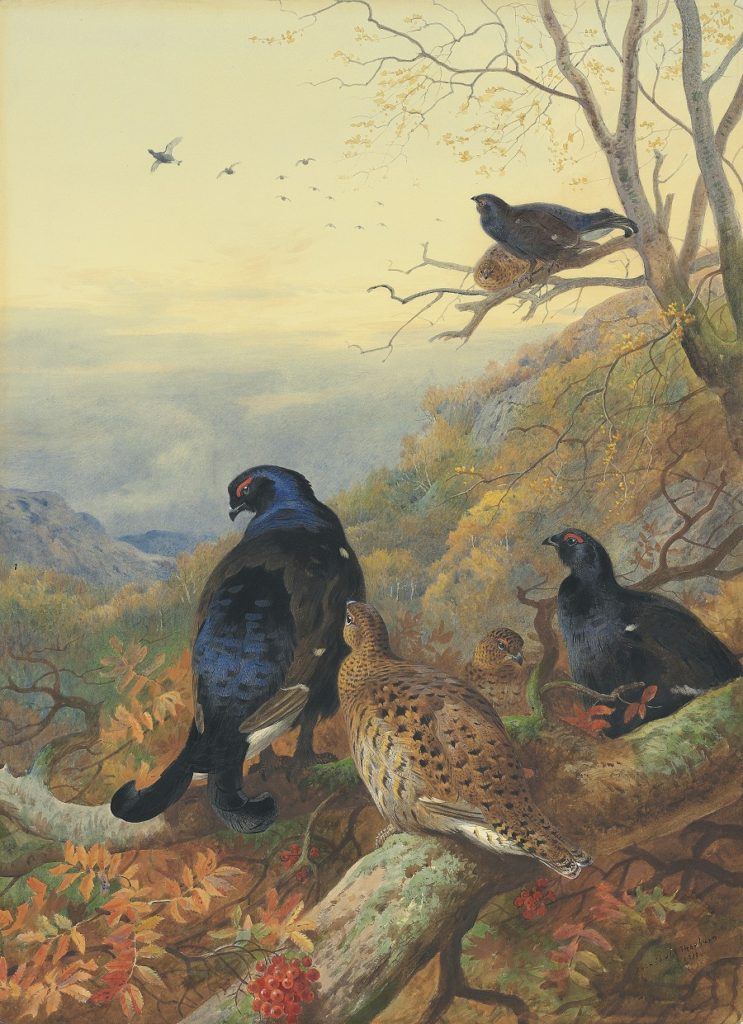 Archibald Thorburn is widely regarded as the greatest painter of birds. His lively and accurate renderings of birds in flight and at rest were based on studies from life. Sought after by both ornithological and sporting enthusiasts, his works are held in collections across the world. This unusual portrait format picture of Blackgame in the glen demonstrates not only Thorburn’s masterful understanding of birds, but also of the landscape, trees and foliage which bring the scene to life. 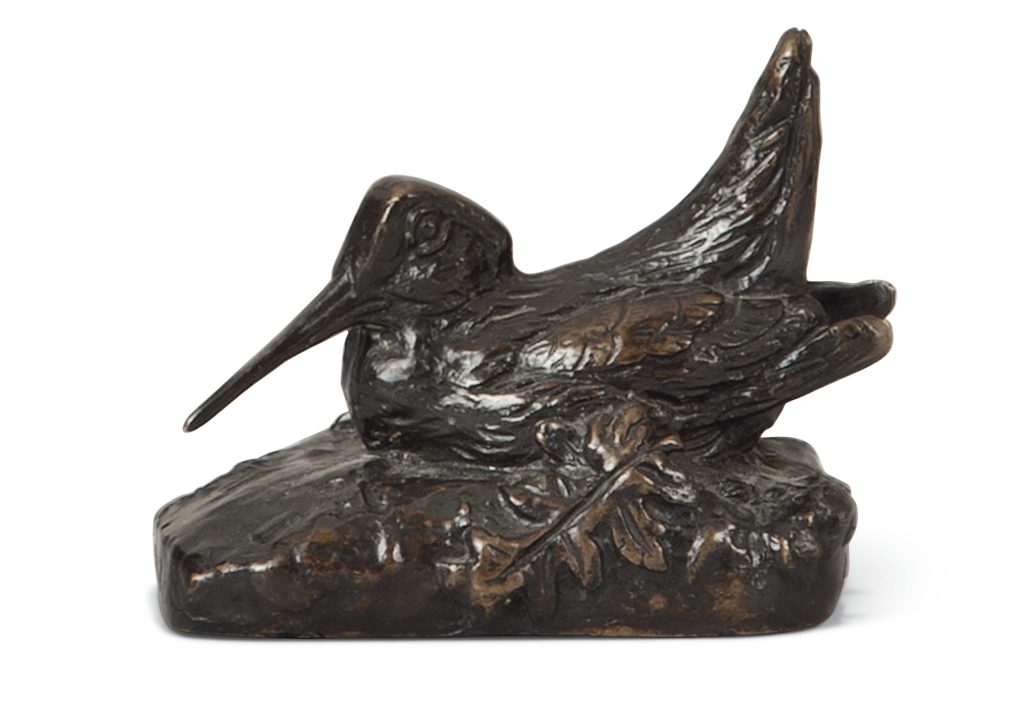 Although best known for his pictures, in the 1920s Archibald Thorburn also made a series of five bronzes of different birds, including this woodcock. With its miniature scale and intricate detail, it is a charming representation of the bird – the perfect Christmas present for a woodcock enthusiast! 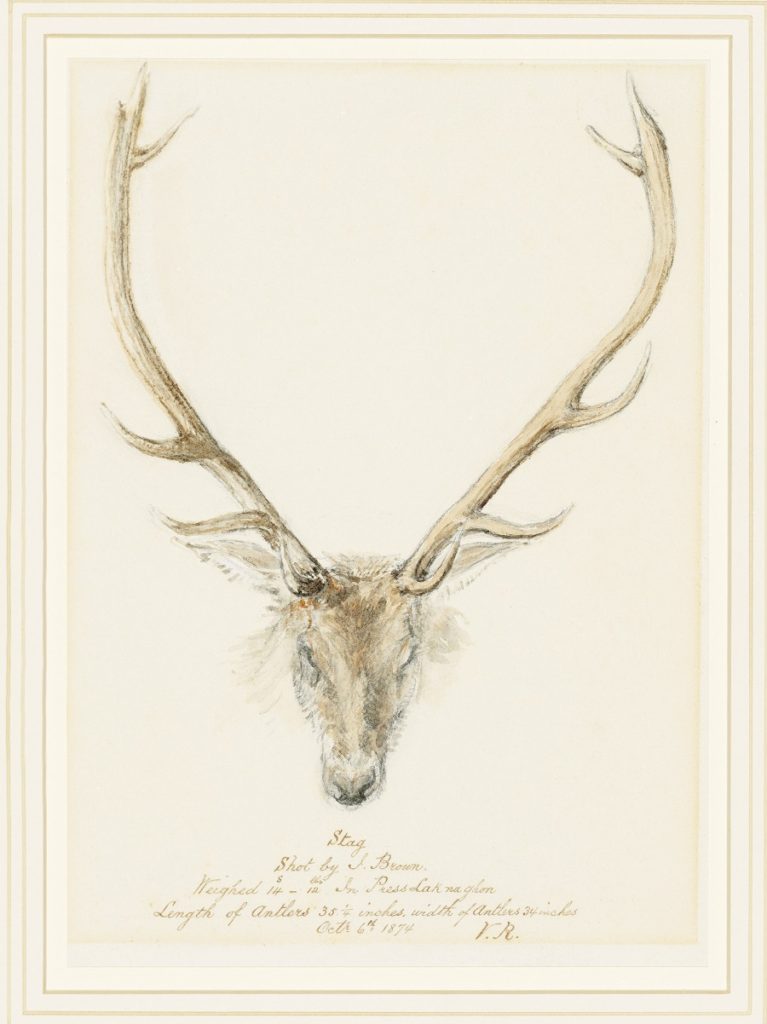 Queen Victoria was a talented watercolourist taught by Sir Edwin Landseer, and also had a fascinating link with Tillypronie. The house was built by the son of her doctor, Sir James Clark, who had introduced Queen Victoria to the neighbouring estate of Balmoral, and she laid the foundation stone in 1867. She was a regular visitor to Tillypronie with her servant and confidant John Brown, who shot the stag pictured here. 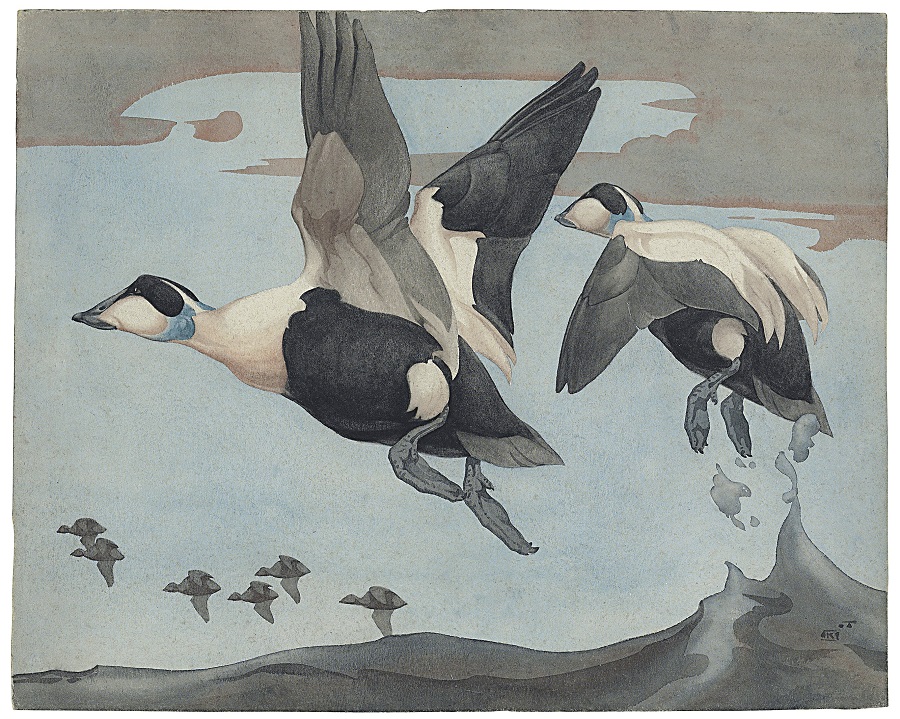 The collection also includes some exciting 20th Century and Contemporary works such as this one. Self-taught and heavily influenced by Chinese brush painting, Richard Barrett Talbot Kelly uses matt watercolour washes over a fine black outline to capture the movement of birds in flight. His work has a remarkable sense of freshness and immediacy, and the present work perfectly depicts the transience of a migrating flock of eider ducks. 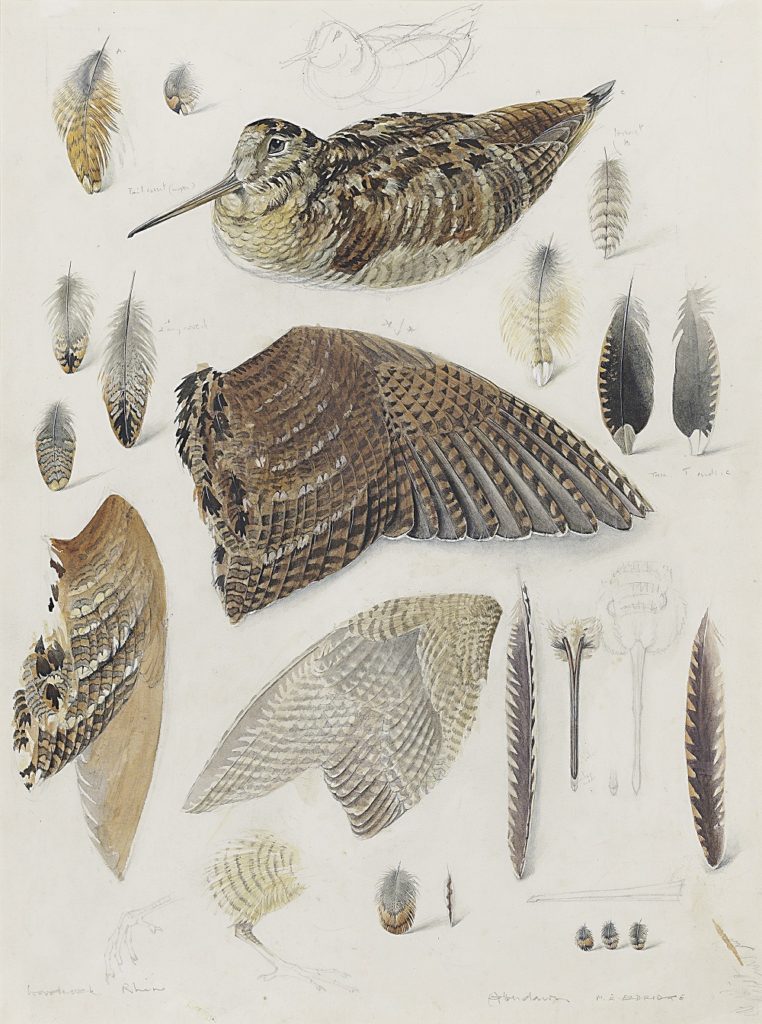 Mildred Eldridge trained at the Royal College of Art and exhibited at the Royal Academy before settling in north Wales with her husband, the poet R.S. Thomas. Her delicately detailed studies of birds, animals and plants were the result of long hours of study from nature and are often dated and inscribed with the location at which they were made.