A rare 19th-century quilt, made by a British soldier serving in India has sold for £3,000, making it the top lot in Yorkshire’s Tennants’ Auctioneers’ recent Vintage Costume, Textiles and Dolls sale.

The Military or Soldier’s Quilt was fashioned from wool serge uniform fabric. Such quilts were usually made in India by servicemen recuperating from injuries sustained in battle. 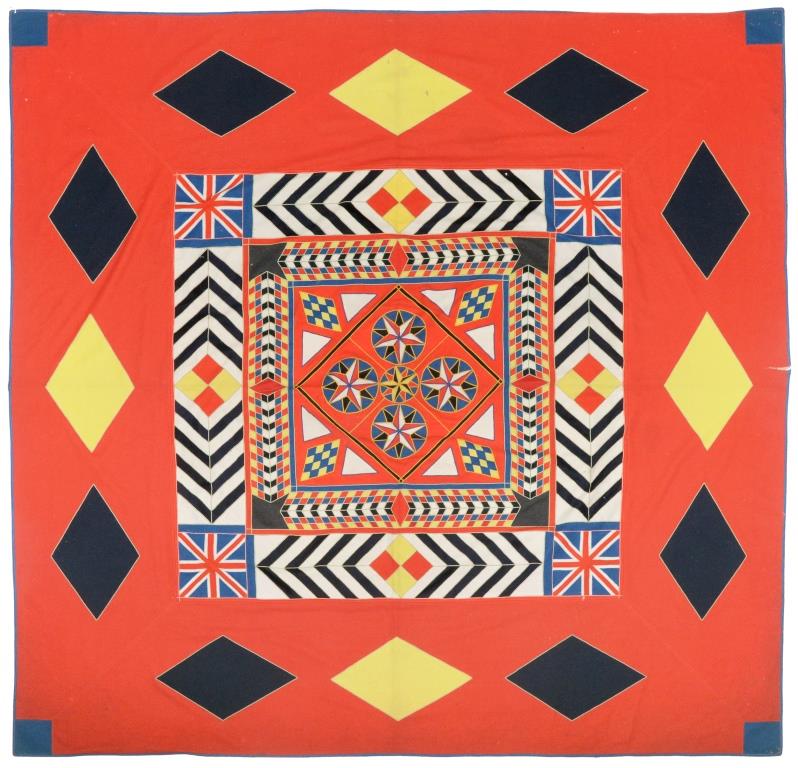 This particular quilt was made by Master Tailor H Cormack during his service in the country (possibly in Rawalpindi) during the late 19th century. The reverse of the quilt is a patchwork of printed cottons featuring dogs and cats and printed panels featuring naval officers courting ladies on a ship. 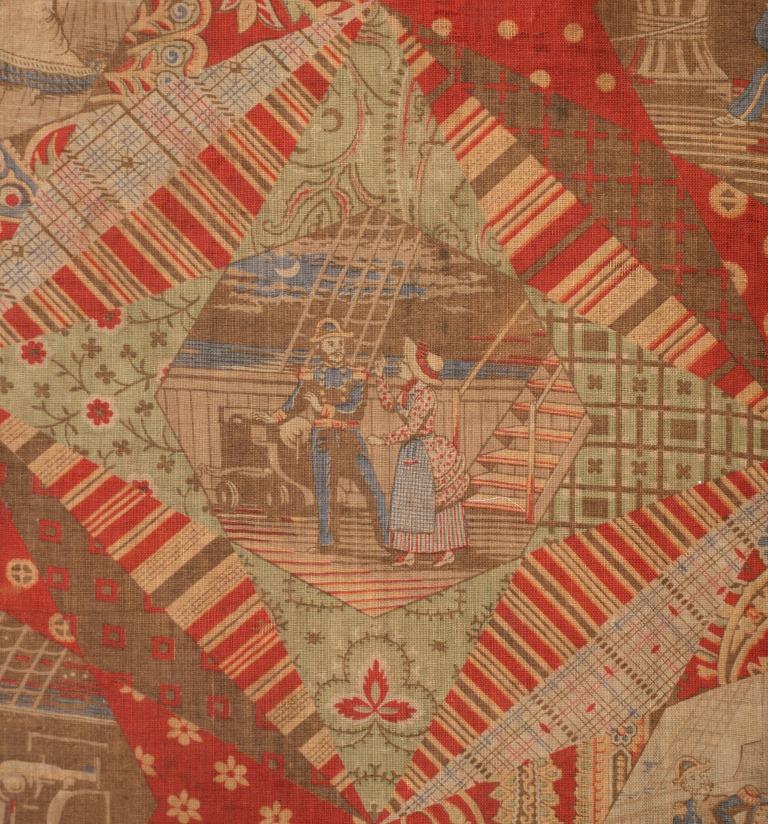 Specialist Sarah White said of the lot, “Military Quilts come up for sale at auction only rarely, and not only did this quilt have a name attached, but the workmanship was excellent.”

Other antique textiles of note included a fine linen band sampler dating from the second half of the 17th century, which was executed by a very accomplished needlewoman. Made of intricate needle lace as well as bands of silk embroidery, the sampler sold for £2,000. The sampler came from a family collection of items of Quaker provenance.

Elsewhere, a group of Chanel advertising material sold strongly – with oversize display bottles of their iconic Chanel perfumes selling well above estimate; the largest sold for £650. A Coco Chanel illuminated advertising counter top sign attracted interest, too, beating its £200-300 estimate to sell for £600.