Sotheby’s sale of ancient sculpture and works of art totalled almost £10 million, with a wide range of objects from classical Greece, Rome, ancient Egypt and the Near East selling above estimate. 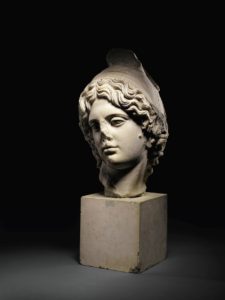 The sale total was £3,910,125, led by a Roman marble head of Ganymede, circa 1st Century A.D., which sold for £429,000. One of the most finely carved Roman marble heads to be offered at auction in recent history, this portrayal of handsome and youthful divine hero Ganymede is the only known copy of a lost Classical Greek original sculpture. 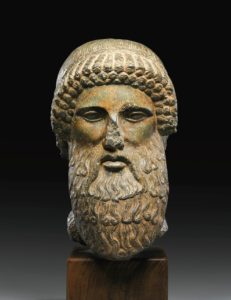 An exceptionally preserved and extremely rare early Byzantine marble sigma-shaped table brought £429,000. Unusually depicting Aphrodite with maritime themes, it promotes magic, fertility, love and success to be pondered on during feasts and musical or theatrical performances. A South Arabian Funerary Stele representing a priestess or goddess, from the ancient kingdom of Qatabān, circa late 1st century B.C., soared to over eight times its pre-sale estimate to bring £339,000 (estimate £30,000-50,000).

Of the Ancient Egyptian offerings, a finely carved circular calcite offering table with a loaf of bread and vessels, 2360-2195 B.C. sold 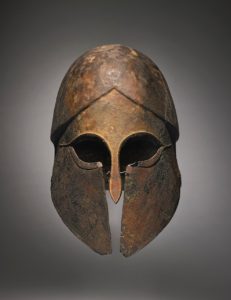