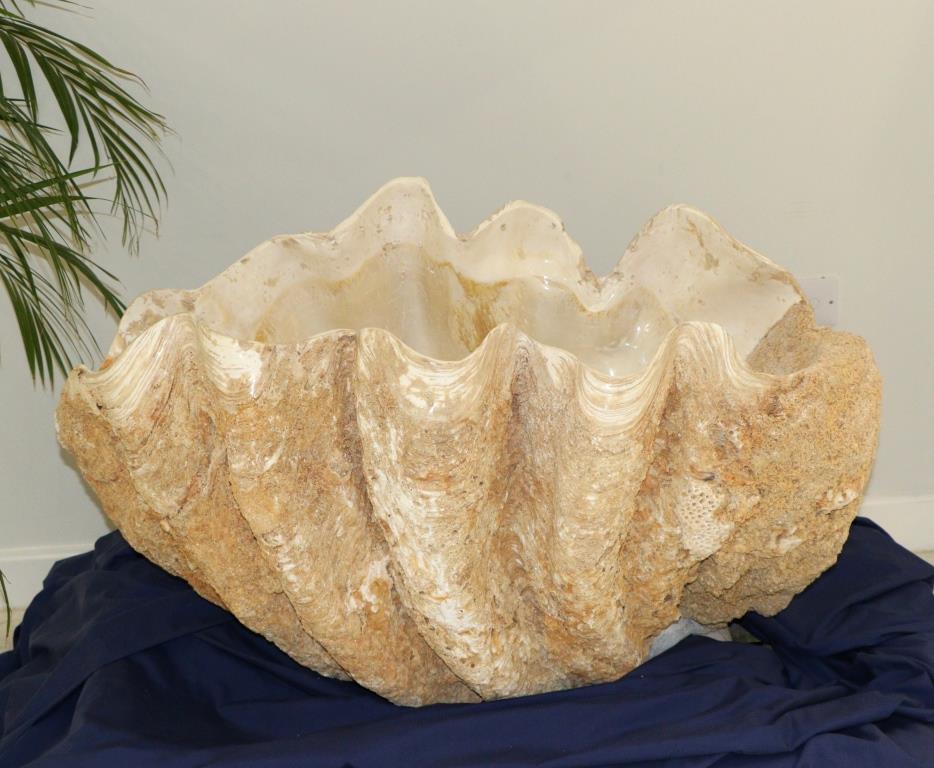 A fossilised giant clam shell unearthed in Kenya is set to be sold in a North Yorkshire saleroom with the auction house estimating bidders will need to shell out between £7,000 to £9,000 to buy it.

The ancient giant clam shell, weighing over a quarter of a tonne, is to be auctioned in Tennants Auctioneers’ Spring Fine Art Sale in March next year. The shell is being sold alongside an 8cm diameter spherical ‘pearl’ made from a broken piece of shell.

This relic of the ancient seas was discovered far inland from today’s coastal region of Kenya. These fossilised clams are often found by miners excavating calcium carbonate (limestone) for the building industry, however, now a team of specialists and local miners are using technology to locate the clams in the mines. This particular example was the first one found by the team using Ground Penetrating Radar. The vendor will be donating 20% of his sale proceeds to a women’s outreach project in Kenya. 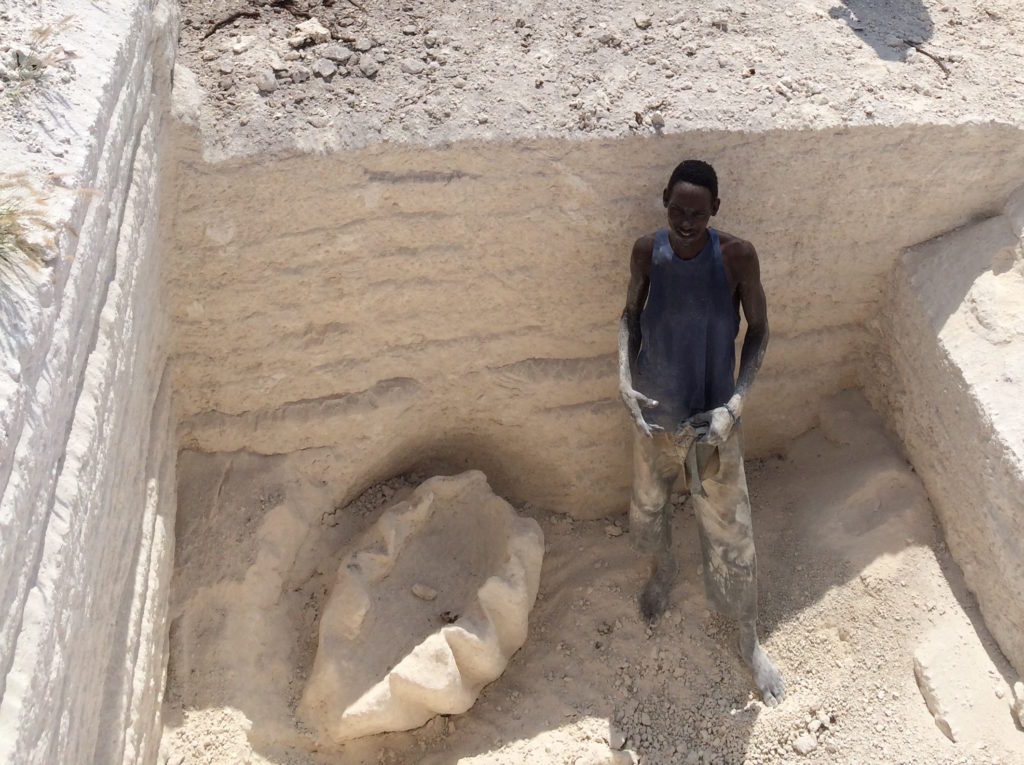 The ancient clam or Tridacna gigantea is an ancestor of today’s giant clams (Tridacna gigas), which can still be found in the seas around South East Asia and the South Pacific Islands. Living in tropical waters around 2-10 meters deep, the ancient giant clams lived symbiotically with algae that photosynthesised in the sunlit shallows. Approximately 180,000 years ago, in the later Pleistocene era, sea levels rose by 20 meters – reducing the amount of light reaching the sea bed, effectively starving the giant clams into extinction.

The giant shell will be offered with an estimate of £7,000-9,000, with global interest is expected. It is very rare to find a clam with both sides of the shell still attached, and at 110cm across, it is an impressive specimen. Single shells are highly coveted by interior designers who often make them into luxury and unique sinks and the lustrous shells are prized for their decorative qualities in the Far East.

The sale takes place on March 17.