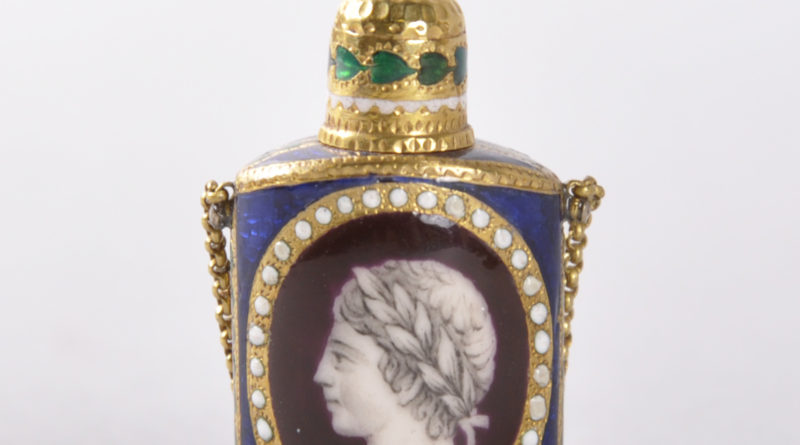 A collection of 34 antique perfume bottles achieved the sweet smell of success at Surrey auction house John Nicholson’s when it sold for a combined hammer price of £25,000 recently. 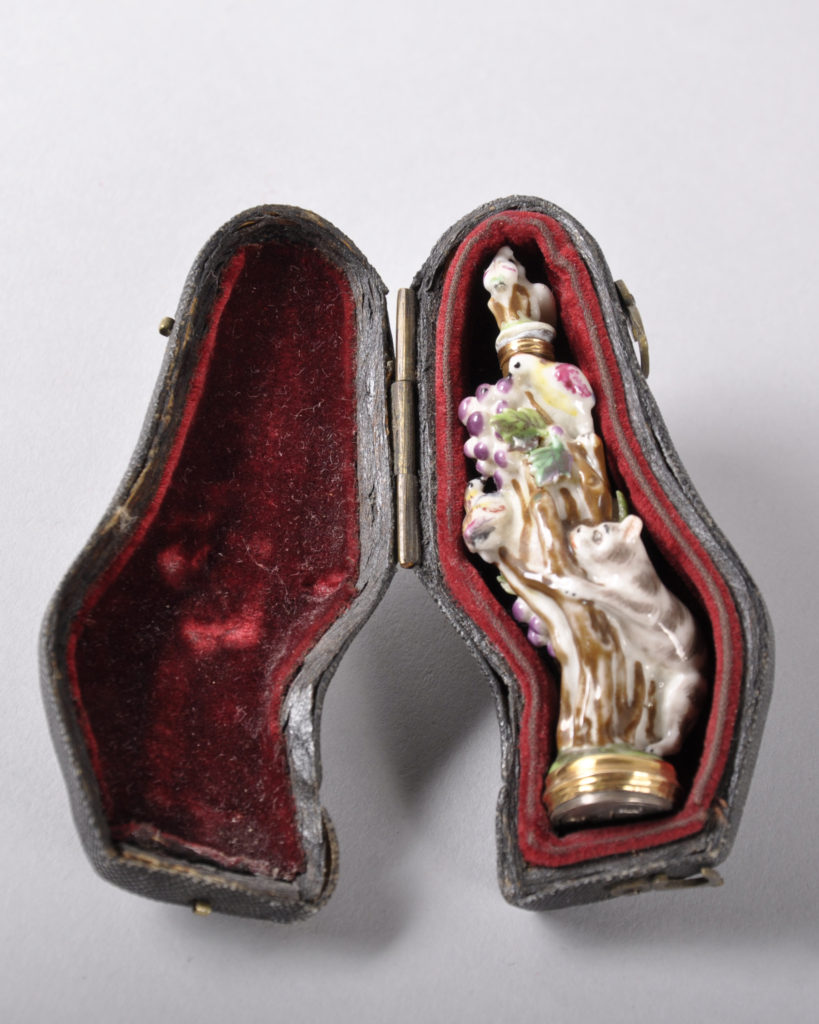 Top price was the £3400 paid for a 2¾in (7cm) long derby porcelain perfume bottle and stopper, decorated with a striped cat pursuing two turtle doves up a tree, the base with a seal of a prancing horse and angel. In a shaped leather case, it came undated but is similar to other bottles from Derby dating to the mid 18th century. The estimate was £250-500. (left) 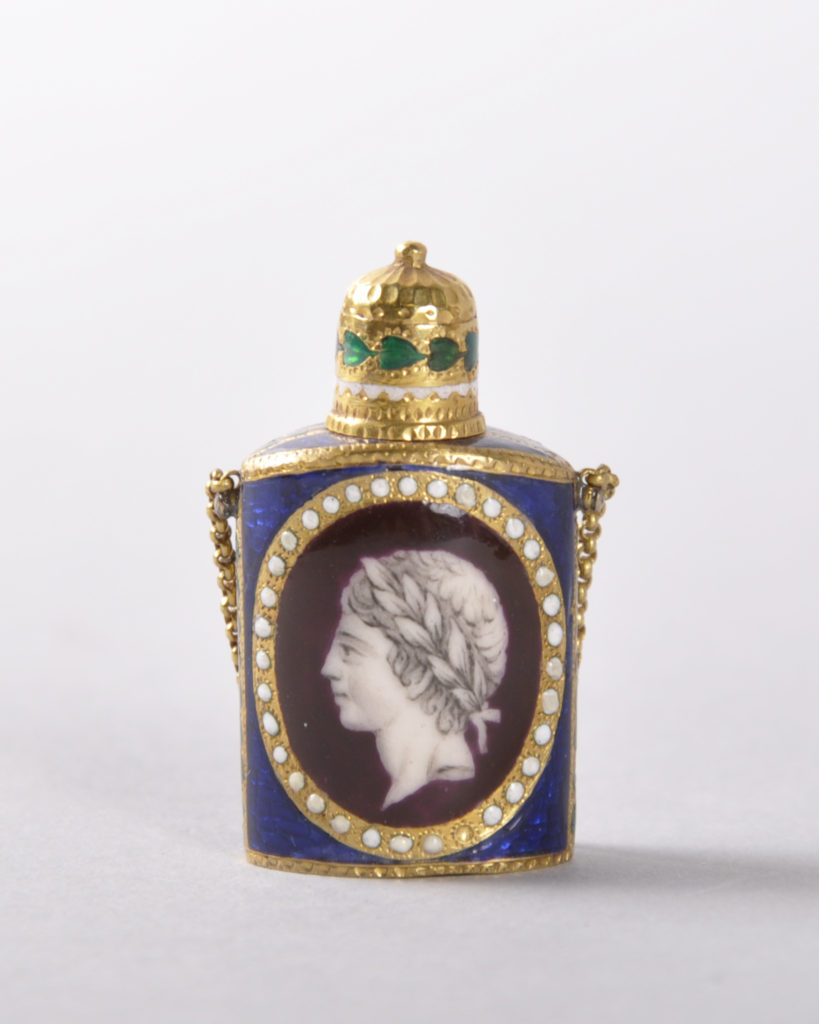 A Louis XVI period gold and enamel oval perfume bottle, the blue ground inset with a grisaille portrait, and classical figure on the reverse, with the inscription la vertu fut ma gloire (virtue was my glory), carried the same guide but more than trebled the upper end of it at £1700. (right) 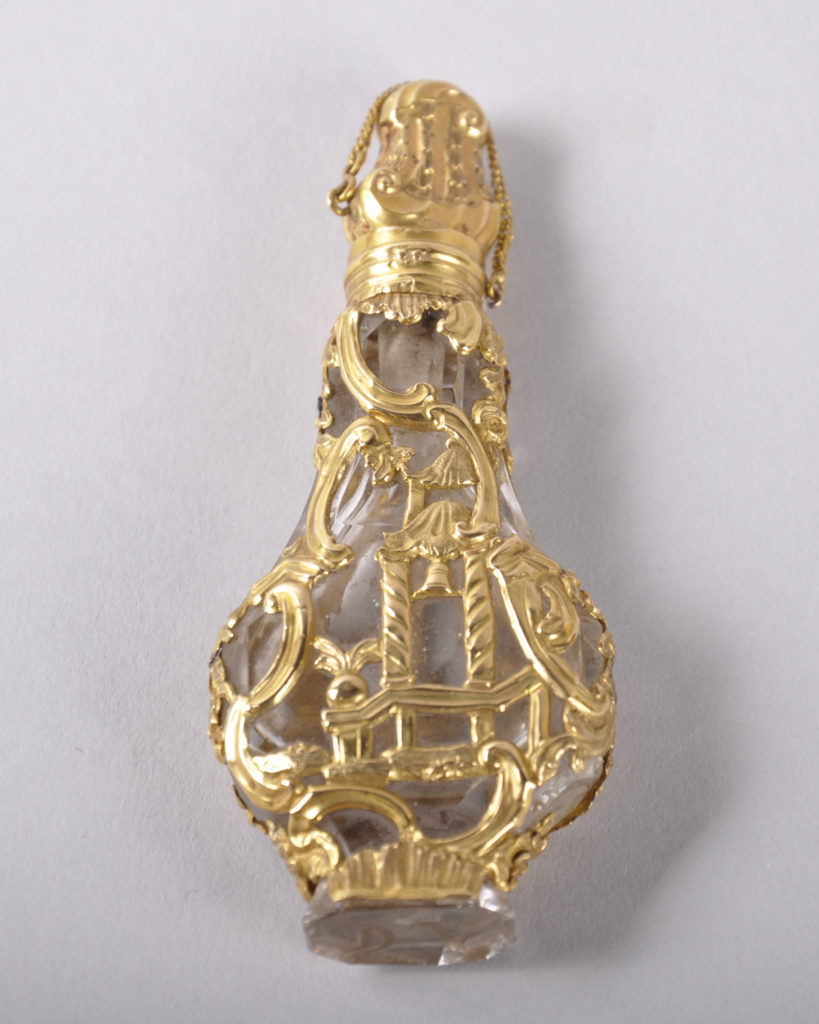 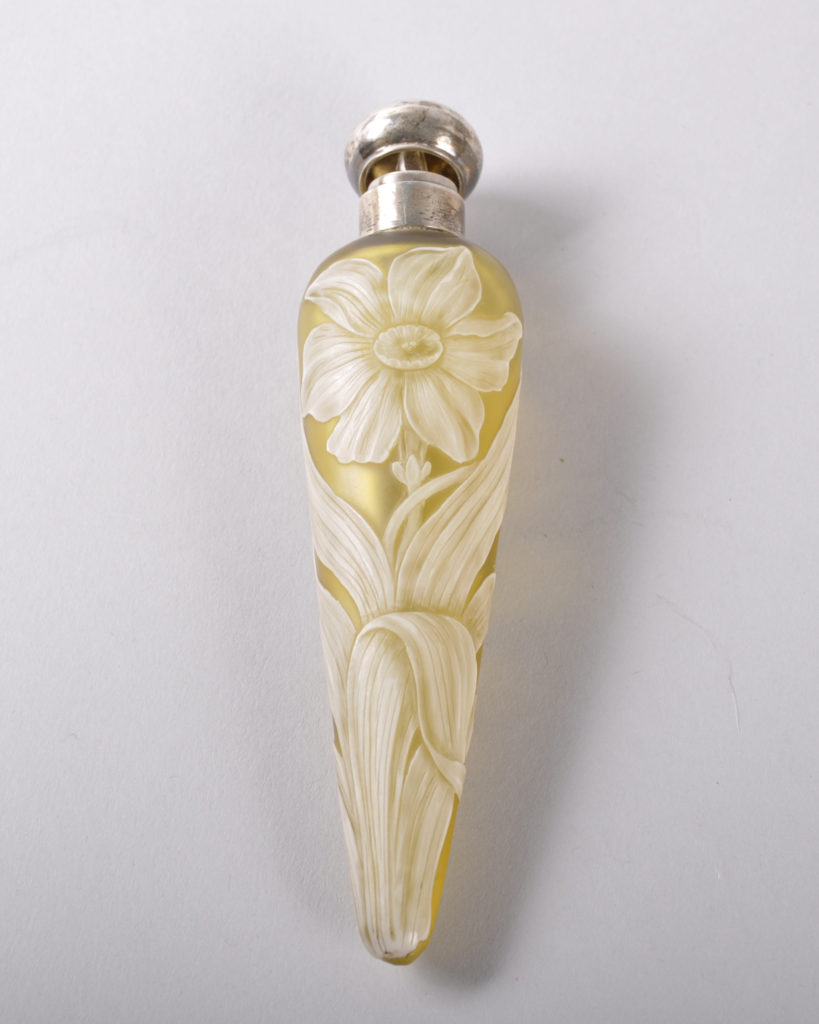 Thomas Webb & Sons, the 19th century makers, are celebrated for their swan head Cameo perfume bottles, with examples in museums such as The Met. Here a conical cameo glass perfume bottle by Webb with a silver band and top, made in Birmingham in 1885, is decorated with a narcissus on yellow ground. At 4¾in (12cm) long, it was expected to fetch £250-500, but in the end made £850. (right)

Two highlights came in at £750. The first, a finely engraved 2in (5cm) high silver-gilt vase-shaped pomander in four sections that screw into each other, is thought to be from Augsburg in Bavaria and dates to c.1690. It had an estimate of £200-300. 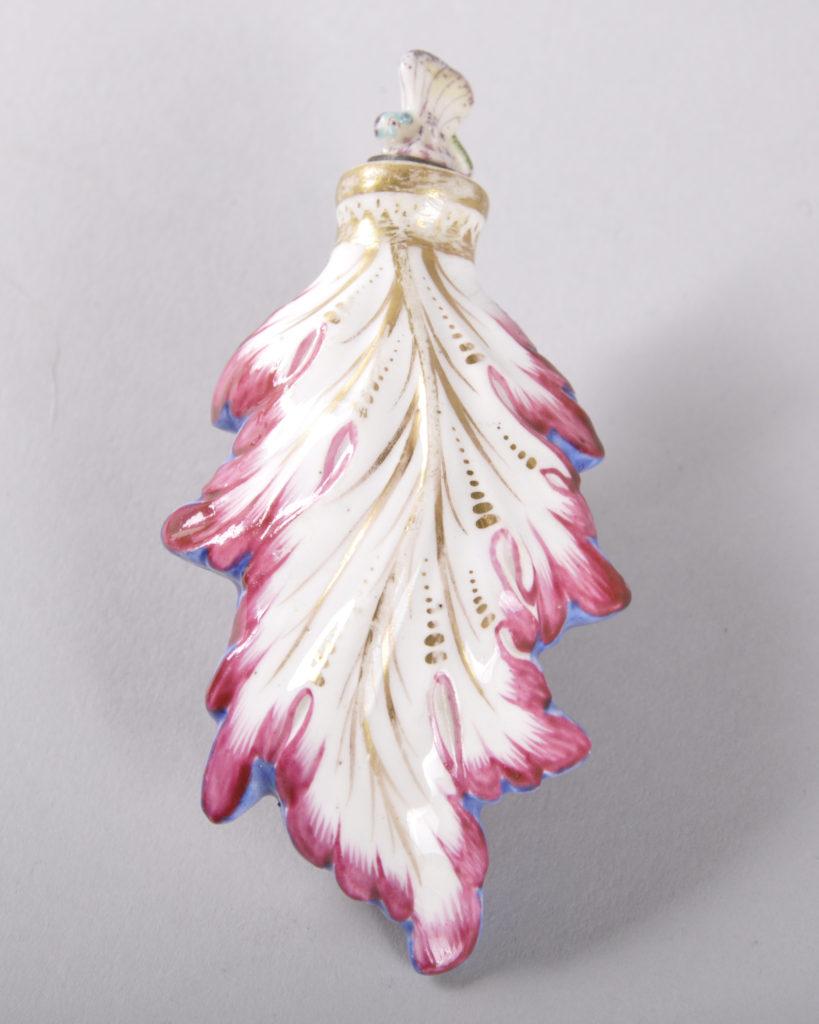 The second, a 3½in (9cm) long, c.1800 coalport porcelain leaf-shaped perfume bottle, with butterfly stopper and gilt blue and red decoration on a white ground, was guided at just £80-150. (left)

Marked GH, a 4in (10cm) long Victorian silver perfume bottle and stopper, London 1885, was enamelled with butterflies and wild roses and took £600 against an estimate of £100-150. 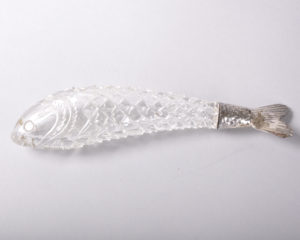 The auctioneers expect to offer another tranche of the Joyce Paretti Collection of Perfume Bottles in future and are delighted with this performance. A number feature in Edouard Launet’s 1999 book Perfume and Pomanders: Scent and Scent Bottles through the Ages.

Early keys and locks may not command the same price levels as perfume bottles, but the Vittorio Paretti collection of close to 80 lots offered in the same sale held its own well. 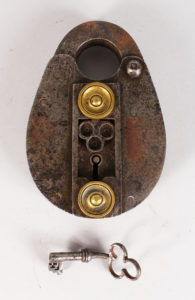