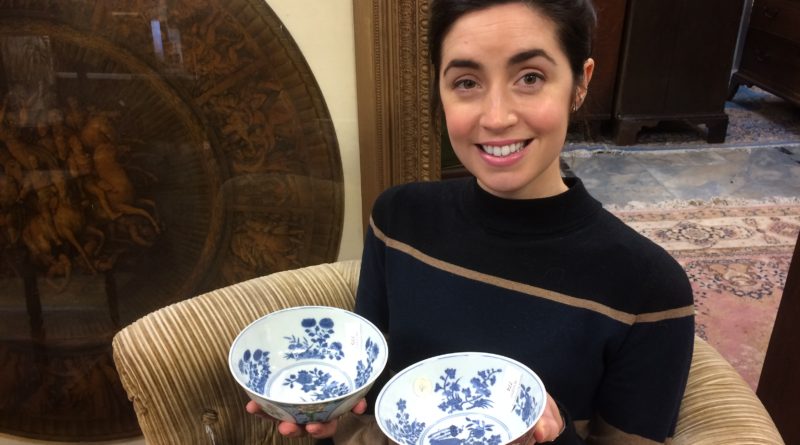 A Midlands couple is celebrating an ‘absolutely amazing’ Christmas windfall after three small Chinese bowls they thought might fund a new stair carpet made £62,000 at auction. 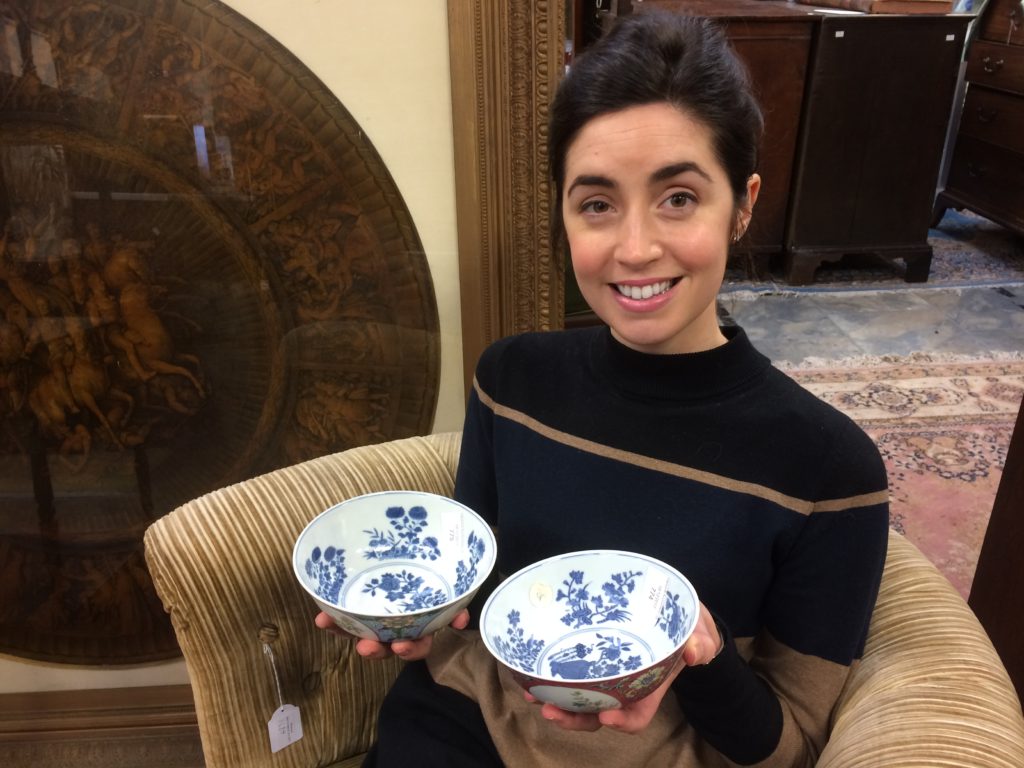 However, the stunned owner, who wishes to remain anonymous but lives near Lichfield and is in her 60s, said she doubted they had cost more than £3 originally.

She said, “My father was a great collector of Chinese pottery but the most he paid for anything was £1. He used to find pieces in junk shops when he was working in Hyson Green in Nottingham in the 1950s or 60s.

“My mother thought he was wasting his money so he used to smuggle his finds in the house by tucking them inside his coat. When he died in the 1960s he had more than 50 pieces and I sold some of them off then. 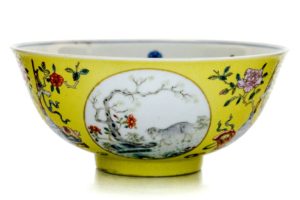 “I had the Chinese bowls valued in 1968 and was told all three were worth £75. I thought that was an exorbitant amount then but decided not to sell them – I’m so glad I did.

“I was told my father had a good eye for Chinese porcelain. I knew he read up on it. He loved the pieces and would get them out of the China cabinet to admire and dust them but I never really appreciated them like he did.”

The couple were so convinced the bowls would not fetch a huge amount they hadn’t had time to check on the auction results – until Hansons gave them a call.

“I’m absolutely amazed. I just can’t believe it. I’ve had to sit down,” said the flabbergasted owner.  “I honestly thought if they made £500 each, after deductions, I’d have enough money for a new stair carpet.

“I just can’t believe people would pay that amount of money for them, but I think it’s nice they are going back to China. 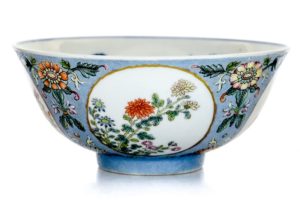 “I popped them along to a free antiques valuation day run by Hansons in Lichfield when I had a day off work one Monday, and I was over the moon with the valuation of £500 to £800.

The three 15cm diameter Daoguang mark Chinese bowls come in yellow, red and pale blue.  Each one is extensively decorated, both on the inside and outside. Goats, landscapes, trees, pomegranates, peaches, chrysanthemums, floral emblems and flowering tree branches are among the decorative touches.

Charles Hanson, owner of Hansons Auctioneers, said, “I was excited about these Chinese bowls and we thought they could do well but this result is exceptional.

“We have had some spectacular results in 2017 selling historical Chinese artefacts which have become a must-have item for the country’s richest collectors.

“Interest in Chinese artefacts has intensified since President Xi Jinping highlighted the importance of the country’s heritage. Many Chinese buyers feel their past was looted from them so they want to buy back a piece of their history.”