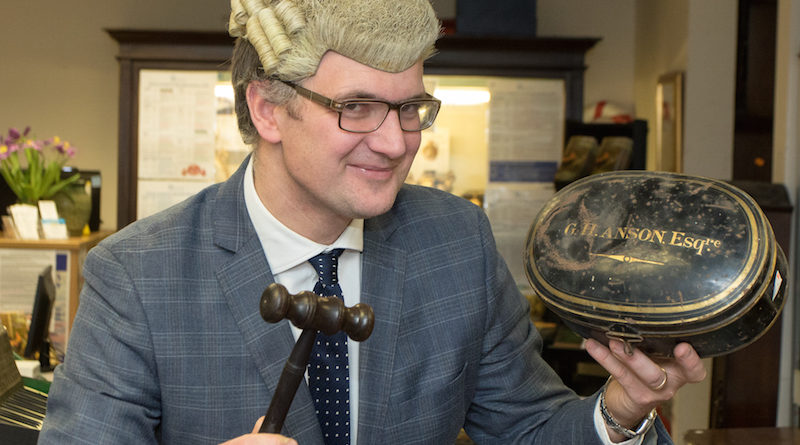 A 19th-century wig, which once sat on the head of an MP from Lichfield in Staffordshire, who also fought alongside the Duke of Wellington, is set to sell in a Derbyshire auction house.

The rare court wig belonged to Sir George Anson, a former army general in the British cavalry brigade under the Duke of Wellington during the Peninsular War.

He also went on to serve as an MP for the Staffordshire constituency. The wig still has its original carrying case, bearing the initials G H Anson Esq.

The politician was affectionately nicknamed ‘Old Sir George Anson’ by Queen Victoria, and was appointed a groom of the bedchamber to Prince Albert in 1840.

Commenting on the discovery, Charles Hanson of Hansons, said, “We found the wig when we were collating our January sale and unpacking boxes from various clients. A black, oval, gilded box, inscribed G H Anson Esq, was spotted and within it was the judge’s wig with the name on the inside.”