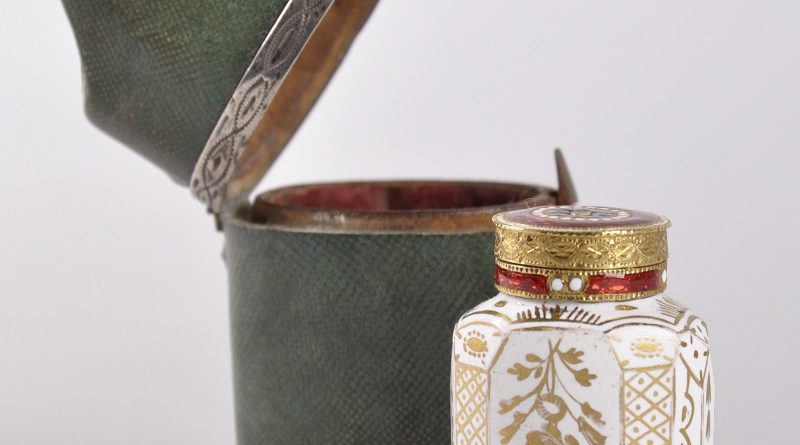 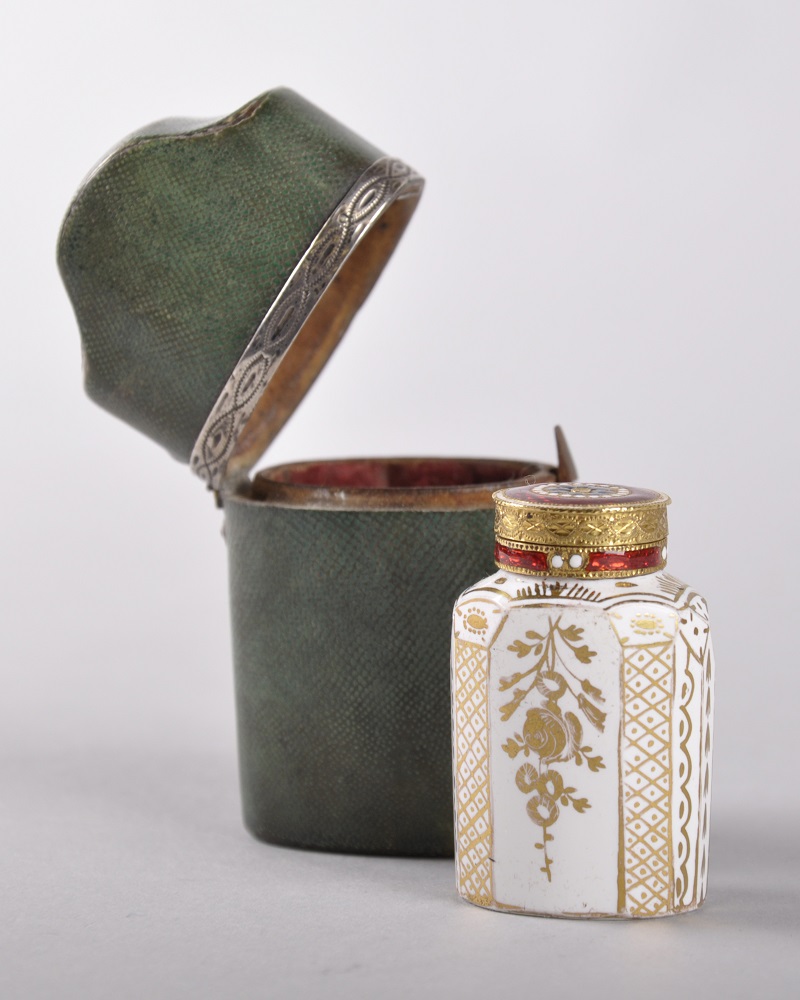 The leading lot in the recent sale was a Bristol opaque white perfume bottle, which achieved over ten times its lower estimate, selling for £5,500. Just 4cm (1½in) high, it was made in c.1770, had fine gilding, a cap with gold and enamel, and came in a fitted shagreen case with silver mount. The estimate for the bottle was £500-750.

The successful sale followed the first instalment in December, and together the two offerings have yielded more than £47,000 from the 80 or so lots sold.

The top lot in the earlier sale was the £3,400 paid for a 7cm (2¾in) long derby porcelain perfume bottle and stopper, decorated with a striped cat pursuing two turtledoves up a tree, the base with a seal of a prancing horse and angel. In a shaped leather case, it came undated but is similar to other bottles from Derby dating to the mid-18th century. The bottle’s estimate was £250-500.

Other highlights from the two sales included an 18th-century gold perfume bottle with stopper, chain and ring. Decorated with scrolls, shells and lyre, the 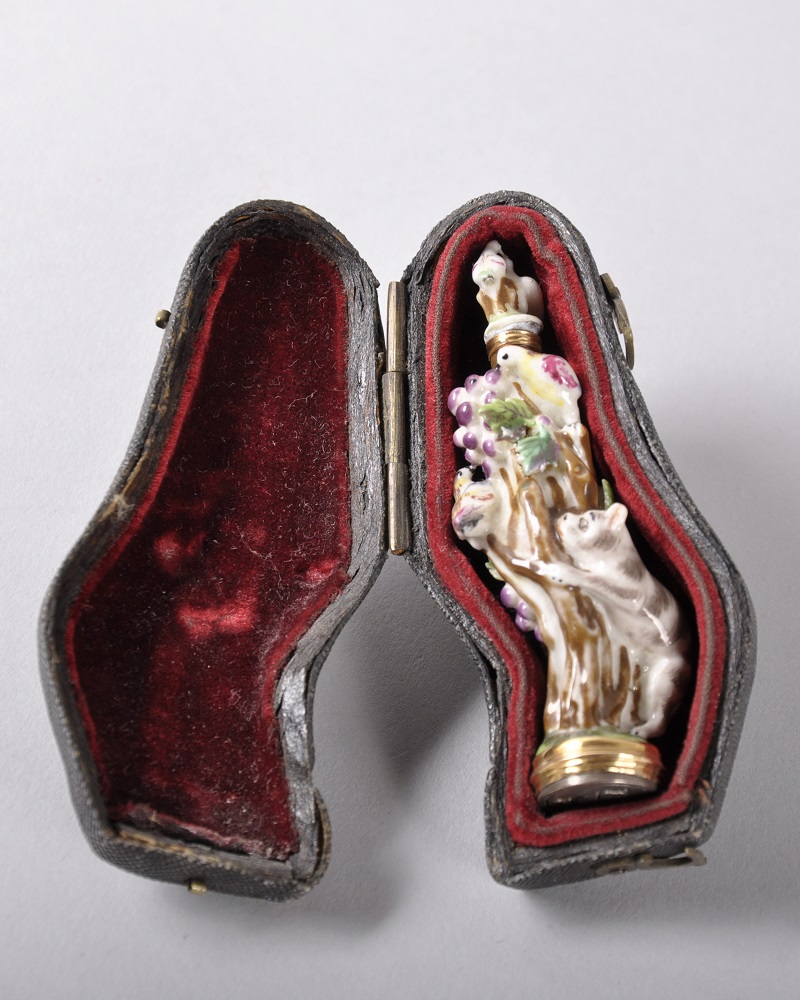 base inset with a green hardstone, the ring with a turquoise, the bottle fetched £2800 against an estimate of £250-500.

Elsewhere, A Louis XVI period gold and enamel oval perfume bottle trebled its estimate to make £1,700, while an 18th-century Chelsea porcelain perfume bottle was hammered at £1,600.

Other top sellers were:

A significant number of the lots from both instalments feature in Edouard Launert’s 1999 book Perfume and Pomanders: Scent and Scent Bottles through the Ages.