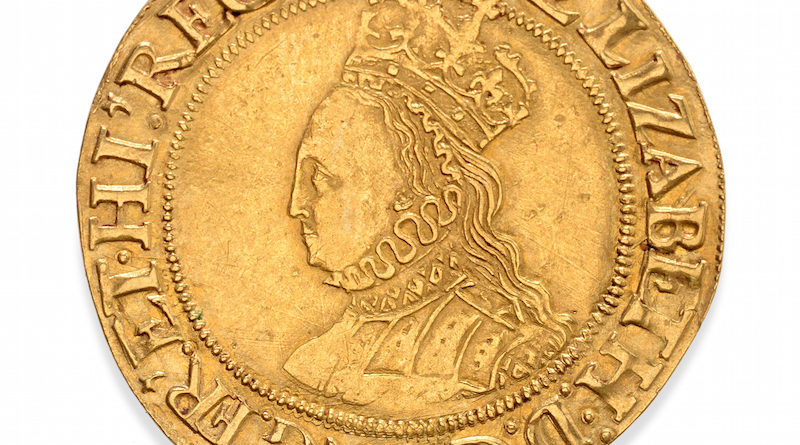 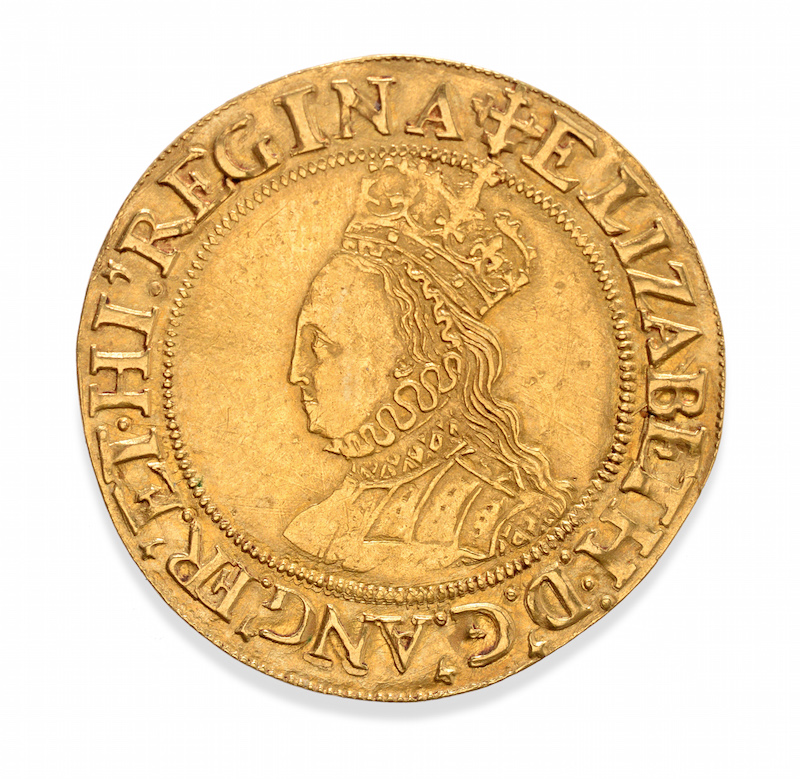 The rare ‘white glove’ sale comprised over 300 lots, including ancient hammered coins, English and foreign milled coins, banknotes, tokens and medallions, all of which sold resulting in a total hammer price of £106,390.

The Elizabeth I coin was minted in London in 1560-1561, denoted by the presence of a ‘Cross Crosslet’ mint mark, and was the equivalent of 10 shillings or a third of a sovereign.

Half pound coins of this date rarely come onto the market, and are almost perfectly round and in such good condition as this example.

Other English coins also sold well at the sale, including two Commonwealth coins from 1658, the year of Oliver Cromwell’s death.

Few coins were issued during Cromwell’s years as Lord Protector of England from 1649 to 1658. This makes coins from the period much in demand, such as an Oliver Cromwell Halfcrown, selling for £1,300 and an Oliver Cromwell Shilling, which sold for £900, both in fine condition.

Tennants said the market for modern gold sovereigns continues to be buoyant, with sets of Queen Elizabeth II sovereigns selling for between £1,850 and £2,000.