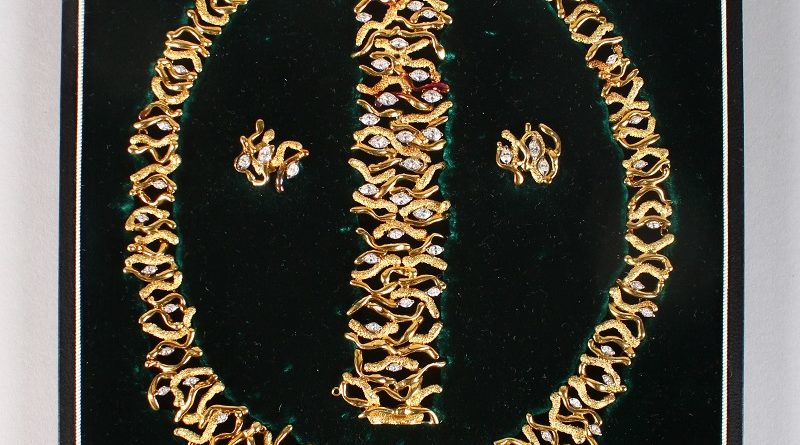 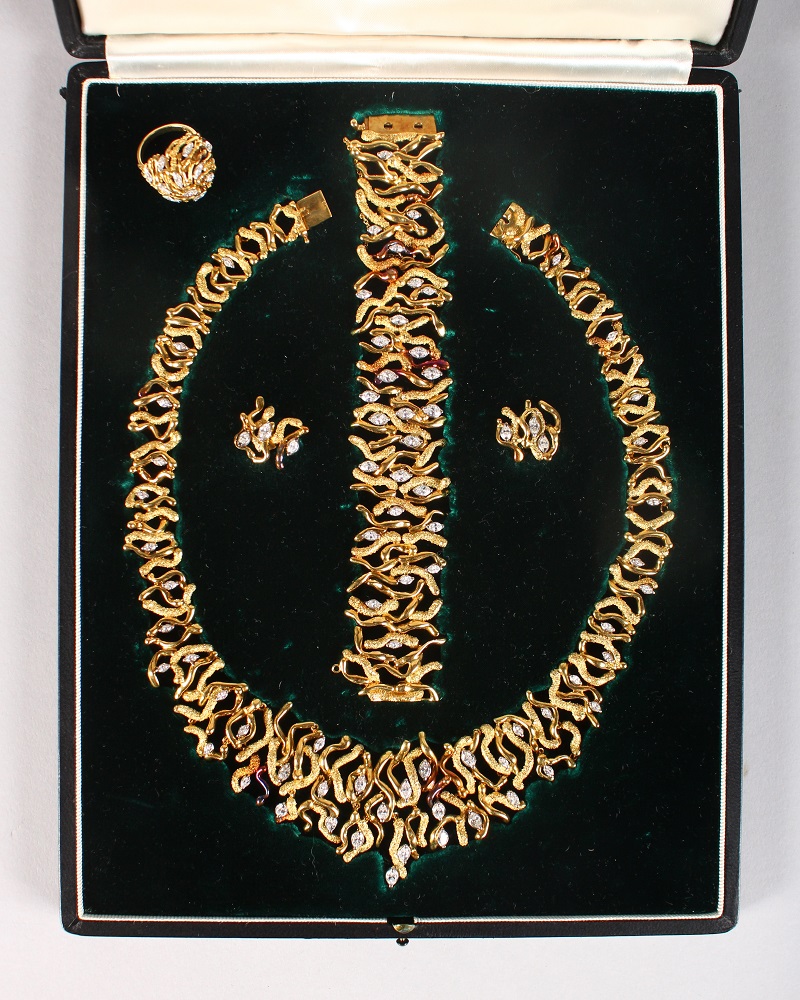 A suite of jewellery by a designer who created pieces for Princess Margaret, the Queen Mother and other Royals will appear in the Fine Antiques auction at John Nicholson’s in Surrey later this month.

The set of an 18ct gold and diamond necklace, bracelet, earrings and dress ring is a fine example of the sort of striking new abstract designs that Donald created as he explored unusual forms and textures, freeing jewellery design from the fairly narrow strictures to which it had previously been limited.

A friend and flatmate of the silversmiths Robert Welch and Gerald Benney, while studying metalwork at the Royal College of Art in the 1950s, Donald went on to establish and run a highly successful jewellery business in Geneva and London, inspired by his travels in the Middle East.

“This a rare opportunity to acquire such a parure, and we are delighted to be associated with such a fine designer, especially as he still lives locally, close to his roots,” said auctioneer John Nicholson. The estimate is £5000-8000.

The sale takes place on May 17.