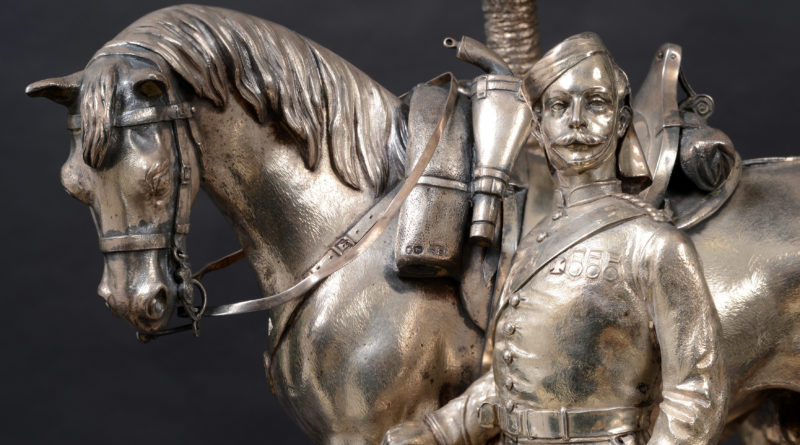 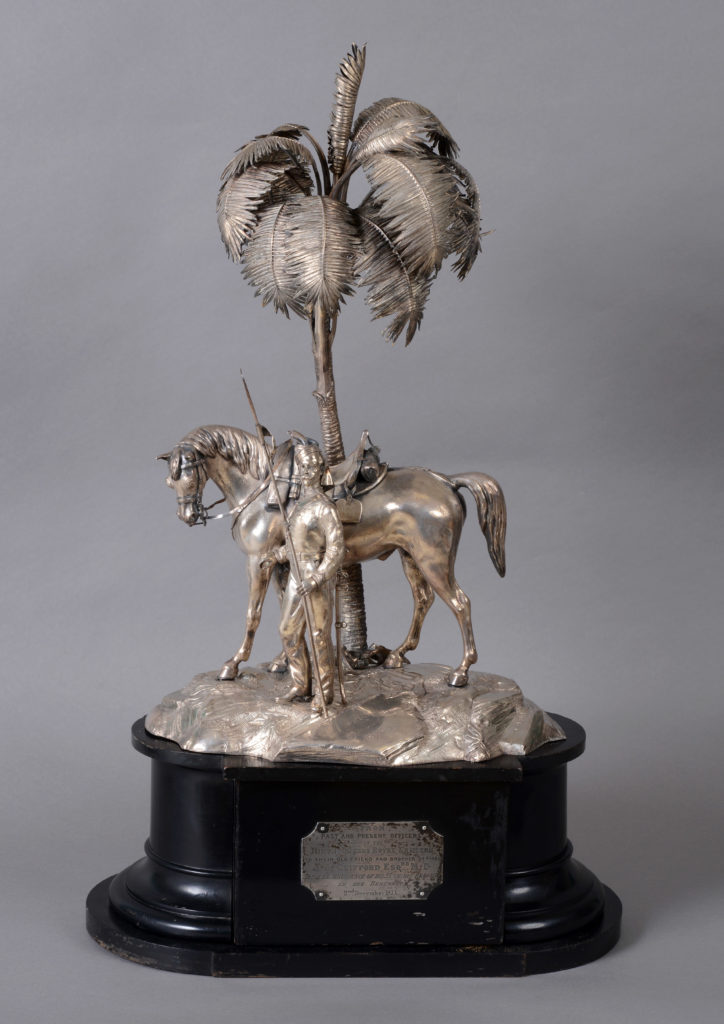 A grand silver centrepiece relating to the 9th Lancers’ Regiment looks set to be one of the highlights of a forthcoming militaria, coins and medals auction in Somerset next week when it goes under the hammer at Lawrences.

Made in 1872 by London silversmith Stephen Smith, it depicts a 9th Lancers Officer with lance in hand, standing beside his horse beneath a palm tree.

It is modelled in superb detail and the officer is as carefully finished as the sword, saddle, reins, pistol, and associated patrolling equipment of the period. Standing 28 inches (71cm) upon its plinth, the group is placed upon rocky ground and, engraved on a plain rock face, is the legend ‘A 9th Lancer Indian Mutiny 1857-58‘. The oval shaped lower plinth mount is adorned with a 9th Lancers badge and this has been taken from the 9th Lancers Pouch design.

It has passed by descent in the family of surgeon John James Clifford MD (1821-1889) who was born in Ireland and who was attached to the 9th Lancers around 1854. He served for many years as their surgeon, including during the Indian Mutiny. It was in this War that he was awarded the Indian Mutiny Medal with three bars: Lucknow, Relief of Lucknow and Delhi. These medals are also included in the auction with an estimate of £2000-3000 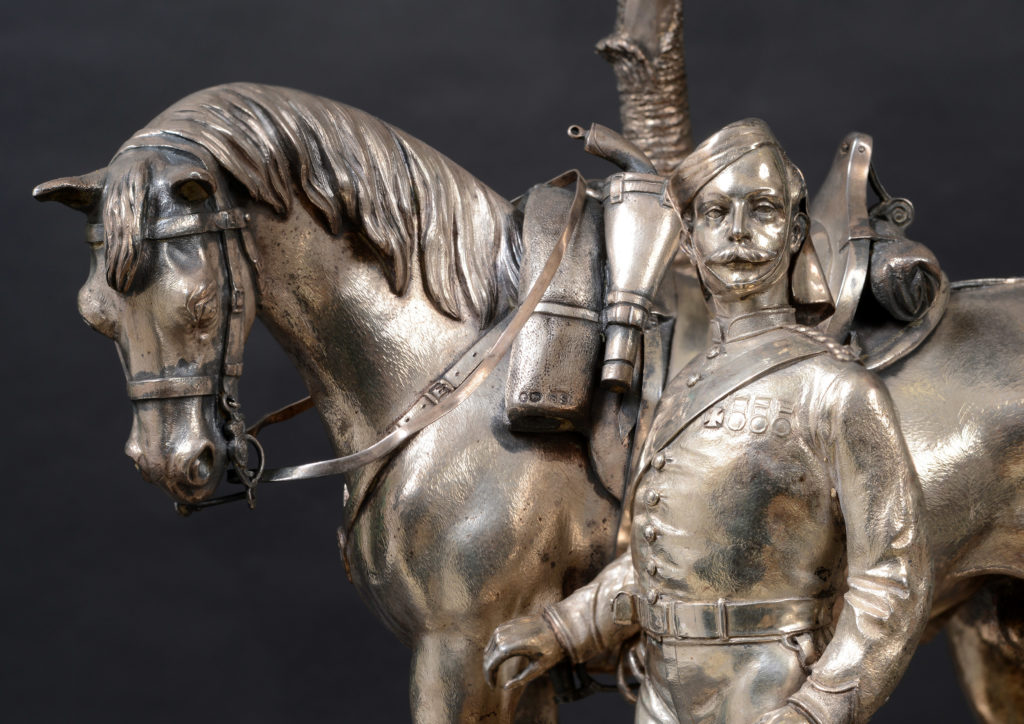 “The Regiment earned its nickname, The Delhi Spearmen, for their actions in this war,” comments Lawrences’ specialist, Jeff Day. “The Regiment was renamed the 9th Lancers in 1861 and several Victoria Crosses were awarded to those who served within it throughout various subsequent wars and campaigns. The Regiment was highly regarded – `The Beau Ideal of what a British Cavalry Regiment ought to be in oriental countries` –  and we expect that the centrepiece will make £8000-10000.”

The sale takes place on May 17.