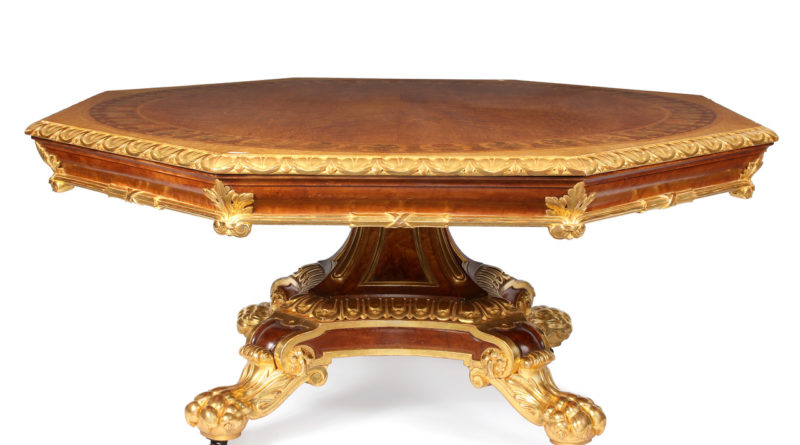 A Cotswolds’ country house sale will feature various treasures from eminent British country houses when they go under the hammer at Chorley’s over two days next month.

Many of the pieces in the Cotswolds’ country house sale, including furniture and works of art, were once in the collection of singer/songwriter Roger Whittaker at his home, Cubberley House in Herefordshire. 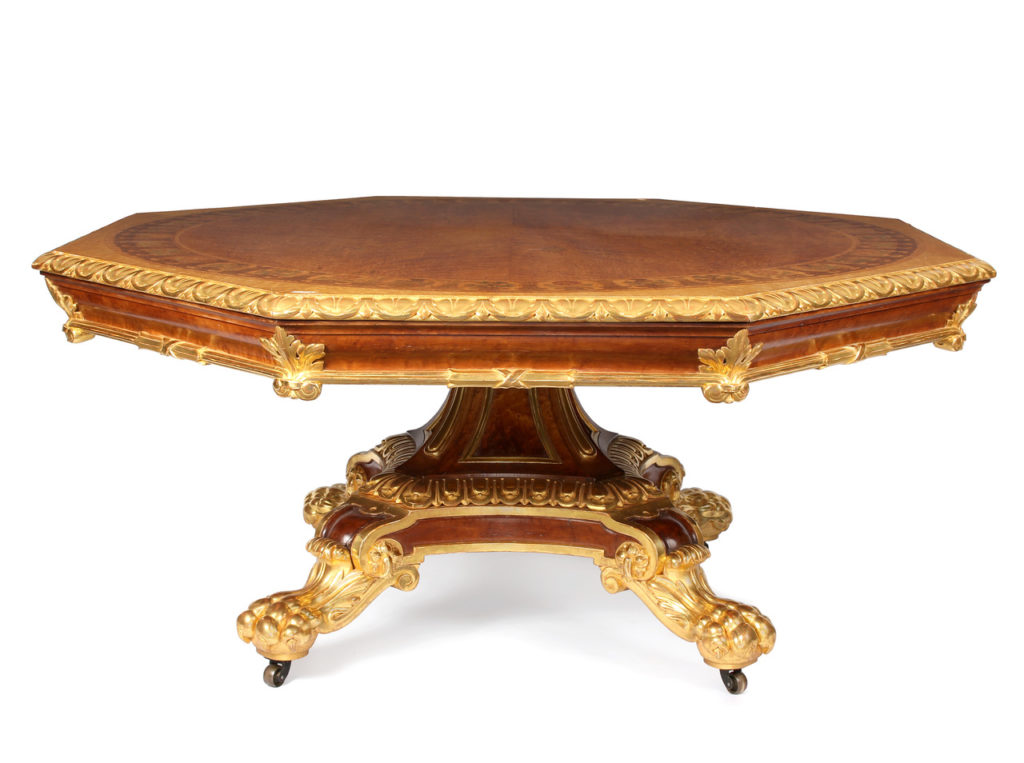 One example is a parcel gilt, marquetry maple and thuya wood table from Cubberley’s Blue Room, which was designed by the singer’s 19th-century namesake, Henry Whittaker. The table, which has an estimate of £20,000 to £30,000, once stood beside the piano where some of Roger Whittaker’s songs were created. It is possible that it also formed part of the suite made by Henry Whittaker for the Conservative and Unionist Club in London. Another table from the suite, currently on loan to Astley Hall in Lancashire, was acquired by the Victoria and Albert Museum in 1960.

Other pieces from the property include:

Elsewhere, the sale includes important clocks and works of art formerly from Foscombe House near Gloucester. For example, a pair of 19th Century ormolu and bronze three-branch three-light candelabra, estimated at £20,000 to £30,000, which were purchased at the sale of the contents of Mentmore Towers, Buckinghamshire in April 1977.

Among the clocks from Foscombe are: 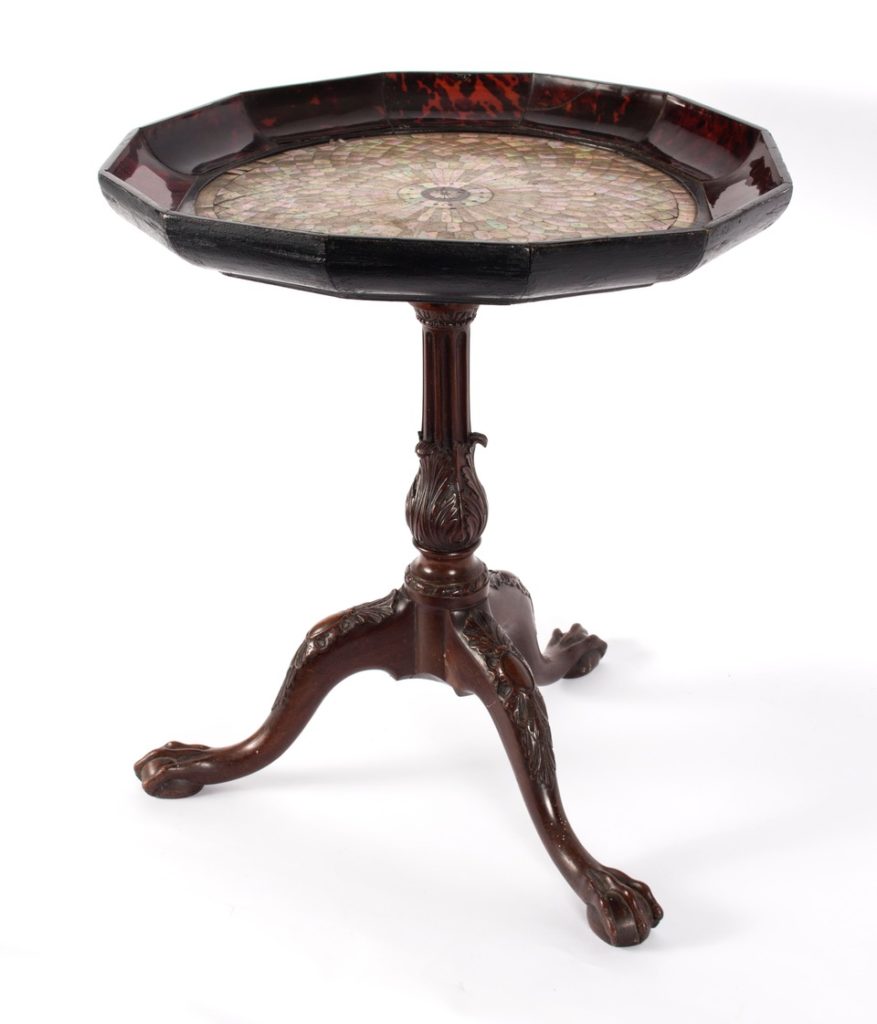 Highlights from other properties include a large Indo-Portuguese mother-of-pearl and tortoiseshell tray, later
mounted as a table. The mother of pearl element would have been created in Gujarat and this type of work was
much prized from the 16th to the 18th Century. Spotted on a contents valuation near Tewkesbury it is now
offered at £3000-5000 and may well find its way back to India where the demand for this type of work has been
rekindled.

A beautiful mid-17th Century stumpwork framed mirror from a house in Worcestershire is expected to realise between £8,000 and £12,000. The mirror was formerly in the Richmond Collection of early English Needlework
and depicts the continents. America to the top holds a bow and arrow, Europe to the left holds a book and
sceptre, Asia to the right holds an incense burner and Africa to the lower border holds a branch.

Selected contents from Tivoli Lodge in Cheltenham and The Old Manor House, Tetbury include silver, ceramics
and books.