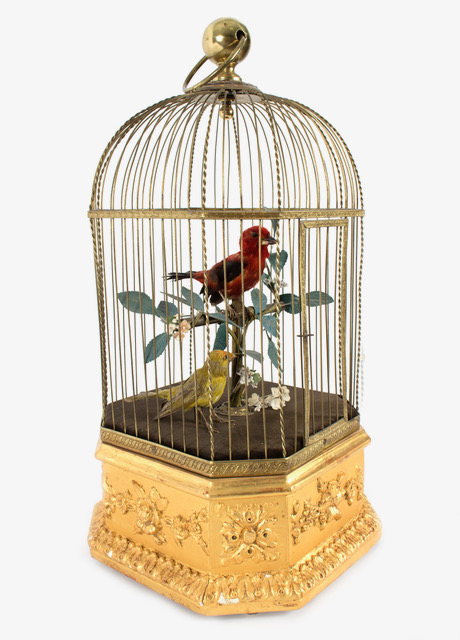 A rare antique bird automaton by Bontems of Paris in the form of a birdcage containing two birds, one on a floral branch, a square gilt base with canted corners is up for auction in Gloucestershire later this month.

Bontems was a noted Parisian specialist, renowned worldwide in the manufacture of automaton singing birds in the 19th century.

In 1867 a reporter described the singing birds as having a “soul” and they were renowned for the realism of their song and the movements of their wings tails and bodies which are generated by a complex arrangement of gears, springs and bellows.