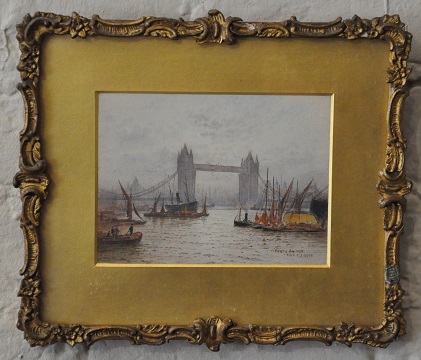 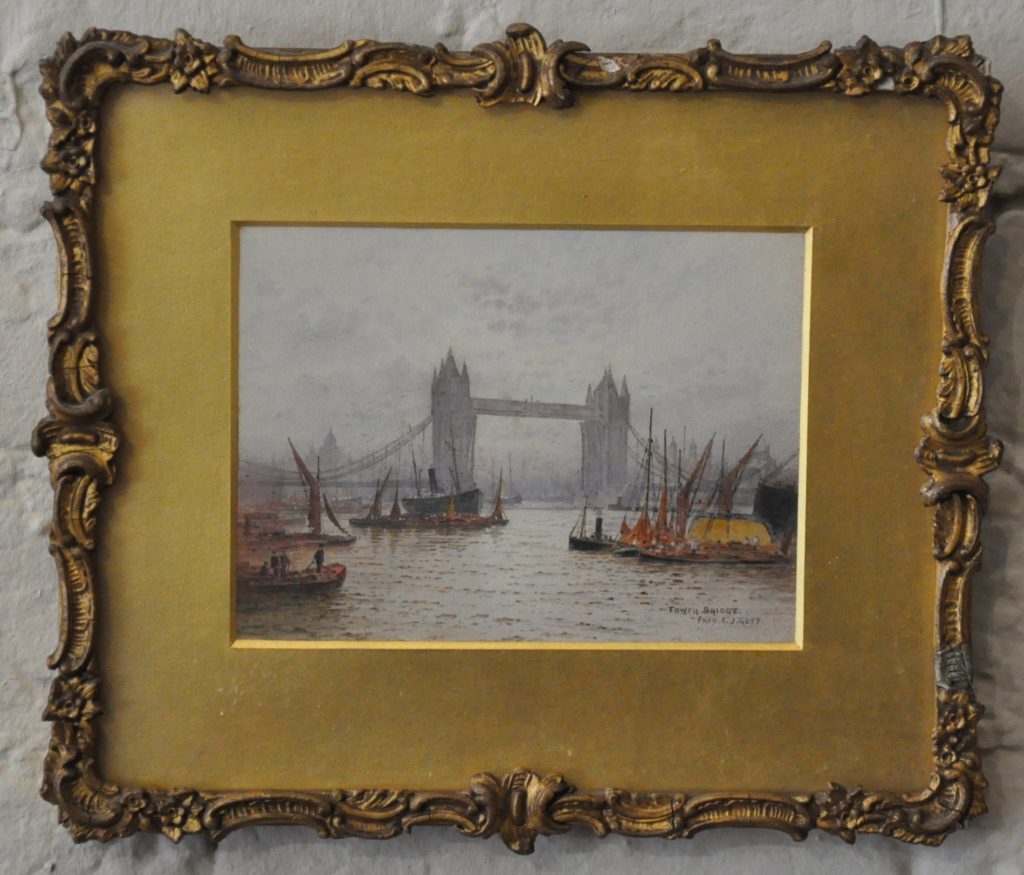 A trio of atmospheric watercolour paintings of London scenes from more than a century ago captured the interest of buyers in a recent London saleroom.

The paintings sold in Hansons London July auction depicted Tower Bridge, boats on the Thames below London Bridge and Westminster in the late 1800s.

The works were by Frederick E. J. Goff, a London topographical painter who painted mainly in watercolour and lived from 1855 to 1931. Goff exhibited at the Royal Academy, the New Watercolour Society, the Royal Institute of Painters in Watercolour and the Glasgow Institute of the Fine Arts and the paintings in the sale were on public display between 1891 and 1900.

He is best known for his small watercolour views of London which capture the mood of the late Victorian city.

With magnifying glass in hand, the artist painted some of London’s most iconic views, including colourful Thames life with its eclectic mix of boats and impressive architectural landmarks. The three paintings sold for £1,200 from an estimate of £300-£500.

Charles Hanson of Hansons London, said: “Our Teddington saleroom was packed. There was a wonderful atmosphere and plenty of keen bidding. Many lots exceeded their estimates.”

Other star lots the sale included: