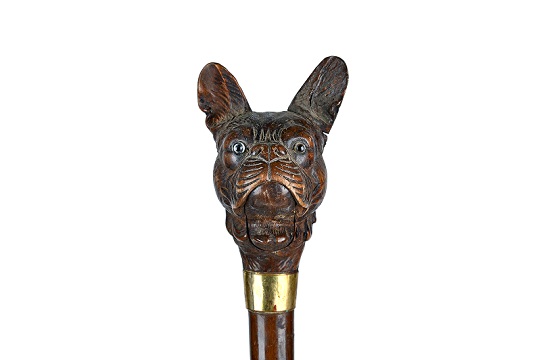 A large, single owner collection of over 250 novelty antique walking canes and gadgets is going under the hammer in a West Sussex auction house next month. 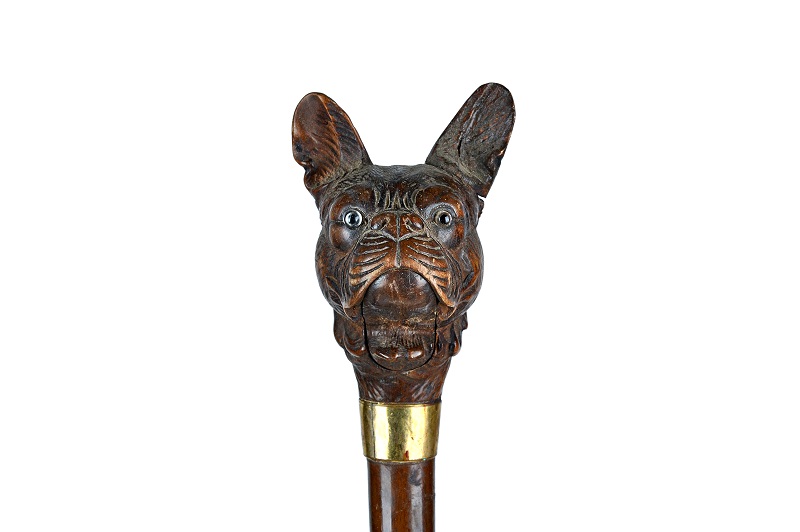 Bellmans Auctioneers will be selling the wide range of antique walking canes, many of which date back to the 18th century, in its interiors auction on August 8. The canes were accumulated by a private collector who spent many years buying them at auction and from private sellers. 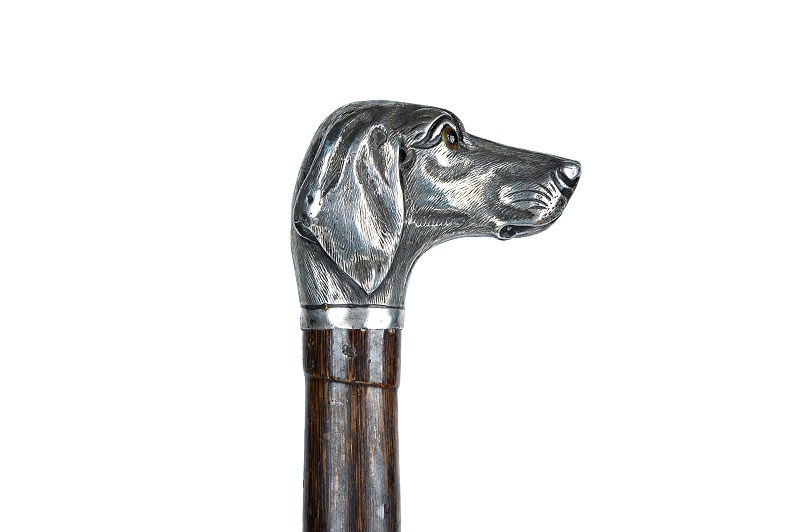 The collection includes a number of much celebrated Black Forest carved handles. Carvers from the Black Forest specialised in the production of furniture, clocks and miniature novelties. Subject matter often included bears and woodland topics, many with humorous or fun elements. The auction house believes that cane collectors will be excited to see the rarer cats and dogs featured in this collection. 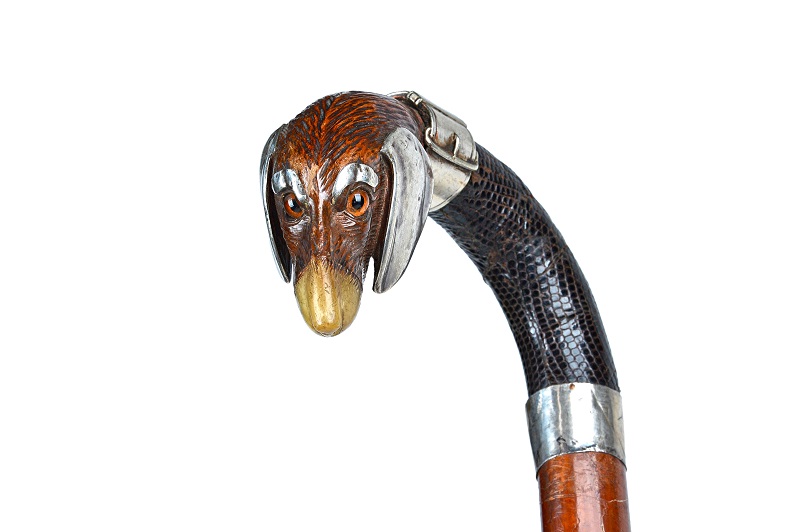 Other key examples include an early 20th-century bulldog umbrella with automated mouth and ears, with a gilt metal collar, bamboo handle and silk shade.

However, the sale is not just limited to animals and also includes a cloisonne enamel hardwood walking cane, circa 1900, with exquisite egg form pommel, estimate £200 -£300. And a very unusual continental gold mounted snakewood walking cane, late 19th century, with an estimate of £200- £400.