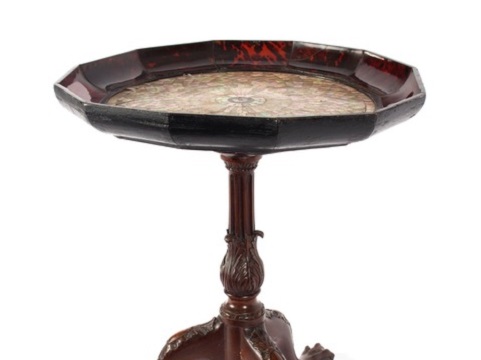 An Indo-Portuguese antique mother-of-pearl tray has sold for £35,000 in a Gloucestershire auctioneers. 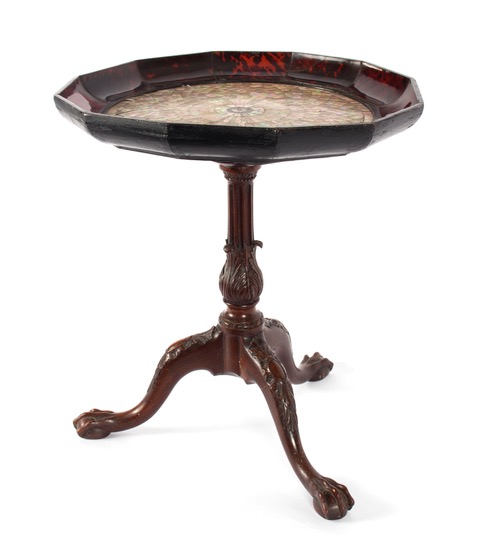 The tray, made from mother-of-pearl and tortoiseshell is from Gujarat in India, far exceeded expectations of its original £3,000 to £5,000 estimate at Chorley’s auctioneers.

The tray, later mounted as a table, is an example of Gujarati mother-of-pearl wares, highly desirable in the 16th, 17th and 18th Centuries, which remain sought after by buyers in India, Portugal and the UK.

The table was the second item from the sale to outdo its original estimate by a substantial amount. Elsewhere, Portrait Of An Admiral, an oil painting by I Miller circa 1750, sold for £7,500, nearly ten times above the original estimate of £600-800. The Admiral wearing a wig and a blue gilt braided uniform, is thought to be Admiral Anson who discovered the bread fruit, one of which is pictured beside him.