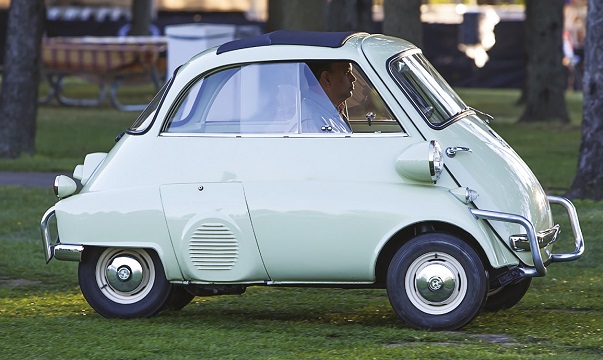 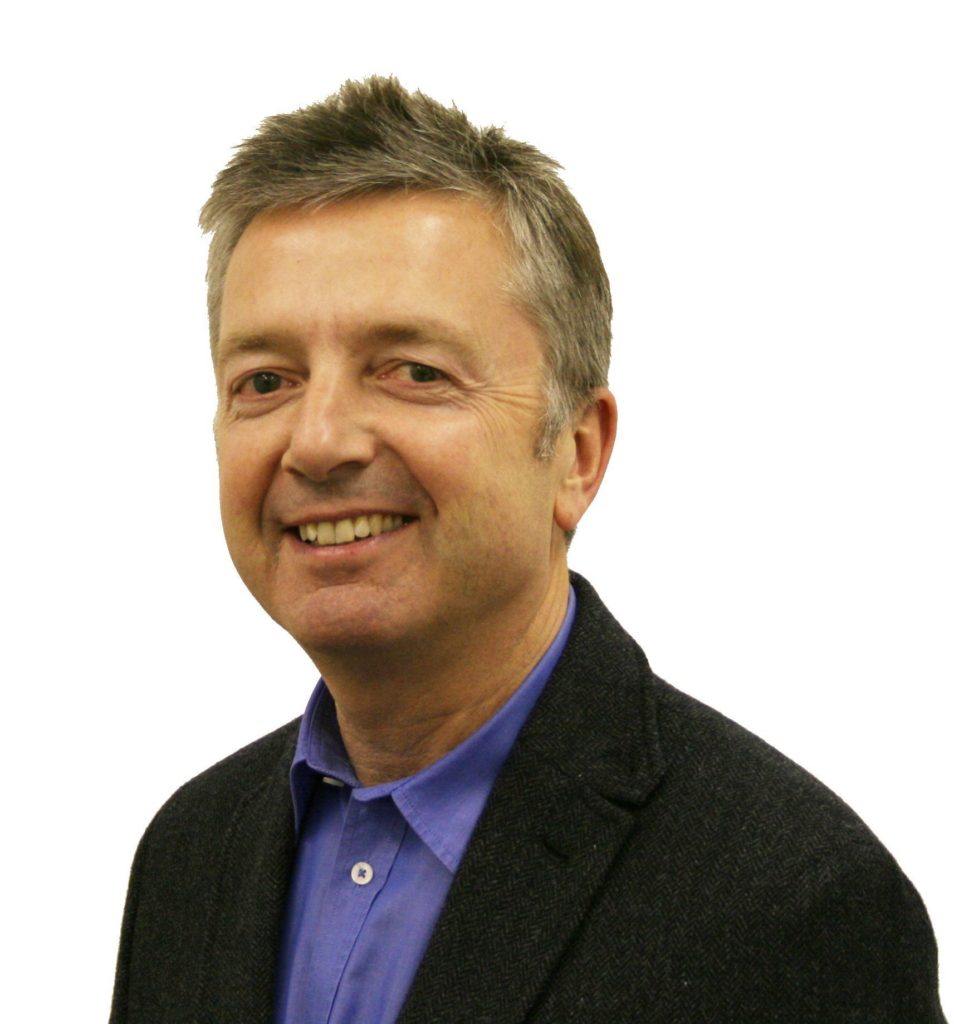 Keeping youngsters entertained during the summer holidays can always be something of a challenge, so collecting expert Paul Fraser presents seven of the UK’s weirdest museums that will ignite their passion for the highly unusual. 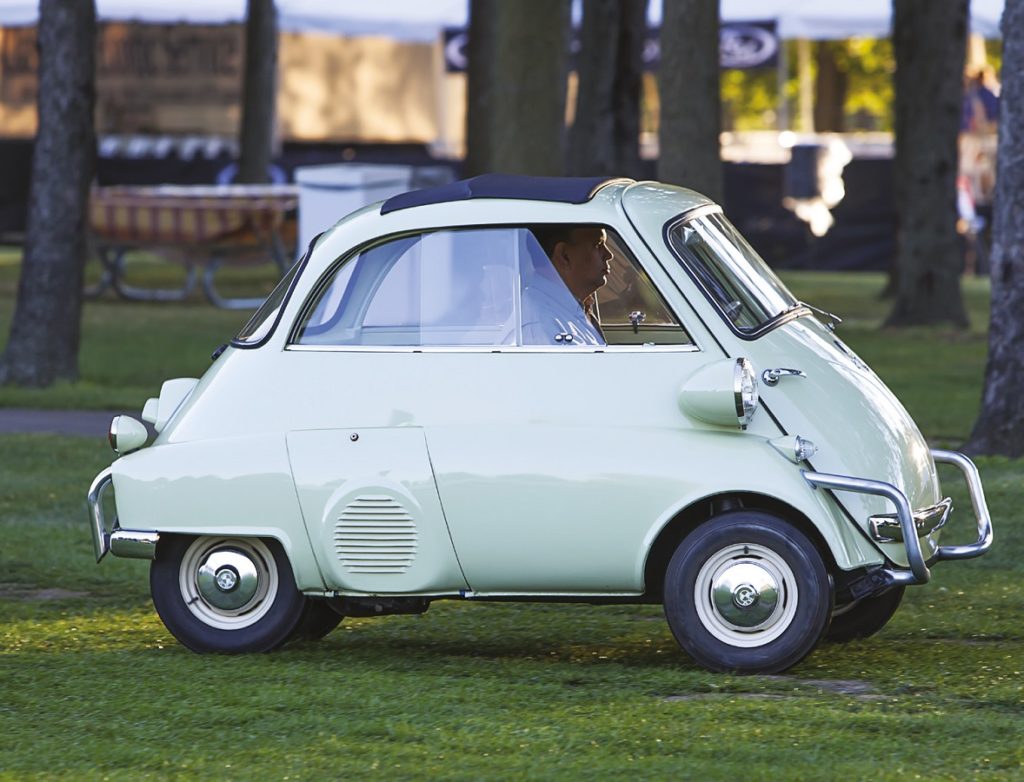 Cramped. Noisy. But an absolute blast to drive, vintage bubblecars (also known as microcars) from  the ‘50s and ‘60s are rising in value at auction. You’ll get tonnes of inspiration at the Bubblecar Museum, where 50 tiny vehicles from the likes of vintage manufacturers Bond, Peel and Frisky reside.

Collecting tips: Looking to announce yourself on the bubblecar collecting scene? Getting your hands on a vintage Peel P50 is a great place to start.

You can also pay a lot less. A vintage Bond Minicar can be yours for between £500 and £3,000, depending on condition, while early 1960s Heinkel/Trojans in good condition sell for around £3,500.

The Museum of Witchcraft and Magic, Cornwall 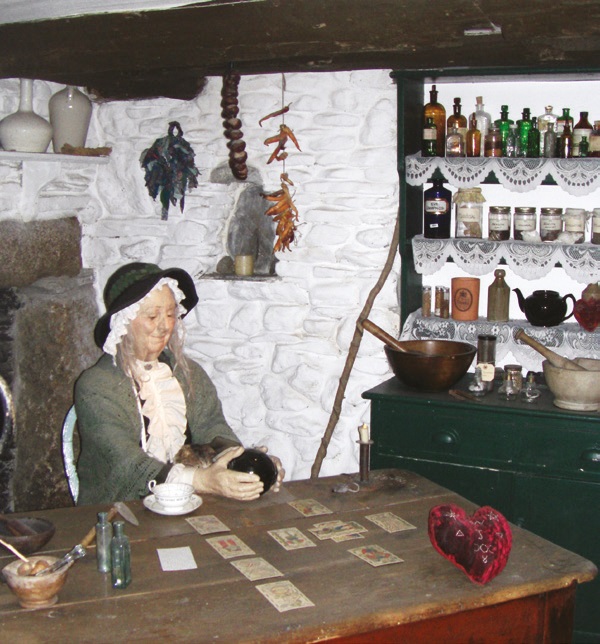 From Voodoo dolls to ducking stools, you’ll find them all at this popular museum. Open since 1951, it is home to “the world’s oldest and largest collection of items relating to witchcraft, magic and the occult.”

Collecting tips: Artefacts connected with stories of witchcraft have a strong collector base. Rare, original handwritten indictments of defendants of the 17th-century Salem witch trials can sell for £20,000 while a 19th-century witch ball costs around £150.

Not convinced? Neither was Reginald Scot. A copy of his 1584 exposé, The Discoverie of Witchcraft, thought to be the first ever book published on witchcraft, sold for £30,000. 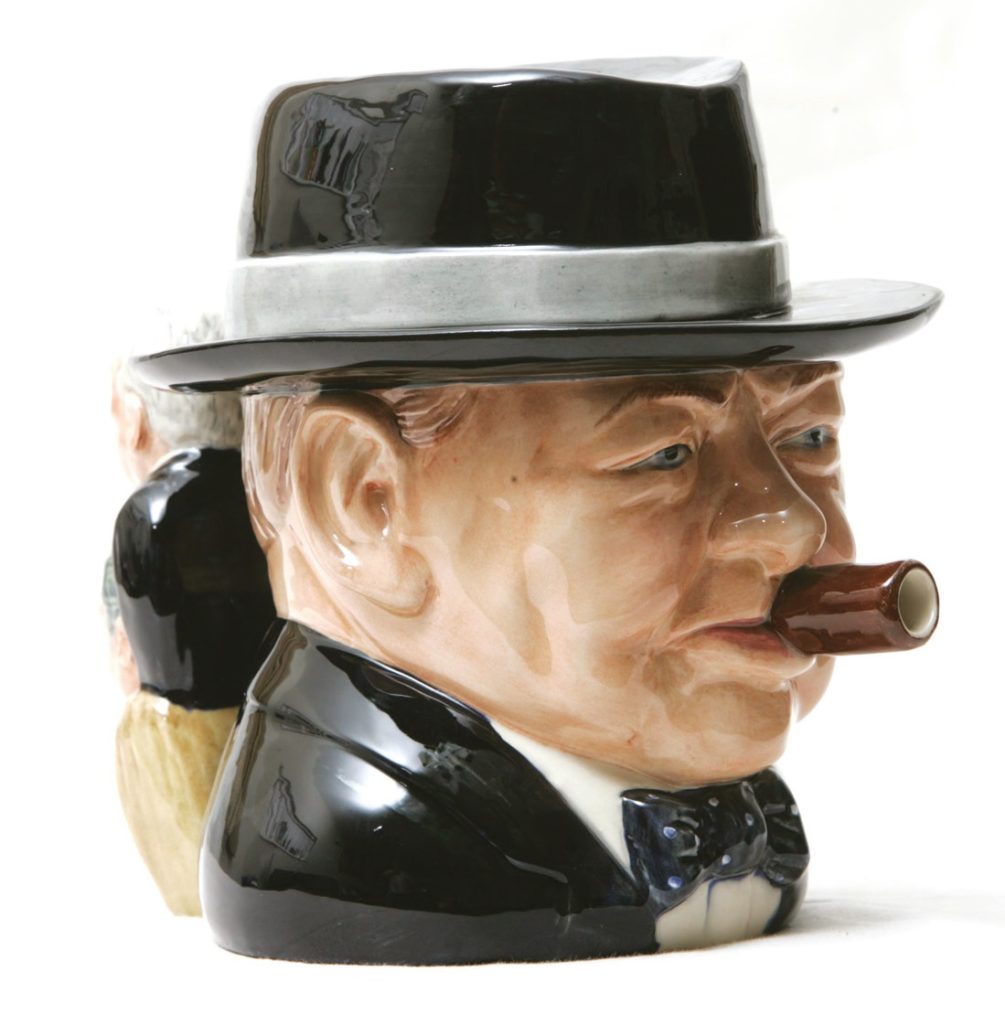 More than 8,000 teapots old and new are yours to peruse at Teapot Island. There’s a particularly strong novelty section, which includes teapots in the guise of Winston Churchill, Darth Vader and a Dalek.

Collecting tips: Now is a great time to be buying antique teapots. Prices for 18th and 19th-century porcelain have hit new lows. If you’re hoping to build a collection with investment potential, focus on quality.

Even minor chips can send prices tumbling. How to spot an 18th-century-teapot? Tea was expensive  in those times, meaning servings were smaller, and so were the teapots. Wedgwood and Spode are two classic names to consider. 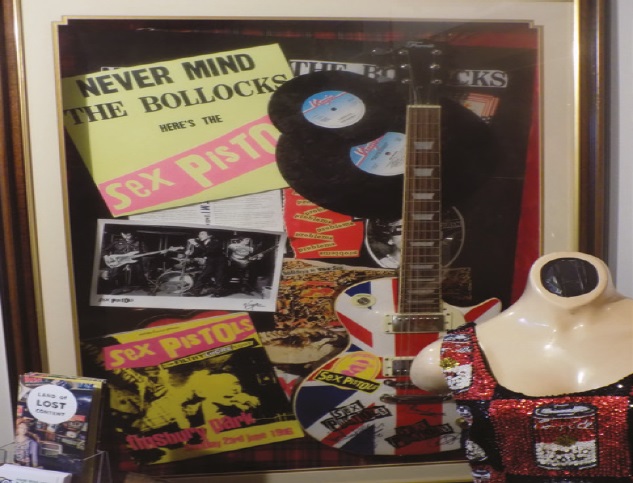 “Britain’s foremost collection of pop culture ephemera, obscure and ordinary objects from the pre-digital era.” Yes, a visit to the Land of Lost Content is a visit to your past.

Walk through the themed rooms and you will find the tobacco your uncle smoked, the poster you sat next to each morning at the bus stop, and the Bush radio your mum listened to while making the dinner.

“I realised when a student that other museums were ignoring the lives, experiences and possessions (and the hopes and dreams) of the ‘ordinary’ people of Britain,” explains Stella Mitchell, who founded the museum in 1991.

Collecting tips: A trip to the museum may inspire you to start a collection from today. That cereal box that caught your eye? The railway timetable from your trip to Devon? The leaflet from the double glazing firm?

Decades from now, someone else will enjoy them too. 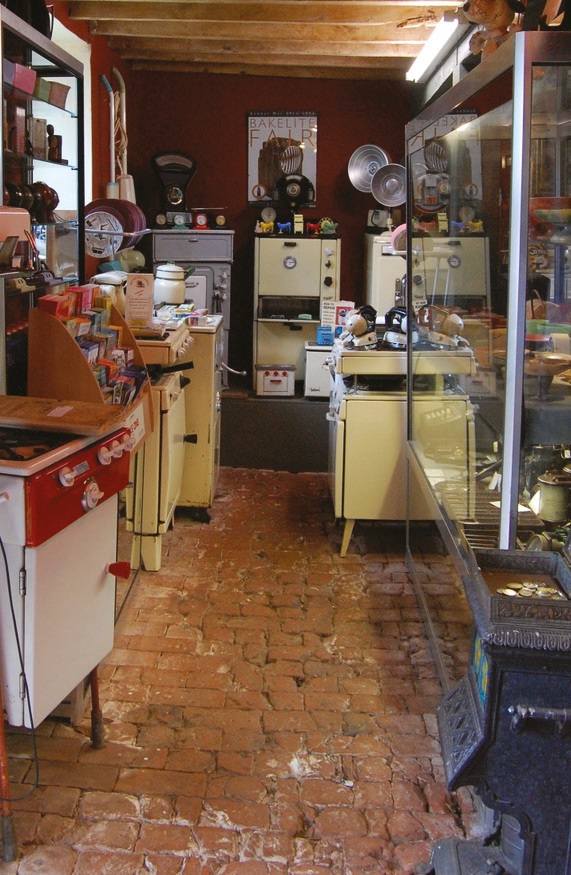 Leo Baekeland’s 1907 invention changed everything. Cheap to make and easy to mass produce, the world’s first plastic enabled people to afford items they could only have dreamt of previously.

The Bakelite Museum is testament to the revolution engendered by “the material of 1,000 uses”. Here you will find Bakelite televisions, radios, typewriters, toys, phones, tie-presses, clocks, even ovens and a car. There’s also a coffin.

Collecting tips: The Bakelite collecting boom of the last 20 years means prices are strong – it’s hard to find a bargain – especially for those pieces that have maintained their original vibrant colour. Expect to pay north of £1,000 for fully working examples of the finest 1940s Bakelite radios. Bakelite necklaces in top condition can achieve close to £1,000 on occasion. On a budget? Household products such as Bakelite thimbles, napkin holders and pepper pots will cost you less than a fiver. 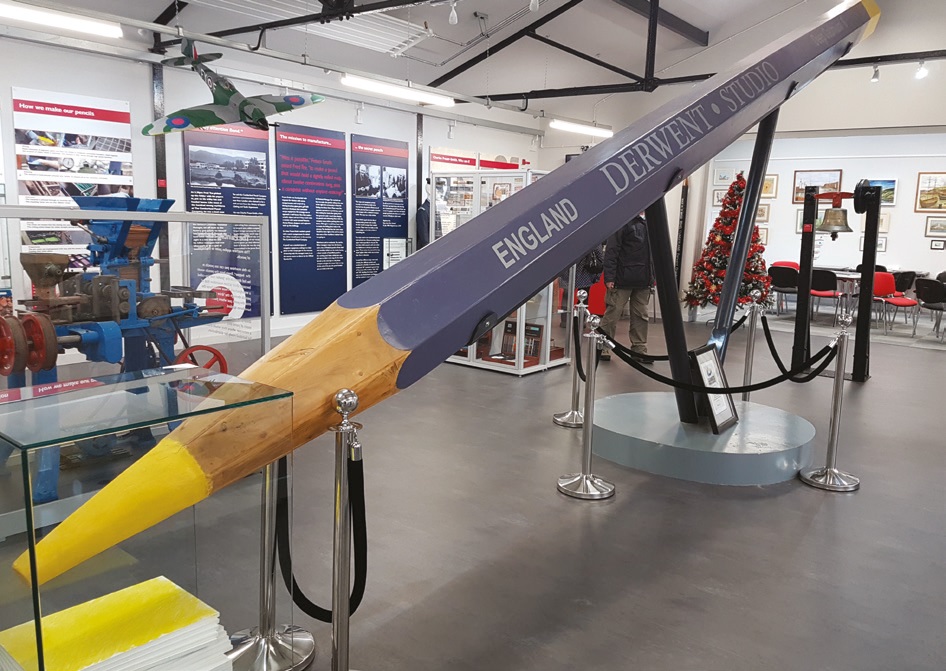 See the world’s largest colouring pencil – a staggering 8m (26ft) long and even make your own pencil.

Cumbria’s Pencil Museum, located on the site of a large discovery of graphite in the 16th century, is fun and informative, for young and old.

Collecting tips: The first question before you start collecting is: “wooden or mechanical?” Vintage wooden manufacturers include Cumberland, Joseph Dixon, Eberhard Faber and Staedtler. A pack of 12 unused 1930s Eberhard Faber Blackwing 602s comes in at close to £2,000. Discontinued in 1998, they are very sought after by collectors today. For a mechanical pencil, expect to pay at least £75 for an unmarked 19th-century silver example in good condition – more if the maker is known. 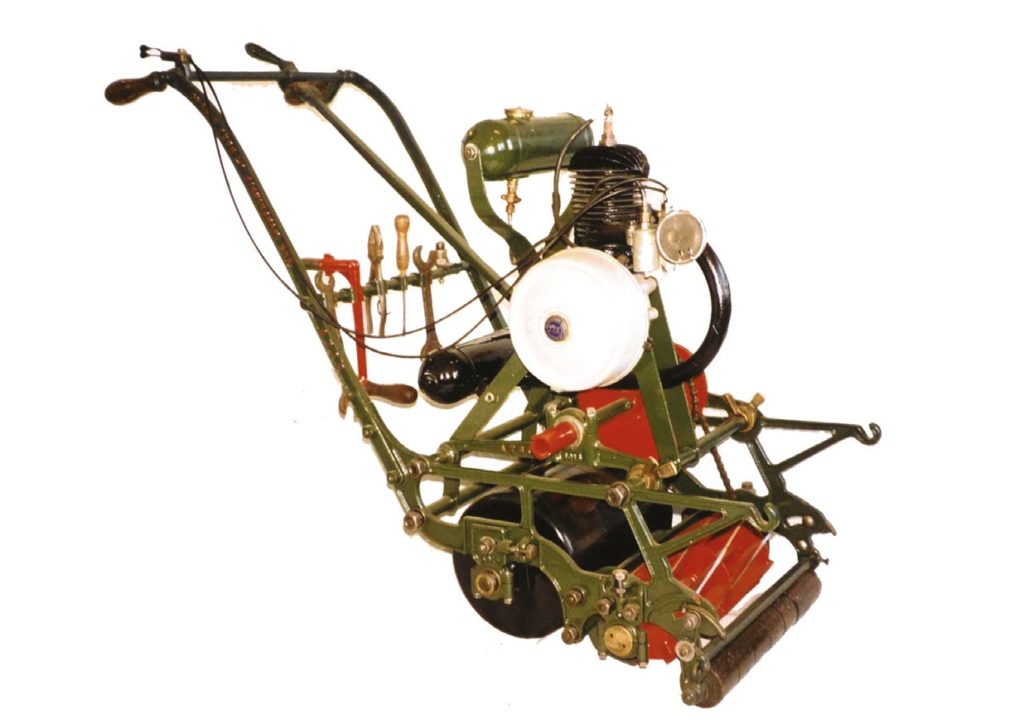 Few sounds say “summer’s afternoon” like the gentle chorus of lawnmowers. Edwin Budding is the man to thank. He patented the lawnmower in 1830, stating: “Gentlemen will find my machine an amusing & a healthy exercise plus do the work of 6 men [with scythes].”

An example of his creation lives at Southport’s British Lawnmower Museum, alongside 200 other key mowers from the following 200 years. Among their number is the first Flymo, from 1964 – in an unfamiliar blue colour.

You can also view the Qualcast Panther mower owned and used by Jean Alexander (of Coronation Street and Last of the Summer Wine).

Collecting tips: Most of the earliest mowers are in short supply, with the majority in museums. A good starting point for the new collector is a vintage offering from Atlas Chain Co, or ATCO. Fully working examples from 100 years ago will set you back around £150. 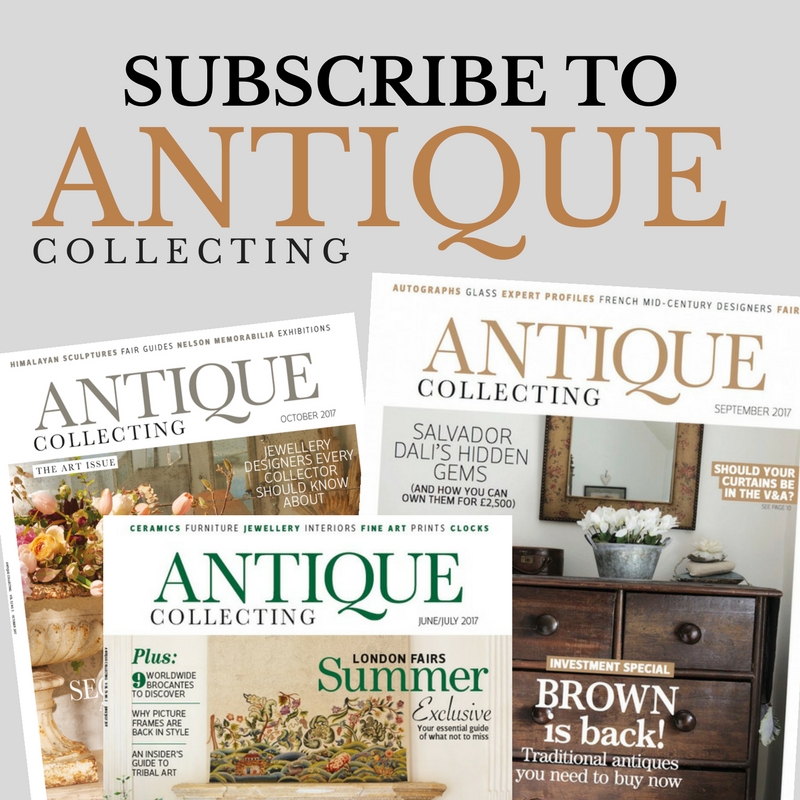