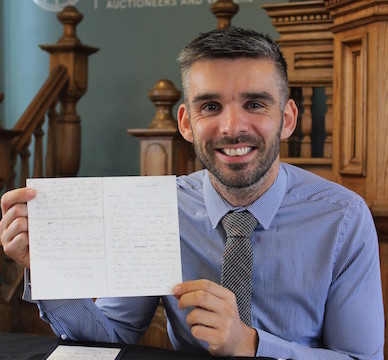 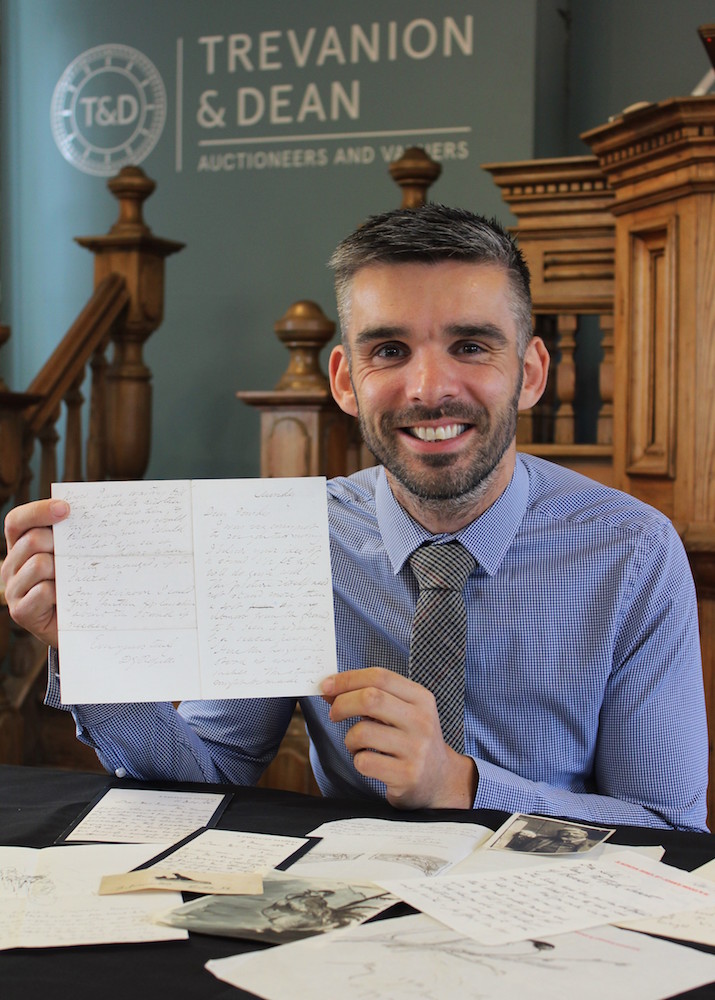 A routine house clearance in Shropshire has unearthed a treasure trove of Pre Raphaelite letters written by some of the leading lights of the 19th-century artistic movement. The collection is now set to go under the hammer at Trevanion & Dean next month.

The series of letters are all written to members of the Ionides family, a famous dynasty of British art patrons and collectors of Greek ancestry, the majority of which are addressed to Constantine Alexander Ionides (1833-1900) who is most well known for his bequest of over one thousand pictures, drawings and prints, including eighty two oil paintings, to the Victoria and Albert museum after his death in 1901.

The Ionides collection housed at the Victoria and Albert museum, provides a unique insight into progressive taste in Victorian Britain and the relationship between artist and patron. Auctioneer Aaron Dean explains, “When we first started transcribing the letters it was just magic to see the type of dialogue that had been going back and forth constantly between patron and artist. In this instance, Ionides is kept in touch at every stage of the process, often suggesting subtle changes here and there. It is fascinating to see how much influence the patron had on the finished article.”

Aaron explains that the letters from Dante Gabriel Rossetti (1828-1882) are particularly interesting.  Rossetti was a founder member of the Pre Raphaelite Brotherhood, a controversial group of revolutionary young artists who opposed the dominance of the British Royal Academy, which championed a narrow range of idealised or moral subjects. By contrast the ‘PRB’ were inspired by the ‘Pre-Raphaelite’ period; the centuries preceding the Italian High 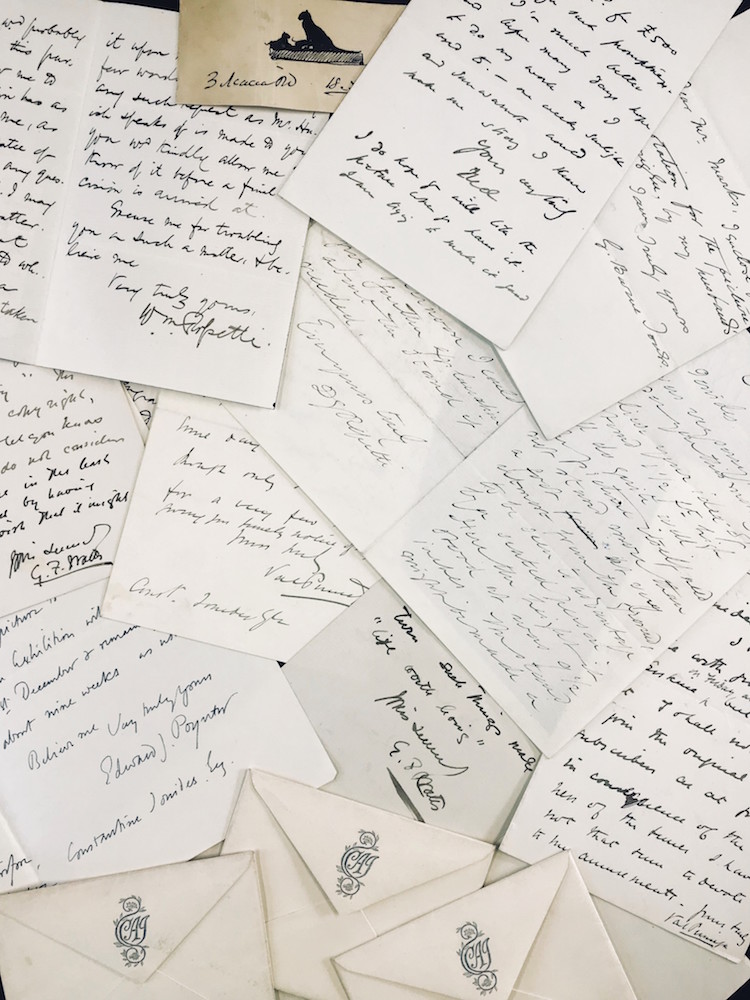 Renaissance. They believed in realism rather than idealism, stating, ‘We sympathise with what is direct and serious and heartfelt in previous art, to the exclusion of what is conventional and self-parading and learned by rote’.

Assaults on the eye

The art works created by members of the Pre-Raphaelites today are seen as some of the most important of their time, critically acclaimed, heralded and uncomplicatedly beautiful images.

However, at the time of their production in the mid- to late-19th century they were regarded as assaults on the eye, objectionable in terms or their realism and morally shocking. Charles Dickens described a figure in one of Millais paintings as ‘Horrible in her ugliness’.

A lot of the themes that they chose to depict were also incredibly daring at the time, pushing social and moral boundaries under a thinly veiled guise of acceptability, including problematic subjects such as poverty, emigration, prostitution and the double standard of sexual morality in society.

After this initial opposition, the Pre Raphaelites became highly influential within the 19th-century art world, which is where the letters provide a fascinating insight into the way the art market of the era worked. 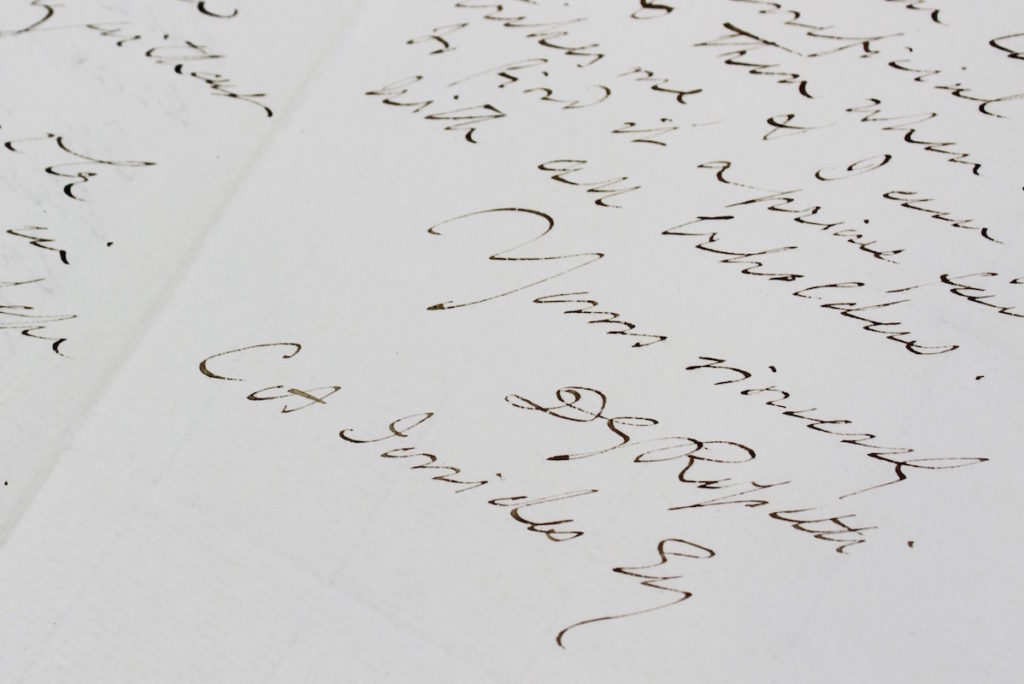 Aaron continued, “It is fascinating to see Rossetti ‘The salesman’ at work, he recognises the fine line that needs to be trodden when dealing with a potential new commission from a very wealthy patron. The letters also give a revealing insight into Rossetti’s advice to his patron as to how the picture should be hung or displayed, giving exacting dimensions and framing advice, every minute detail is covered. The series of correspondence also gives us a tantalising glimpse into Rossetti’s unconventional personal life and his ailing health towards the end of his life, also included are letters from Rossetti’s brother following his death.”

Constantine Alexander Ionides was legendary for forming close friendships with many contemporary artists of the day, and the collection of letters being sold by Trevanion and Dean show just how broad his taste was, and how he nurtured relationships with artists of the day and how important his collection was considered, even during his lifetime.

The Ionides art collection featured not only contemporary art but a wide variety of schools, periods and artists, such as Old Masters, 17th-century works as well as British and French 19th-century works.

The Trevanion and Dean collection of letters includes correspondence to Ionides from Sir Edward John Poynter, painter and President of The Royal Academy, requesting a Rembrandt from Ionides own collection to be included in The Royal Academy’s Winter Exhibition of 1898/1899.

“The letters we have unearthed not only provide an insight into an exceptionally important art collector of his time, but also the subtle and often unknown relationships between artists and their patrons in the late 19th century. The characters involved within the letters, the works discussed and the stories woven within them will not only help to complete archives and fill in historical gaps, they are fascinating to scholars and connoisseurs around the globe, we we are very much looking forward to offering them in our next auction on September 15.