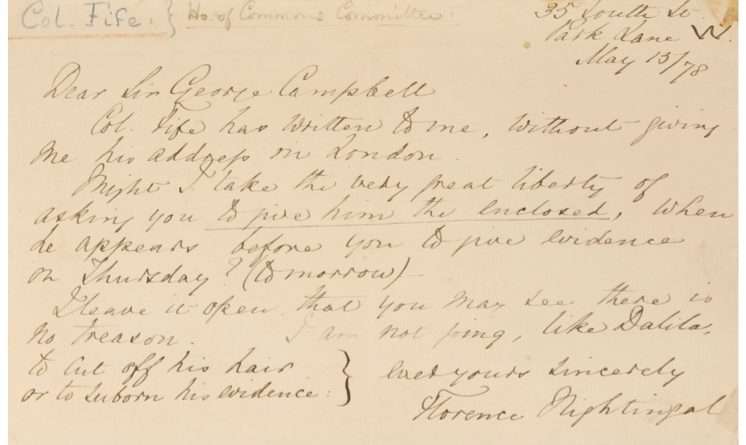 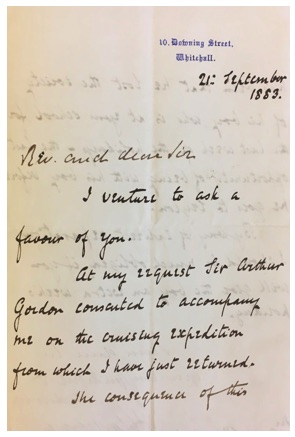 A collection of letters written to Winston Churchill’s formidably strict headmaster at St George’s School in Ascot, Berkshire during the late 19th century are to be sold in an Essex saleroom next month.

Churchill was a pupil at the school during the tenure of The Reverend Herbert William Sneyd-Kynnersley who was renowned for his merciless attitude towards boys in his charge. The headmaster was feared for his severe floggings when Churchill began boarding at the school in 1882 at the age of just seven years old.

The collection includes various autographed letters written by royalty, politicians and other notable public figures of the era.

One such letter is a written communication between Prime Minister Gladstone and the Principal, dated September 1883.

Gladstone wrote to ask a favour of Sneyd-Kynnersley – a request for him to grant time off for one of his pupils – the son of Arthur Hamilton-Gordon, a British Liberal Party politician and colonial administrator whom was accompanying Gladstone on one of his expeditions.

Hamilton-Gordon was desperate to spend some time with his son before moving to Ceylon (now Sri Lanka) where he would be Governor until 1890. The letter stamped ‘10 Downing Street, Whitehall’ reads “I venture to ask a favour of you…I should be much obliged if you will give the boy an extra week’s holiday.” Sneyd-Kynnersley’s curt response was typical of his style of teaching, writing, “I am sorry that I cannot accede to your request…I cannot do otherwise than decline to grant the indulgence for which you ask.” 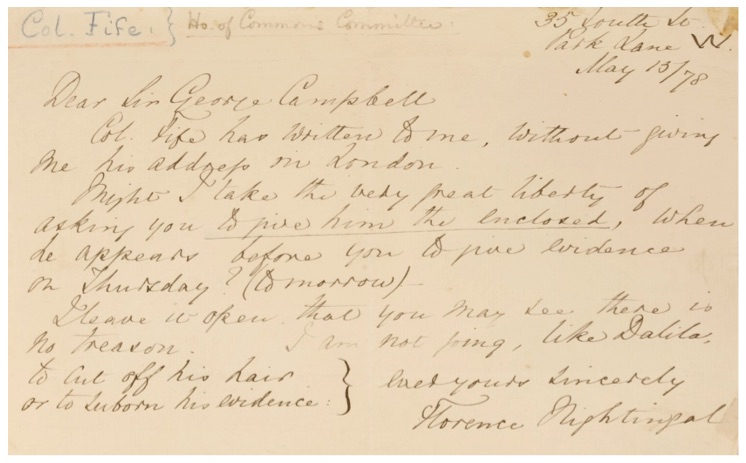 Also included for sale is a signed letter from Florence Nightingale, written in 1878, and addressed to Scottish Liberal Party politician George Campbell. The letter reads “Dear Sir George Campbell, Col. Fife has written to me, without giving me his address in London. Might I take the very great liberty of asking you to give him the enclosed, when he appears before you to give evidence on Thursday? (tomorrow). I leave it open to you that you may see there is no treason. I am not going, like Dalila, to cut off his hair or to suborn his evidence.” The letter is estimated at £300-£500.

Other highlights in the September 11 auction at Sworders Fine Art Auctioneers include nine works by H. G. Wells, all signed by the author and inscribed to members of The Davies family with whom the Wells’ were close friends. Muriel Davies used to fly from Croydon Airport to go shopping in Paris with Mrs Wells in 1930s. One inscription affectionately reads “For Muriel Davies to cheer her up on a wet day, H. G. W, Nov”. The set of nine is estimated at £1,000-1,500.