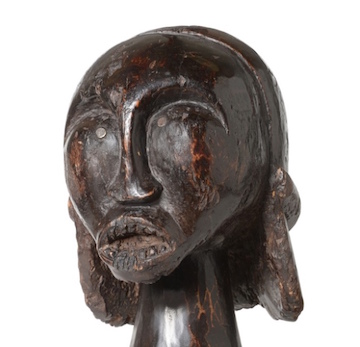 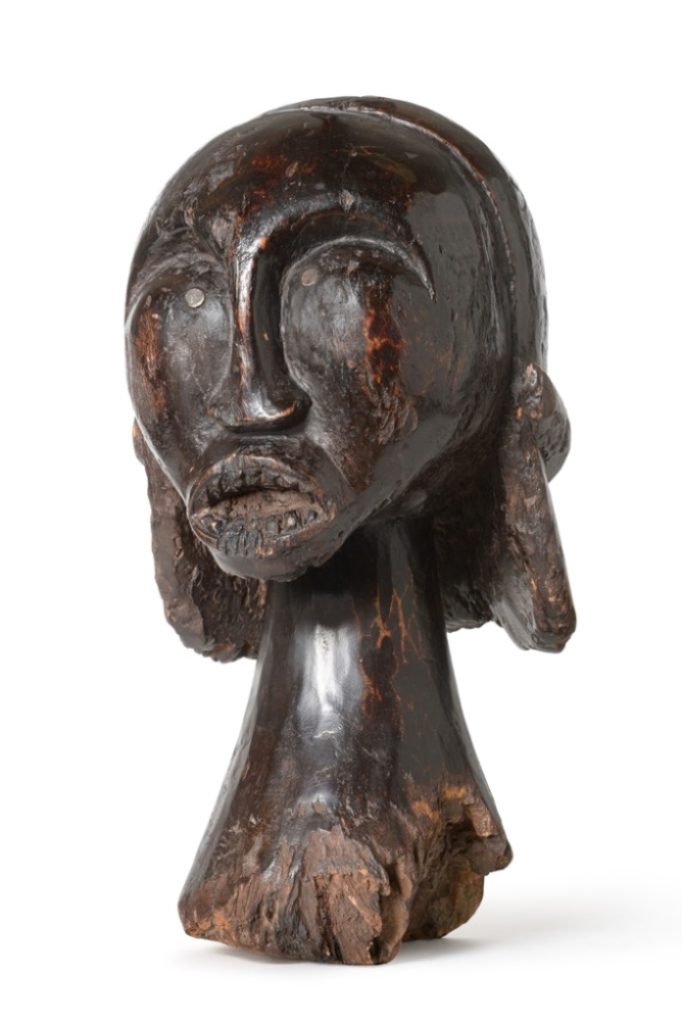 A powerful 19th-century Fang Ancestor Head, made by the Fang people of modern Gabon, is one of the highlights of a militaria and ethnographic sale taking place in North Yorkshire in October.

Estimated at £2,000 to £3,000, the carved wooden head was consigned from a private collection to Tennants Auctioneers for their sale on October 5.

The Fang people believed in the spiritual power of ancestral relics and developed an ancestral worship practice known as bieri.

As an itinerant people, migrating from area to area throughout the regions around modern Gabon, Cameroon and Equatorial Guinea, the Fang were unable to build permanent grave shrines; instead each family group kept a portable bark box filled with skulls and bone fragments of important ancestors.

Atop the reliquary was placed a carved head or figure, guarding the shrine from the forbidden gaze of women, uninitiated boys and intruders. The earliest of these ancestor figures were heads, such as the present lot, but busts and full figures began to appear from the early 20th century. Rather than represent a specific person, ancestor heads exemplified the qualities the Fang admired – tranquillity, vitality and the ability to hold both in balance.

Whilst the Fang did not regard the wooden ancestor heads as sacred themselves, they were representative of the ancestral presence. The present lot is typical of Fang nlo bieri or reliquary statues, with its penetrating gaze from inset brass rivets, high-domed forehead and deep, glossy patination from the ritual anointing with palm oil.

Elsewhere in the sale from the same private collection comes: