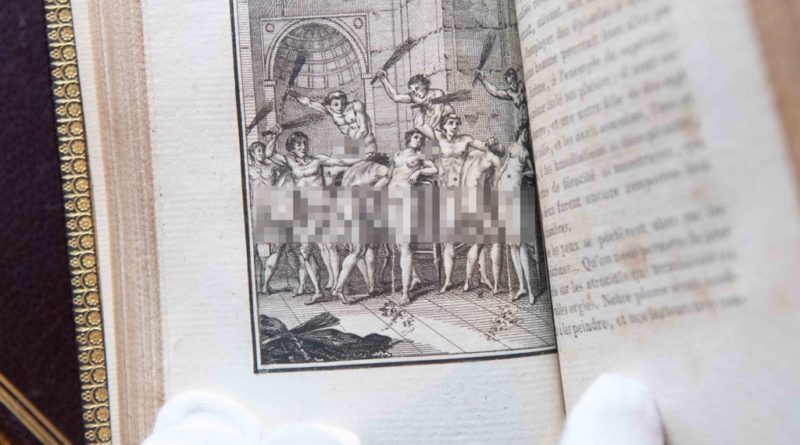 The collection of six books has managed to survive the centuries, despite the majority of examples being destroyed over 200 years ago following an 1815 decree by the French royal court, the Cour Royale de Paris.

Furthermore, outraged French emperor Napoleon Bonaparte ordered the immediate arrest of the author de Sade, who was subsequently incarcerated in the Bastille for the remaining 13 years of his life.

Their unbridled content immediately shocked society with its no-holds-barred attitude to and highly colourful descriptions of sexual antics. 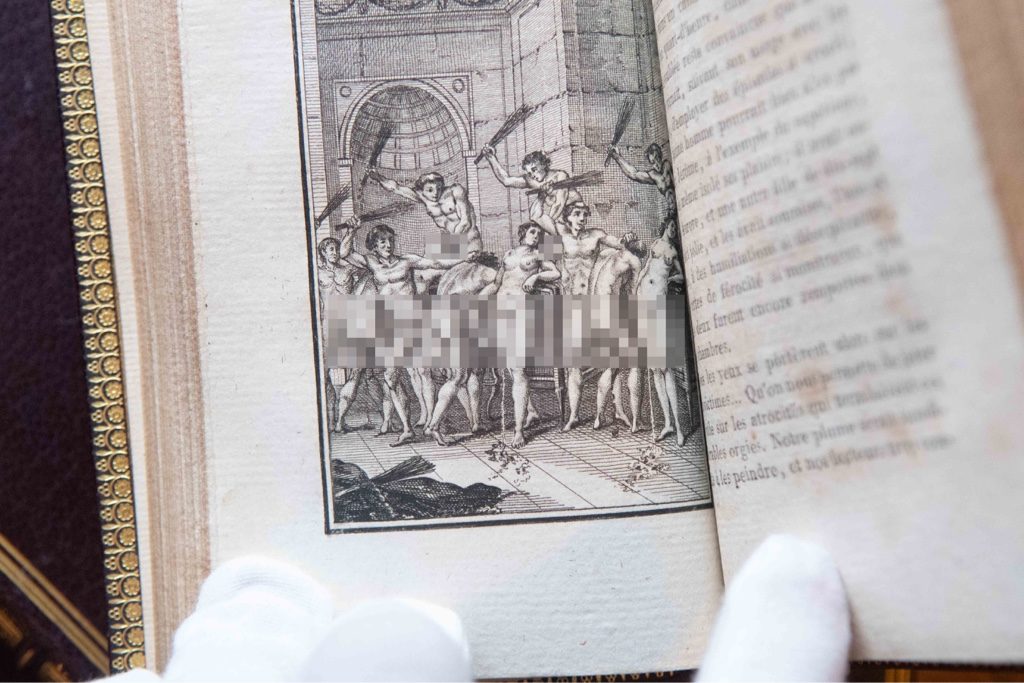 Jim Spencer, head of the Library department at Hansons, said: “These books should simply not be in existence. Their content was deemed too shocking. All copies should have been destroyed. However, a few books survived and we found these volumes by chance in London. They were thought to be worthless and a note in one of the books showed they had been rejected as having no value by one auction house 20 years ago.

“Though these books are more than 220 years old and times have changed considerably, it’s still impossible not to be very, very shocked by the contents. For example, they include pictures illustrating sexual acts with monkeys.”

Six (of ten) volumes by Marquis de Sade, each illustrated with numerous engraved plates depicting sexual acts, will be sold at Hansons Auctioneers’ Library Auction at Bishton Hall, Staffordshire, on October 15. Written while de Sade was imprisoned in the Bastille, their estimate is £3,000-£5,000.

Life of the Maquis de Sade

Sade, lived a scandalous libertine existence and repeatedly procured young prostitutes as well as employees of both sexes in his castle in Lacoste.

The nobleman, who lived from 1740 to 1814, claimed to be a proponent of absolute freedom, unrestrained by morality, religion or law. 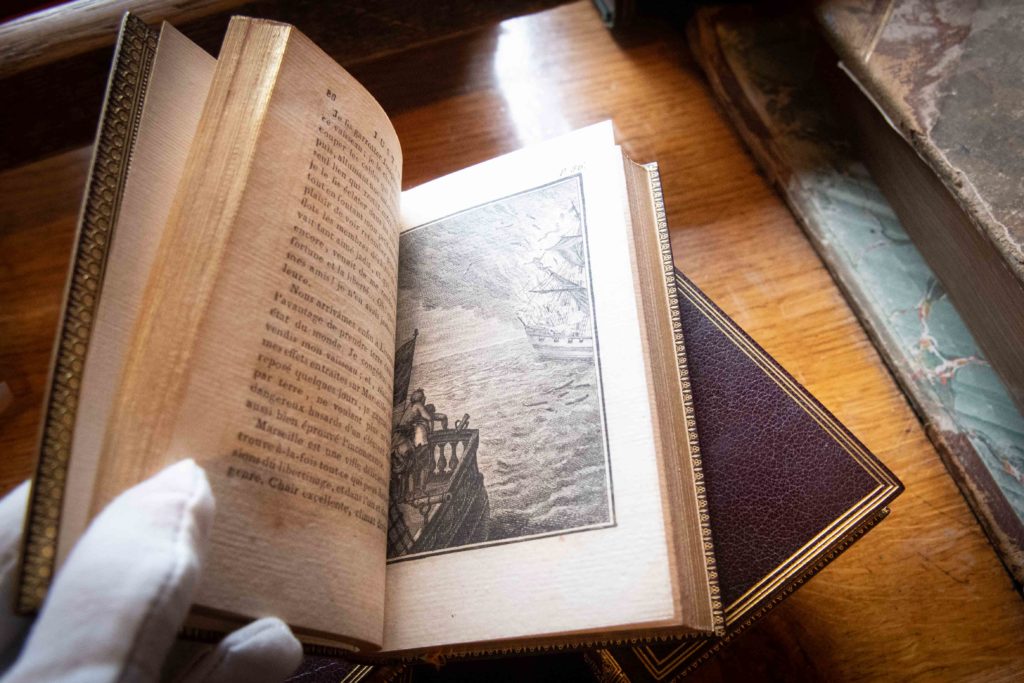 He gained notoriety for putting these fantasies into practice with both consenting and non-consenting people. Consequently, he spent around 32 years of his life in various prisons and asylums for the insane including 10 years in the Bastille and 12 years in the Charenton Asylum. Many of his works were written in prison.

Mr Spencer said: “There has always been a deep fascination with Sade’s life and work. There have been numerous film adaptations of his work and sadistic tendencies are common in many books including 50 Shades of Grey.

“Whether people are repulsed or fascinated by Sade, the sale of these volumes is sure to spark interest from collectors around the world for their scarcity value alone. After his death, Sade’s son had all his father’s remaining unpublished manuscripts burned.”

The words ‘sadism’ and ‘sadist’ entered language, derived from his name.