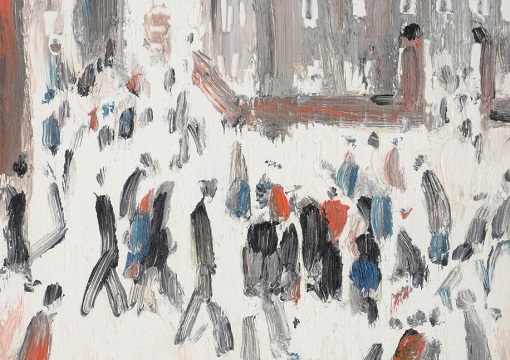 Two oil paintings by L.S. Lowry, one of Britain’s most iconic artists, are set to go under the hammer in North Yorkshire later this month.

The pair of paintings, to be auctioned at Tennants Auctioneers, have not been seen on the open market for almost two decades, and are typical of the industrial landscapes that captured Lowry’s imagination. 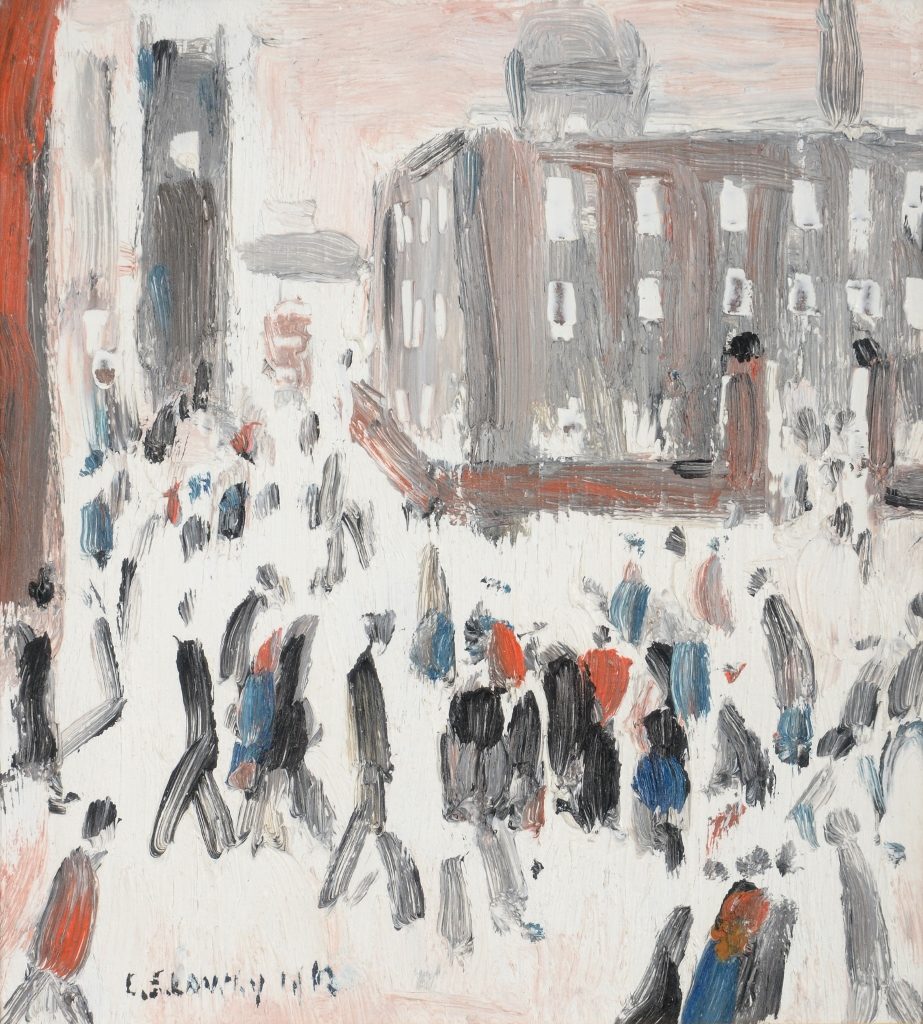 These figures are impressionistic representations consisting of only a couple of brushstrokes, but the simple forms guide the viewer’s eye around the picture, following the flow of the people. Lowry was not interested in reproducing an exact copy of the streets and the people he had seen while he walked through Pendlebury and Manchester, instead noting the features around him and building composite images, such as this, based on his studies.

Lowry’s distinctive colour palette is in evidence too; the artist once said of his work “I am a simple man and I use simple materials; ivory black, vermillion, Prussian blue and yellow ochre”. The painting, which is dated 1962, is being sold with an estimate of £50,000-70,000.

Painted just a few years later, in 1966, is the second painting ‘The End House’, which is being sold with an estimate of £120,000-180,000. A dramatic black house stands out against a flat white background, with the human drama provided by a handful of figures, a cart receding into the distance and a little black dog in the foreground. 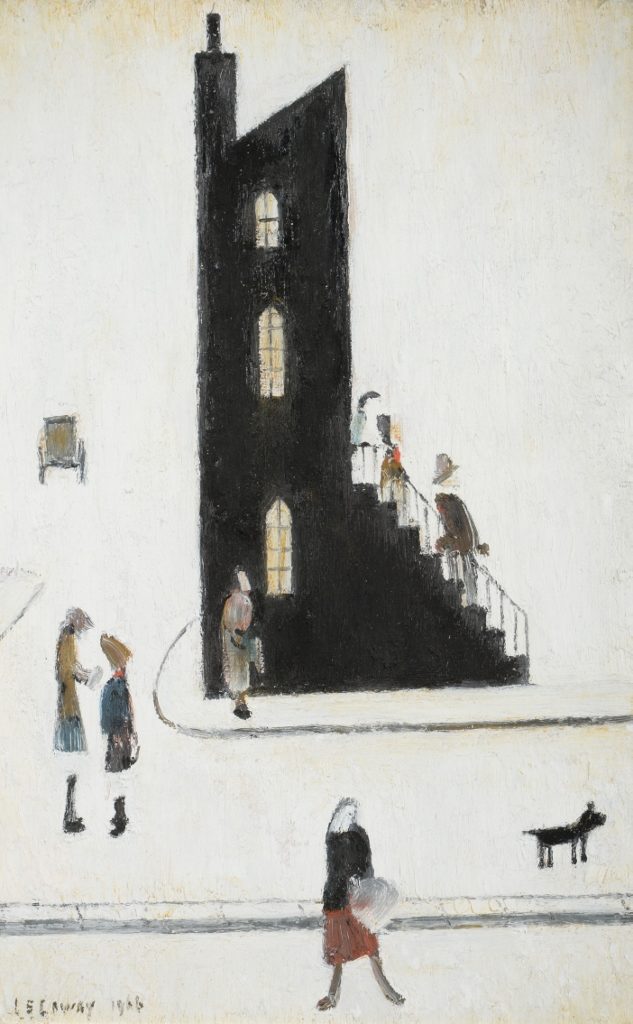 Lowry was often drawn to lonely and interesting buildings – finding beauty and interest in places others would ignore. Indeed, an art dealer and great supporter of Lowry’s Andras Kalman recalled that at the start of his career he was the laughing stock of Manchester. Kalman said, “They said he couldn’t draw, his people were dirty and he painted scenery people would drive six miles out of their way to avoid.”

The painting comes with provenance from The Stone Gallery, Newcastle-upon-Tyne and St James’ London, a gallery run by the Marshall family with whom Lowry was close friends.

The sale takes place on November 17.