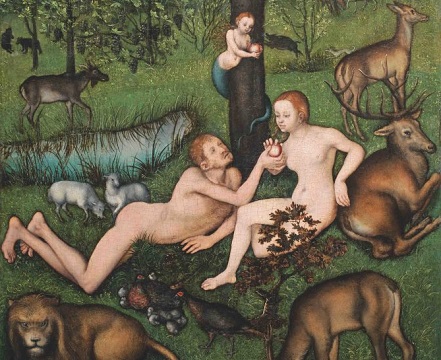 This winter, London art gallery Rafael Valls hosts Sex & Sensuality, an exhibition examining eroticism in paintings and drawings of the male and female nude from the 16th Century through to the 20th Century.

Artists often used subject paintings as veiled attempts at legitimising titillating subjects, which would have been all too obvious to the 17th and 18th Century viewer. Later paintings became more obvious and brazen in their portrayal as attitudes relaxed and this reflects directly into art.

Traditionally, the nude in Western art is thought to have begun in Ancient Greece, although arguably the first nude in art is the so-called ‘Willendorf Venus’ from around 30,000BC.

The rise of Christianity led to a dramatic decrease in the depiction of the naked figure, perhaps with the exception of Adam and Eve. This was reversed with the early awakenings of the Renaissance and the study of the classical nude and anatomy. Sex & Sensuality features an early 16th Century depiction of Adam and Eve in the Garden of Eden by Lucas Cranach the Elder (c.1472-1553).

Jan van Bijlert’s painting (1597 – 1671), Allegory of Smell, captures this increasing preoccupation with the human body as Naturalism began to creep in during the 17th Century and more realistic and brazen depictions of the naked body became typical (albeit more often than not the female naked body).

Representations became more frivolous through the centuries, particularly in the 18th Century, until the forthright images we see in the early 20th Century. William Etty’s paintings (1787 – 1849) are a good example of this increasingly liberal attitude towards depicting nudes, although these were also academic studies in their own right.

Sex & Sensuality shows the rich history of how the human form has been depicted by artists across different centuries. The beautiful paintings and drawings on offer demonstrate how our perspective of what was acceptable has changed and is still changing in the present day.