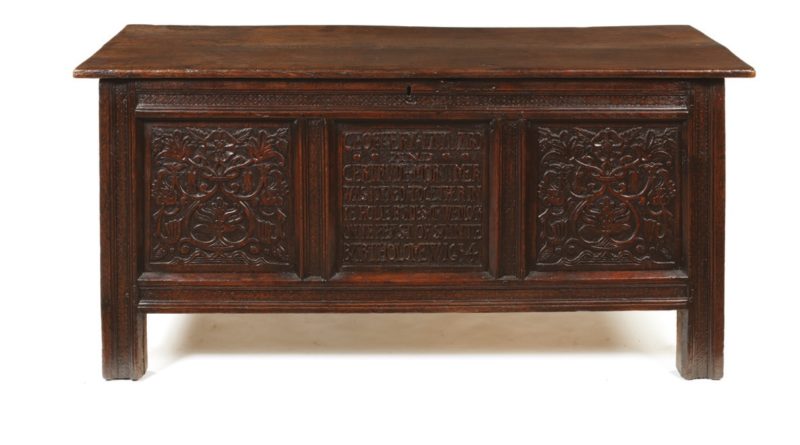 After some years in the doldrums, early oak is starting to pick up. While rare, quirky, high-end pieces with provenance have always maintained their value, according to dealers the mid market is starting to reinvigorate, with even some signs the much-maligned high dresser is coming back into fashion.

The clarion call to would-be collectors is to dive in now, because the rock bottom prices of the last few years are on the way up.

Early oak specialist Mark Seabrook, from Huntingdon-based Mark Seabrook Antiques, said: “This is an excellent time for the entry level collector, or someone looking to furnish their home to start collecting. I think prices for good-quality oak and country furniture are as low as they are going to go. I recently bought several 17th-century six-seater gateleg tables for less than £600, which in the past would have cost four times that. Welsh dressers you would have paid £12,000 for a decade ago can now be snapped up for for £3,000, and sets of 18th-century ladderback chairs – that some dealers were selling for between £6,000 and £8,000 – can be bought for a tenth of the price.”

Simon Green, from The Pedestal, which sells up to 50 pieces of early oak in its regular furniture sales, the next of which is in November, said: “You couldn’t commission a piece of oak furniture these days for the price of a 300-year-old piece.”

The glory days for period oak

Simon Green who was, for 25 years, the oak specialist at Christie’s in South Kensington before it closed, said: “In the nineties, Christie’s held three oak sales a year. It was a time when the category just grew and grew. But, along with the antique market as a whole, oak went into decline until 2000 when values started to plateau.”

Christie’s incorporated oak into its new Interiors sale, while Bonhams reduced its specialist oak offering to twice a year.

Now though, with interiors tending away from the minimalist and towards the more eclectic, oak and country are becoming more sought after. Mr Green continued: “A piece of oak can look stunning in a modern setting alongside a contemporary work of art.”

The Pedestal’s recent sale saw a Charles I oak marriage chest, with an estimate of £2,500-£4,000, sell for £16,000, hammer. Simon Green said: “This was an unusual piece and unusual pieces tend to sell well. It is uncommon to find a marriage inscription filling a whole panel in this way. In addition, the treatment of the carved foliage is also most unusual.” 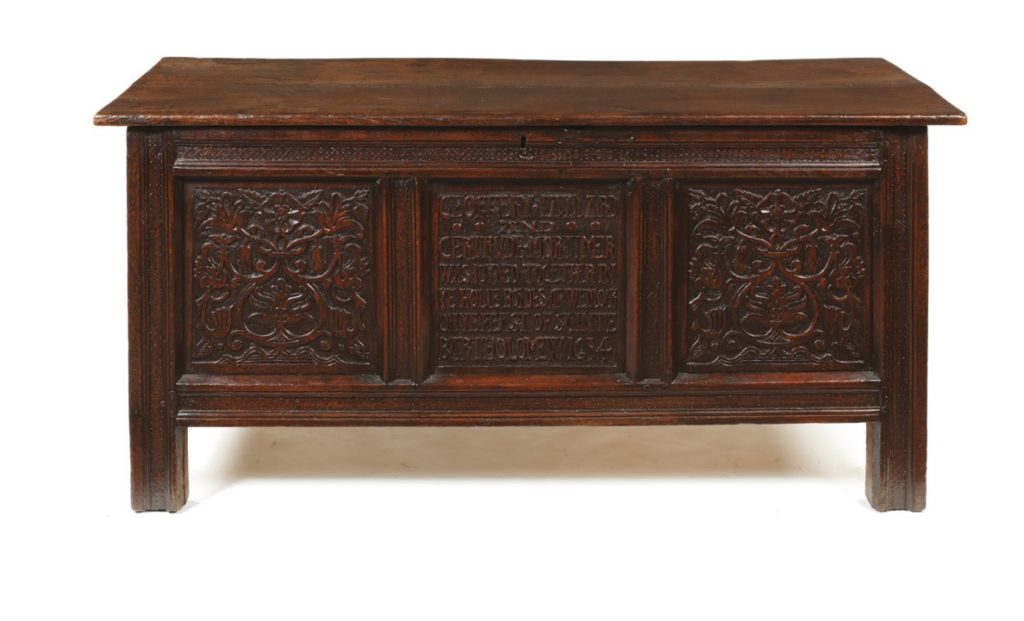 Paul Beedham has been in the family-run Beedham Antiques Ltd and has specialised in English and European, 15th, 16th, 17th-century oak and early sculptural works of art since 1977. He said: “You don’t have to live in a Jacobean mansion to enjoy early oak. I think it’s good to have an eclectic taste. The pieces I sell look good in different or more modern surroundings with other styles of furnishing.

He continued: “Useful and attractive, small tables are popular as are quality carvings, both sculptural and decorative, both in wood and stone.” Dealers agreed the market remains strong for single-owner collections and pieces that are unusual or quirky.

Mr Beedham said: “Our business is cyclical and we are on the verge of a new era when oak furniture is seen as both desirable and important in its own right. It was made by highly-skilled craftsman and designed to last and possesses a deep integrity and outer beauty of which more and more people are becoming aware. Buy early oak while you still can, because it’s not going to stay this affordable for long.”

Petworth-based Paul Dunn, from Paul Dunn Antiques, said: “Oak and country is hot, hot, hot right now. Soulless mid-century furniture is being discarded for cottage furniture used as accent pieces in a plain, modern setting. The strong lines of oak early oak sing out for all to see.”