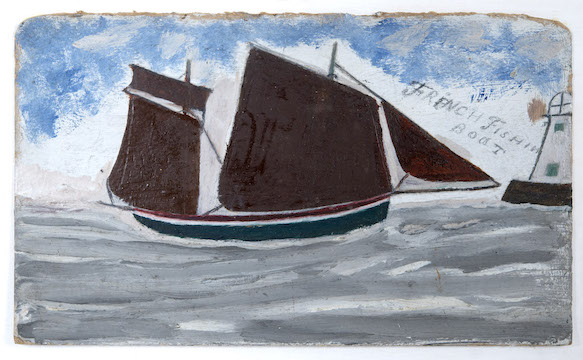 Two sought-after paintings by celebrated Cornish artist Alfred Wallis, that exemplify his enchanting, naive approach to his subjects, are set to be sold by a Somerset auction house with hopes they could fetch thousands.

Lawrences of Crewkerne will sell ‘French Fishing Boat‘ and ‘Fishing Boat of a Pier‘ next year. 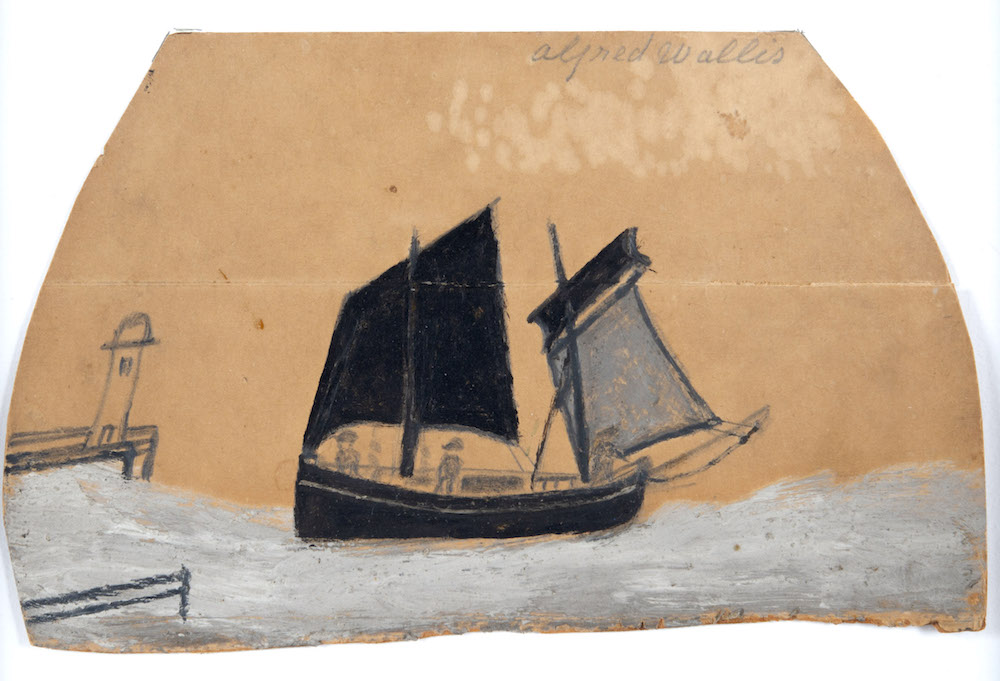 Alfred Wallis (1855-1942) was a simple seaman, uneducated but devout and hard working, who went to sea at nine and, in his thirties, settled down to life as Cornish fisherman after two decades in the merchant marine.

He spent a while in the rag-and-bone trade but lived quietly in St Ives with his wife. She died in 1922 and Wallis took up painting only then, partly to ease his grief but also hoping to recapture the `glory days` of the Cornish fishing industry. He worked almost entirely from memory.

The artists Ben Nicholson and Christopher Wood came to St Ives on a day visit in 1928 with the intention of establishing an artist colony in the area, and their ‘discovery’ of Wallis has been described as a watershed  in the history of modern art. They were inspired by Wallis’s unaffected naturalism and his art of simple shapes based upon a gritty, lifelong understanding of decades at sea.

Nicholson once commented, ‘To Wallis, his paintings were never paintings, but actual events.’ 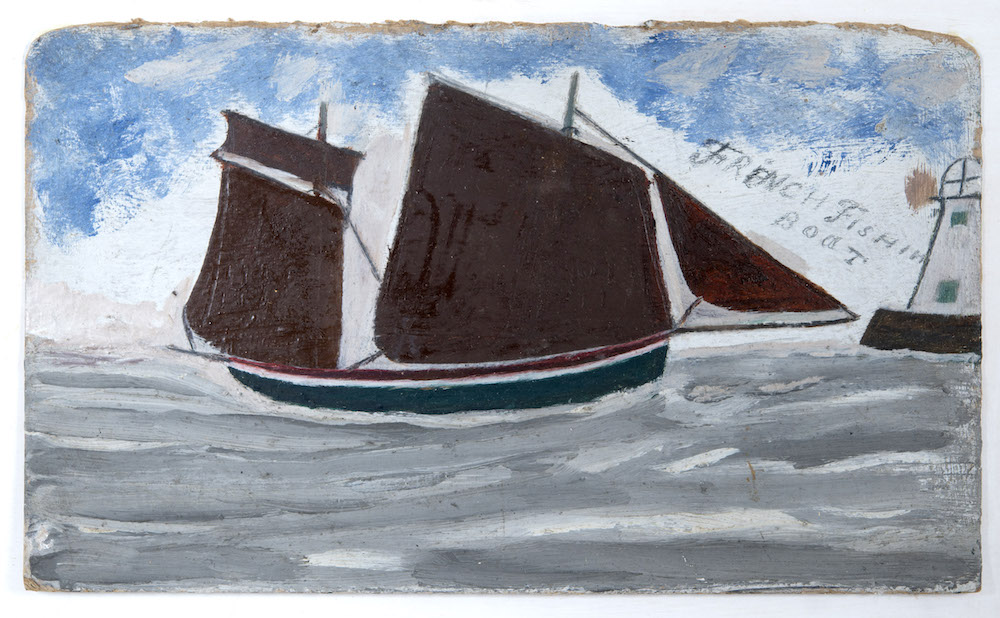 Rather like the work of L. S. Lowry, the apparent simplicity of Wallis’s style has produced many spurious forgeries but the two pictures at Lawrences have superb provenance and the imprimatur of Robert Jones, Wallis’s current principal authority and his biographer.

‘French Fishing Boat‘ is an oil on card, 17.5 x 29cm, that has come in for sale from the estate of Christopher Mason. Mason (1928-2018) made a short film about Wallis in 1973 and had by that time become well-acquainted with the artistic community in Cornwall. The picture was formerly owned by Ann Stokes, wife of the artist Adrian Stokes.

Mason was great friends with Jim Ede, founder of Kettle’s Yard in Cambridge and a collector who bought Wallis’s work direct from Nicholson. Ede invited Mason to select the other picture now at Lawrences from his own collection, also consigned from Mason’s estate.

‘Fishing Boat Off a Pier‘ (13.5 x 22cm) will be sold in April. Through his paintings of these fishing boats, Wallis reveals an intimate understanding of the working methods of these vessels, knowledge which could only have come from personal experience. Wallis’s role was not merely that of the nostalgic amateur: as he amended compositions to fit the shape of scraps of card that came to hand, he made pictures that were objects in their own right, a blend of painting and `work of art`.

“Despite the sorrow that motivated Wallis into art, these pictures show a joy for painting,” says Richard Kay, specialist at Lawrences. “It is impossible to see these little gems without connecting across the decades to Wallis’s life as a humble fisherman. He has captured a world that has long since disappeared but he has done so with a keen but simple understanding of so much Cornish life.”