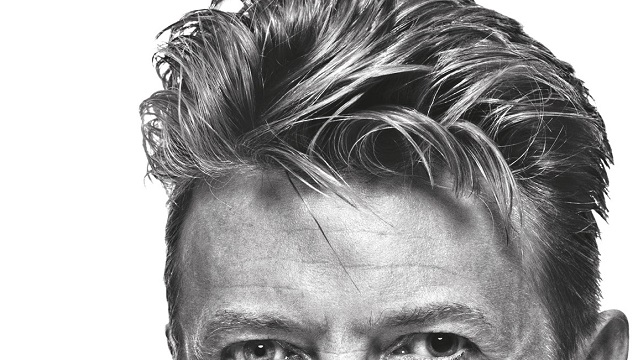 Did you know you can own hair from famous historical figures, including Charles I, Lord Nelson, Napoleon, Elvis, Neil Armstrong and David Bowie? Expert Paul Fraser reveals his own collection and offers advice on how to make your collection a cut above the rest.

It comes as a surprise to most. Nothing in my memorabilia stock divides opinion like my historical hair collection. When I tell people about my selection of locks and single strands for sale, they either look shocked, or amazed. Whichever camp you’re in, here’s the insider’s guide to collecting hair.

Why do People Collect Hair?

Hair wasn’t just once touched or used by a historical figure, it was the historical figure. That is an unparalleled feeling in collecting. It doesn’t get much more extraordinary and personal than hair.

How do you know it’s Genuine?

The first question I’m always asked. As it should be. Authenticating a strand of hair isn’t the same as authenticating an autograph.

Yes, DNA testing is hypothetically an option. But for the average collector it’s not viable. Instead, after ascertaining that the colour is a match, it’s all about tracking the provenance. I’m meticulous. Is there a clear line of ownership between the hair being snipped from the famous person’s head to the dealer/auctioneer/individual now selling it? If there isn’t, I don’t buy.

We have the Victorians to thank for hair collecting. Lovers would exchange locks as a sign of their affection, and owning locks from celebrities of the day was the equal of owning an autograph. Queen Victoria wrote in her diary in 1855 that France’s Empress Eugenie, was “touched to tears when I gave her a bracelet with my hair”.

The Girl with the Curls

Today, it is seen as more of a niche hobby than it was 100 or 150 years ago. But there is still a sizable community of hair collectors out there. Which explains the strong prices you can see at auction.

What should you pay for Human Hair?

So, is it an expensive hobby? Only if you’re buying whole locks from big names. Single strands usually sell for just three figures.

In 1967, CIA operative Gustavo Villoldo snipped a 7½cm (3in) lock from Che Guevara’s body in the Bolivian jungle. Why? To prove to his superiors that Guevara was dead. That lock auctioned for $119,500 in 2007, to a Texas bookshop owner.

Just months after David Bowie’s 2016 death, a lock of the musician’s hair auctioned for £13,700. In 1983, a Madame Tussauds employee had snipped the hair from Bowie to help with a colour match for the waxwork’s wig.

A fan of classic English literature? A lock of Jane Austen’s hair sold for £5,640 in 2008. That beats Charles Dickens (£3,375 in 2013). Just think, both authors may have twiddled these very locks while plotting the next chapter of Mansfield Park, or David Copperfield.

Whose Hair can you own?

I have locks and single strands from more than 60 historical figures and current Hollywood celebrities.

My personal favourites are strands snipped on key days of that person’s life. For example, I have a lock and single strands of the impossibly blonde hair belonging to Marilyn Monroe. They were snipped from her head by her Fifth Avenue hairdresser, Robert Champion, just hours before she sang “Happy Birthday, Mr President” for JFK in New York.

Or you can buy single strands of Elvis’ hair from the March 1958 haircut that broke a million schoolgirls’ hearts, when Elvis lost his locks in favour of the regulation GI short back-and-sides upon entering the US Army. Elvis gave some of the hair from that cut to Gary Pepper, the president of one of Elvis’ first fan clubs.

The grisliest piece in my collection is Charles I’s beard hair; Charles is always pictured with his goatee.

Physician Sir Henry Halford helped himself to the strands when he exhumed Charles’ body at Windsor Castle in 1813. Charles’ remains (including reattached head) had lain in secret at Windsor’s St George’s Chapel for 164 years, since his execution in 1649. They were only discovered during renovation works.

It’s incredible to think that Charles likely groomed these strands on the morning of his walk to the chopping block, 369 years ago.

The Oldest and Strangest Hair?

Strands from Edward IV (1442-1483) – the first Yorkist king. As with Charles I, these strands were removed when his body was exhumed at Windsor Castle centuries after his death, this time in 1789. Was he poisoned? A DNA test might be able to help.

The strangest hair in my collection? That would probably be my collection of hair from racehorses. Including Arkle, Red Rum and Desert Orchid. You could even clone your own Grand National champion. I didn’t say that…