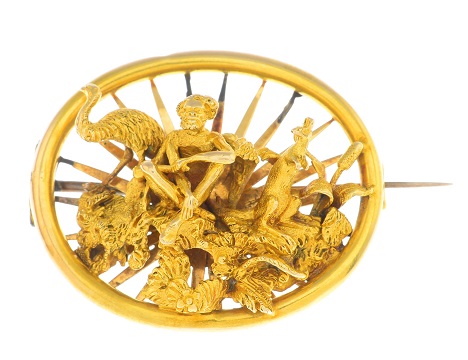 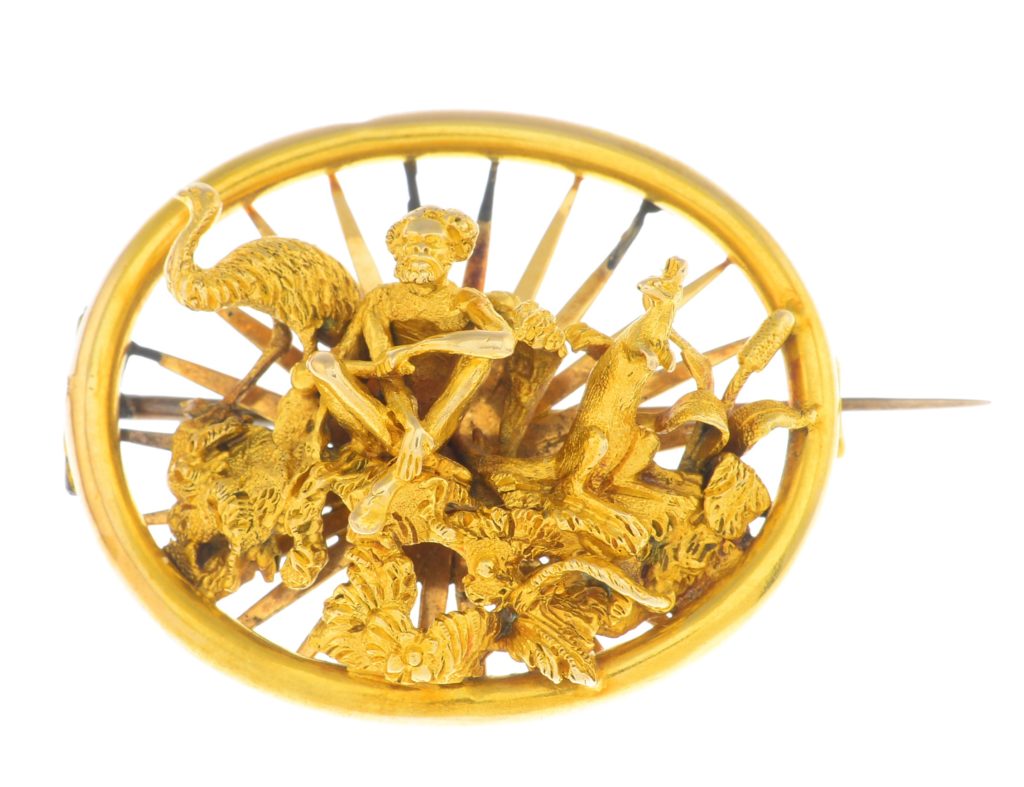 A rare, colonial Australian brooch has sold for £7,300 at a Birmingham auctioneers.

The item featured an aboriginal person, alongside depicting an emu and kangaroo among native flora, a common theme in Australian jewellery, although seen infrequently at auction.

Auctioneers Fellows said the brooch gained plenty of interest ahead of the sale, and carried a pre-auction estimate of £500 to £700.

During the sale, bidders battled it out over the telephone, online and in the room, with the eventual internet winner being a buyer from Australia.

Alex Duffy, Jewellery Specialist at Fellows Auctioneers, said, “The brooch is a beautifully crafted example of Australian colonial jewellery, a rare commodity for which modern day Australians show a wonderful appreciation. Among the more common motifs of the emu and kangaroo, this particular piece features an Aboriginal person seated among the flora and fauna. This is something I personally have never previously come across in jewellery of this period.”