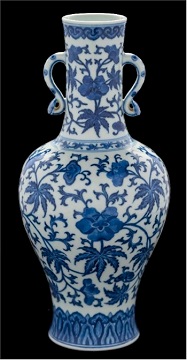 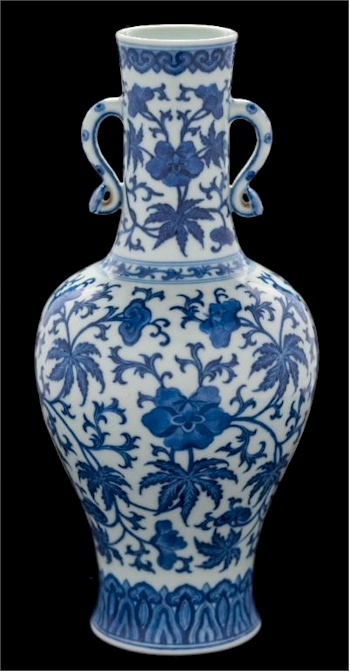 A rare Chinese Qianlong vase that was stored in an attic for over 20 years has sold for a hammer of £460,000 at an Exeter auction house.

The Chinese blue and white vase, which was made for the Chinese Emperor Qianlong between 1780 and 1790, was the main attraction at Bearnes Hampton and Littlewood’s recent Fine Art Auction.

Measuring 27cm high, the precious item arrived at the auction house in a cardboard box. It was given to the owner by an elderly aunt back in the 1990s.

The vase was finely painted with peony, lingzhi fungus and foliage and was in excellent condition apart from a tiny chip to one handle.

The extensive research carried out over three months had come to the conclusion that no other example of this particular shape had previously appeared on the market in recent years and consequently there were no comparisons to draw from.

The vendor had no idea of its rarity or value until the ceramics department revealed that it was something special and gave it a pre-sale estimate of £20,000 to £40,000.

The auction house said that it quickly became clear that there was international interest in the vase, with potential buyers travelling from around the world to see it.