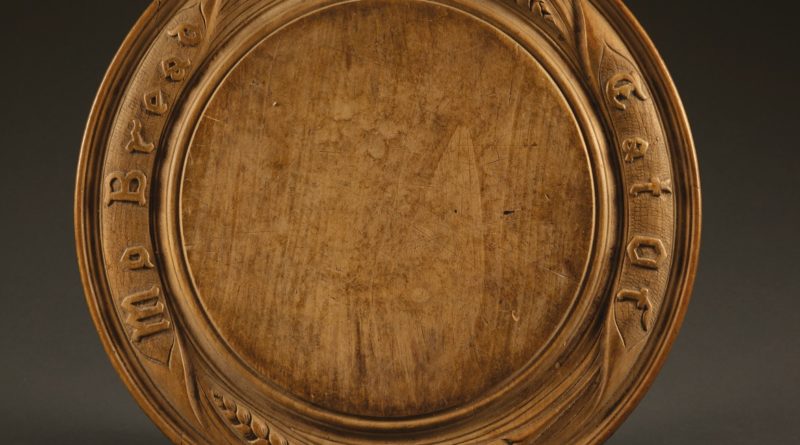 With prices starting at £20 and their decorative potential ranging from walls to door knockers, breadboards make a wonderful subject for collectors, writes Madeleine Neave from the Antique Breadboard Museum.

Breadboards are funny things. They leave some people stone cold, and make others hot under the collar.

After hosting nearly 300 visitors this year at the only breadboard museum in the world, I can safely say that they speak to us of motherlove and full bellies, hospitality and companionship, safety and routine.

It doesn’t matter how plain or warped, scorched or worn a breadboard is, those who inherit it from a loved one have great trouble deciding what to do with it, to the point that we are receiving donations, with the family history attached.

But that is not all. There is beauty in the grain and carving, warmth in the wood and function in the breadcrumb gully.

Aside from family heirlooms, they also make wonderful collectors’ items for their decorative qualities as well as investment. But how to separate the wheat from the chaff?

History of the Breadboard

Breadboards likely originated in the 1830s as an artistic response to the economic effects of the Corn Laws (1815-1846).

During the first half of the 19th century due to Lord Liverpool’s protectionist trade
tariffs – which increased tariffs on imported grain – home baking virtually died out among the poor.

But Peel’s reform of the laws coincided with the expansion of the middle class who wanted to show off their wealth by bringing bread to the table. Hence the concept of a dedicated bread platter sits well with other pieces from the period whose purpose was to house precious domestic items, such as nutmeg graters, tea caddies, snuff boxes and perfume bottles.

Carvers’ names have been preserved in a handful of texts, but connecting them with their work is mostly impossible, as few signed their pieces.

William Gibbs Rogers of London (c. 1792-1875) appears in the 1840s as a carver of commissioned boards for the nobility and “persons of taste”. Rogers was based in Soho
and produced boards in addition to his other more prestigious work, which included restoring Grinling Gibbons’ carvings and carving a cradle for Queen Victoria for which he won a gold medal at the Great Exhibition.

In the 1860s, George Wing of Sheffield made boards more commercial by simplifying the
carving.

He also offered more patterns, priced from one to 30 shillings. George Wing was bought out by the Sheffield company Bramhall & Co. – a manufacturer of bread platters, biscuit barrels, oak trays and bread knives.

In its heyday in the 1920s, Bramhall & Co. was using 700 trees a year, sending 4,000 woodware items a week around the Empire. It also offered a range of prices, with one carver handling the more complex commissions, but the progression was towards cruder examples.

A Collector’s Guide to Breadboards

Is it warped, scorched, chipped, cracked or worn beyond recognition?

Although many find such imperfections endearing, enhancing the character and giving an insight into the story behind the board, if you come across a damaged board for sale you should be paying only half the going rate.

In fact, unless the carving is stunning, it might be wise to avoid altogether.

How big are they?

The average Victorian breadboard was 12in, so size can help in the dating of a piece. By the early 1900s, bread platters were evolving into ‘bread plates’, eight to 10in across, which could slot into a plate rack.

There are always exceptions, however. Sizes ranged from anything up to 12in to 15¾in, depending on how deep the customer’s pocket was (bigger boards came from older trees which were rarer).

A quality breadboard should be sourced from the choice cuts of the tree, namely the central planks running along the trunk, either side of the centre.

The year rings should appear parallel and can be attractive with their curve and wave
formations.

Avoid boards with knots, which suggest the wood has come from the outer portion of the tree and can make the board prone to bowing.

The knot can also trap food and even wear away, creating a hole.

By the 1860s, breadboards became more commercial as carvers avoided time-consuming techniques such as under-carving, undulations and smooth backgrounds.

Patterns standardised and tended towards symmetrical repeats covering half, a third or a
quarter of the border. Wheat became notional, traced in briefly in the one shilling items.

The gothic revival, which came to the fore with the design of the new Houses of Parliament in 1844, inspired lettering in the Old English style, reflecting the nostalgia for the pre-industrial idyll.

But, towards the 1880s, square lettering became popular. From the Edwardian period, Bauhaus started to influence taste and breadboards with clean straight lines, plain patterns and low-relief became popular.

How prevalent are mottos?

There are common mottos such as Bread and Our Daily Bread, or variations of Christian themes. Others hint at homespun wisdom, such as Eat of My Bread, or have a moralising tone: Waste Not Want Not.

It seems breadboards were presented in the same way we give greetings cards – for example at weddings and birthdays – or as holiday souvenirs, or even to mark professional milestones.

Since breadboards were often homemade by ordinary people for personal celebrations, the sky’s the limit in terms of what you can find on a breadboard.

What about mottos in a foreign language?

Mottos in French or German do not necessarily mean the breadboard was made in these countries, as we know boards were carved in England in both languages for visitors to the Great Exhibition of 1851. Equally, the Swiss carved boards for English tourists.

It is also possible they were carved by French or German carvers on the instruction of an Anglophile client who appreciated the English look, but wanted the words in their mother tongue.

The French and Germans also tend to prefer dishes or baskets for presenting their bread.

Is there a stamp or signature on the back?

Carvers rarely signed their work as they were not considered artists. Some boards of the 1950s may have the stamp of Bramhall & Co. of Sheffield, a very prolific maker, whereas others where just stamped by the retailer who wished to protect his sources.

Signatures were more subtle, such as a mouse in the Robert ‘Mouseman’ Thompson workshop. The carving community could identify the maker by the motifs, while each workshop had its signature look, such as a rose. But even within the Mouseman workshop, each carver’s mouse was unique, acting as a signature.

Which woods were used?

99 per cent of boards are made from sycamore, because it is a medium hard wood which can withstand daily cutting; it is light-weight; does not ‘taste’ (transfer sap-taste to the food), does not splinter and is a tight grain which makes it good to carve.

Certain boards are made of oak, especially those made as pilgrimage souvenirs from cathedral towns such as Winchester and Canterbury. We also can find beech, fruitwoods and walnut, but they are exceptional.

Where can I find them?

My mother (whose collection forms the basis of the museum) had hunting grounds at the fairs at Kempton, Ardingly, Newark and Portobello. But she also had networks of fellow dealers who found treasures in their local patches and kept them for her.

The internet is also a good place to keep abreast of auctions, as well as kitchenalia dealers such as Appleby Antiques and the Antique Kitchen who post their latest finds on social media.

About The Antique Breadboard Museum 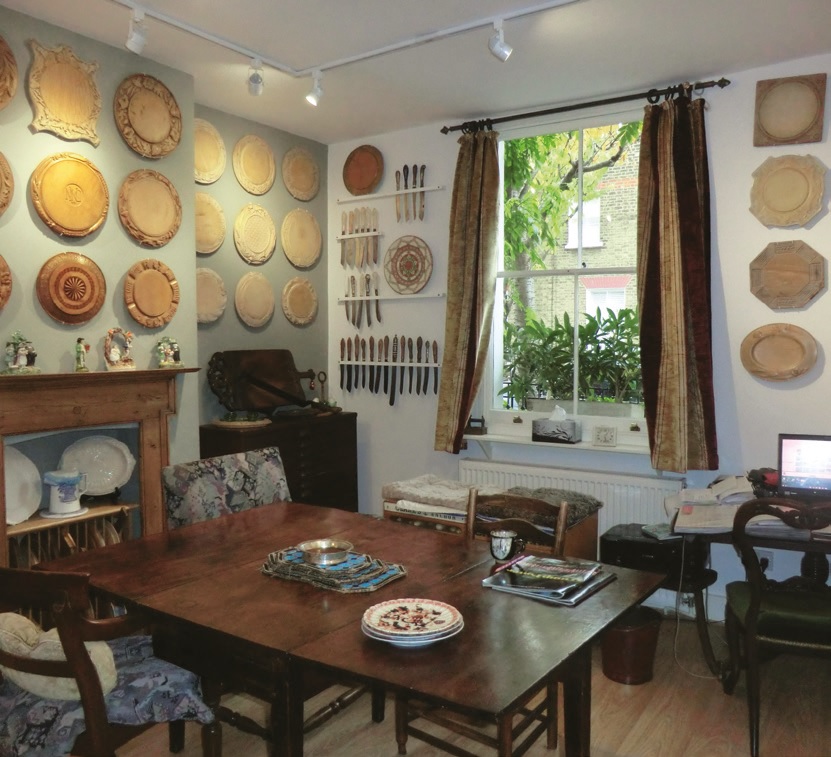 Rosslyn Neave was a well-known antiques dealer at both Bermondsey and Portobello markets who started buying breadboards because she particularly liked them and found that they were popular with customers.

Over a period of 40 years, she developed an interest in their history and the artists who made them.

Visitors can take personally-curated tours of the collection, which cost £15 and come with a cream tea. Madeleine is also collating family memories of breadboards. To get in touch, or book a tour, visit www.antiquebreadboards.com or call 020 8785 2464.