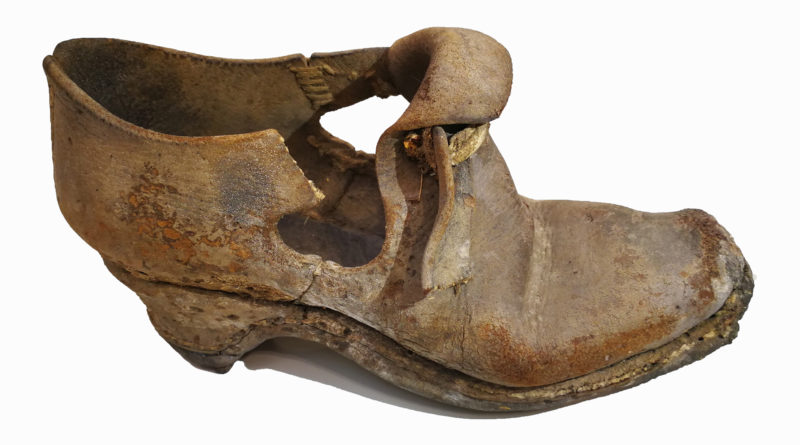 A ‘good luck fertility’ shoe dating from the mid-17th century discovered hidden in the wall of an old cottage goes on sale at the Art & Antiques for Everyone Fair at the NEC Birmingham, taking place from April 4 to 7. 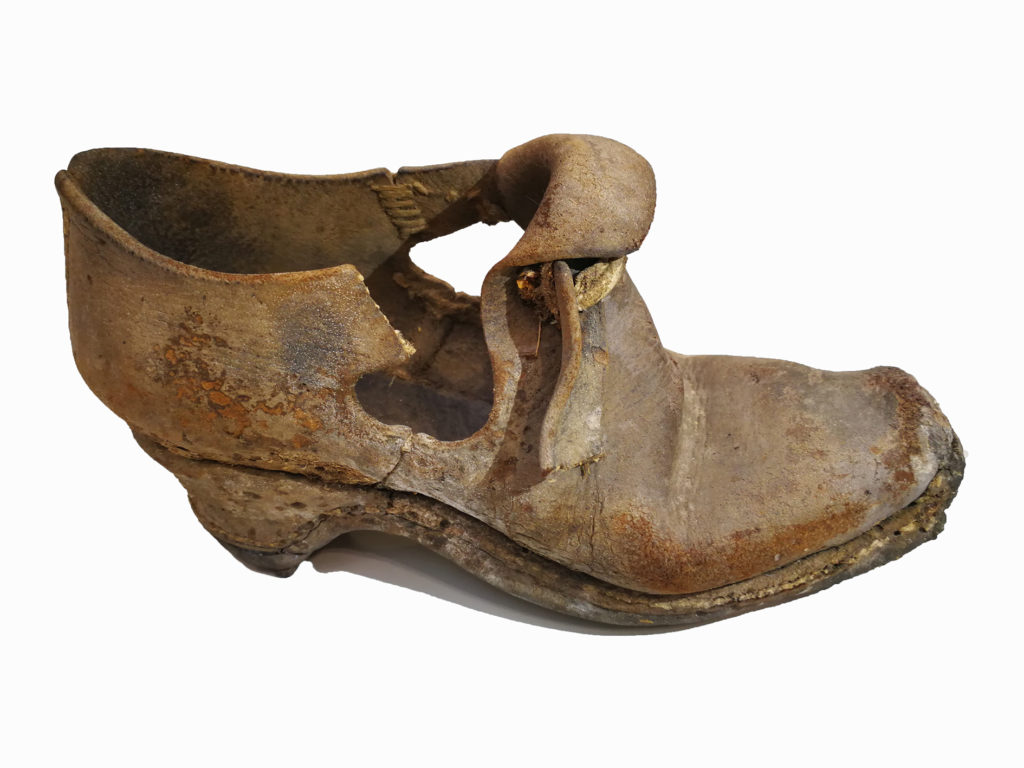 Belonging to exhibitors at the fair, Erna and John Hiscock-Shepherd from Kent, the antique leather shoe is described as an example of an English folk treasure with a fascinating story to tell. Erna explained, “Shoes buried into the fabric of an old building often served as a kind of  fertility charm. There is a long-standing connection between shoes and fertility, perhaps exemplified by the nursery rhyme, ‘There was an Old Woman Who Lived in a Shoe’, and the custom of casting a shoe after a bride she leaves for her honeymoon or attaching shoes to the departing couple’s car. This example comes from Dorset where it was found in an old cottage.”Another theory suggests that shoes were concealed to protect against evil influences such as demons, ghosts, witches and evil spirits. Witches were believed to be attracted by the human scent of a shoe, and after entering one found themselves trapped, as they are unable to reverse. Other scholars propose that shoes and other objects hidden in the fabric of a building may be related to the belief in a household deity or helpful spirit found throughout northern Europe from Ireland to western Russia. The ‘brownie’ and ‘hob’, domestic fairies found in England and Scotland, could be driven off by a gift of clothing. The shoe is in good condition for its age and its size suggests it was once worn by a young adult. It also shows signs of wear and tear, and so it might be construed that it had a special value as it had protected the foot of the wearer over many miles. It will be on sale for £485.