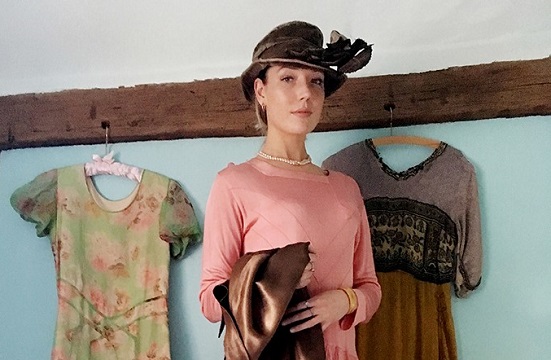 A treasure trove of vintage fashion originally from the wardrobes of a stately house in Bedfordshire is set to tempt in buyers at a Surrey sale next month.

Rare examples of Victorian, Edwardian and early 20th century couture, dating from a hundred-year period of 1840 to 1940, were used by a musical group called the Palm Court Orchestra during their performances in the 1990s.

The Palm Court Orchestra acquired the vintage clothes during preparations for the sale of Hinwick House in Bedfordshire. The property is a 50-room Grade-I listed Queen Anne country house built in 1709-10 as the seat of the eminent Orlebar family.

When the property was due to be sold, the lady of the house wanted to find a suitable home for a large and well-preserved wardrobe of period clothing for men and women. She approached Patricia Godwin, the director of the orchestra, to see if she would buy them, which she did.

Subsequently, the orchestra gave performances suitably adorned, and Mrs Godwin began to give talks in which she featured the clothes along with cuttings from newspapers that also came from Hinwick House.

It seems that the Orlebar family had discarded very few items of clothing and the collection, which remains a fascinating insight into a century of vintage fashion.

Highlights include a lady’s Victorian cycling dress previously loaned to Wimborne Museum for the London Olympics, which reveals an ingenious system of loops and strings that enabled women to weave a delicate path between propriety and mobility. It is on offer at Ewbank’s with an estimate of £100-150. 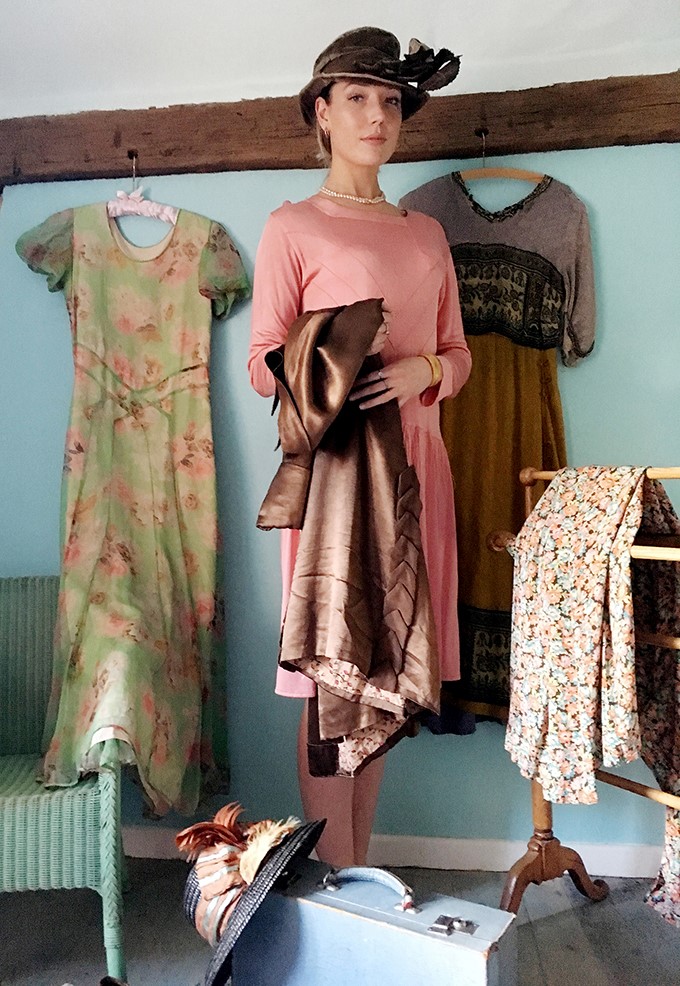 From the mid 19th century, when fashions started to move away from tightly buttoned and corseted clothes under the influence of the Pre Raphaelites, William Morris and the Rational dress movement, the Aesthetic dress became popular with well-to-do families with artistic leanings. Such a dress from the collection illustrates this perfectly, being loose in cut, of green silk (the movement favoured natural colours) with hand-embroidered borders following an Arts & Crafts tradition. It is also guided at £100-150.

A number of dresses from the 1920s and ’30s show the glamour of the country house set, including knee-high loose dresses perfect for dancing the Charleston, as well as opulent opera coats. The collection also includes some shoes from this period and iconic cloche hats.

During the First World War, the Orlebar family offered up part of Hinwick House as an auxiliary hospital for wounded soldiers, and a few items of military uniform are included in the consignment date from that period. Utility labelled clothing dating to the Second World War also features.

The collection, valued at close to £10,000, comprises around 80 lots in all, including a dress by the French designer Jeanne Margaine Lacroix, whose creation of the ‘Sylphide Sans corset dress’ caused a sensation in Belle Epoque Paris of May 1908, when three beautiful young women attended the races at Longchamp wearing the garments without petticoats or corsets. Lacroix’s couture became highly sought after by the more progressive ladies of Europe.

“One of the most dashing outfits is a 1920’s set of motoring attire, complete with tweed plus fours, cotton coat, leather-rimmed goggles, leather helmet and gauntlet gloves, and even a silk scarf and cravat,” said Ewbank’s vintage fashion specialist Andrea Machen.

“These stunning dresses, outfits and accessories provide the perfect centrepiece of our April 11 Vintage Fashion auction, which will also include an extensive array of items, from Hermès scarves, handbags and vintage cases to Biba designs and sewing samplers.

“The Orlebar consignment is a rare and outstanding collection of high quality garments telling the story of the transition from the formal wear of the Victorian era to that of modern fashion.”