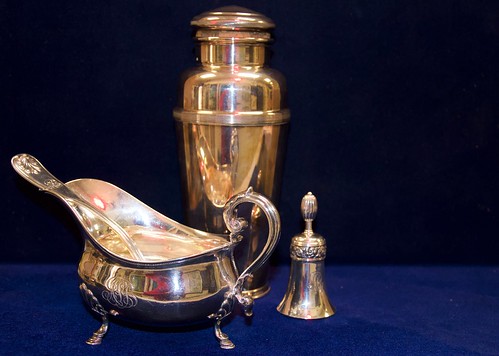 A Victorian mourning dress in silk is among the lots going under the hammer at an auction of vintage fashion in the Cotswolds next month.

The lilac half-mourning dress is expected to achieve between £100 to £150 at the auction at Moore Allen & Innocent in Cirencester on May 3.

Mourning was big business in the Victorian age, and wealthy families would spend good money following their Queen’s example in arranging lavish funerals and wearing dark clothes during a period of grieving.

Rules detailing who wore what, and for how long, could be complicated and were outlined in popular journals or household manuals such as The Queen, and Cassell’s.

For the deepest mourning, black was de rigueur. As time went on, the mourner could move to greys and purples – known as half-mourning.

The length of mourning depended on the mourner’s relationship to the deceased: Widows were expected to wear full mourning for two years. Children mourning parents, or parents mourning children, would wear black for a year. Grandparents and siblings were mourned for six months, aunts and uncles for two months, and cousins for four weeks.

The steampunk phenomenon has seen a recent resurgence in the popularity of mourning dress among cosplayers who dress up at weekends for fun.

Those modern-day weekend Victorians might also be tempted by three sets of court dress – waistcoats and tails – owned by Sir Michael Lakin, Baronet and purchased – no doubt at considerable expense – from J Simmonds & Sons, costumers, of Haymarket, London.

The auction house will be looking for bids of around £150 to £250 for all three sets.

There’s also a collection of 20th-century fashion, including pieces by the fashion house Dior, and fur coats, and plenty of home textiles from the 21st century, including a large collection of good-quality curtains.

In the home furnishings section of the sale, pairs of designer table lamps and wall lights are bound to appeal to discerning buyers, with estimates around £100 to £150 a pair.

There’s also a good collection of 20th century silverware, including a Tiffany service bell, estimated at £150 to £300; a sauceboat and ladle, also by Tiffany, with an estimate of £200 to £300); and a silver-plated cocktail shaker made for Harrods, estimated at £50 to £80.

The Tiffany pieces bear the family crest of the Bootes family, one of the families that travelled to America on the Mayflower in 1620 and might, therefore, be of interest to collectors of Americana, as well as bidders interested in fine tableware.