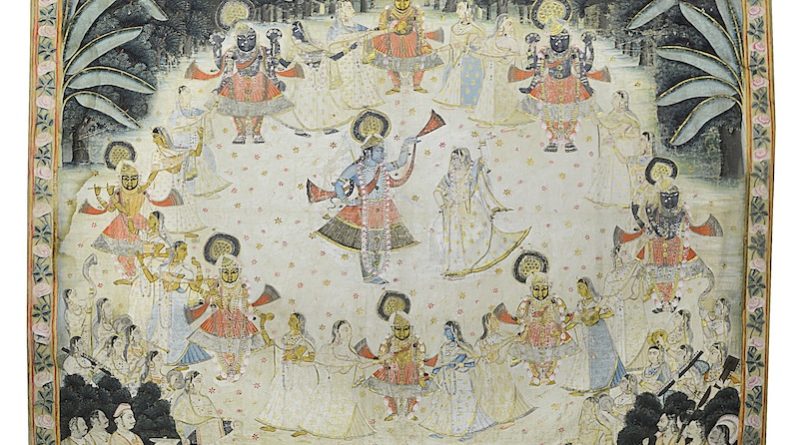 Olympia Auctions is to host two consecutive days of sales, offering over 600 objects from the East and West later this month.

The first of the two sales, the Asian works of Art auction, takes place on May 22, and commences with the Chinese section, including a fine collection of jades from a private continental collection which will be sold with the proceeds going to the Italian children’s charity Mission Bambini.

An interesting group of 18th and 19th Chinese porcelain bowls, dishes, vases and jardinières follow, including a pair of Chinese famille rose bowls, covers and liners with Guangxu mark, and probably of the period, 1875-1908. They are delicately enamelled with flowering chrysanthemum, peony and prunus and carry an estimate of £800-£1200. 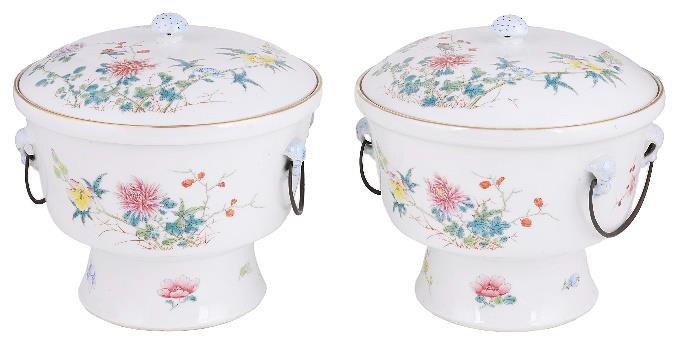 The following section of sale demonstrates the diversity of influences and styles in the territories stretching from the Eastern Mediterranean to the Chinese border. A particular highlight of the sale is a large bronze figure of Amitayus, a form of the Buddha, dating from 13th/14th century Tibet, carrying an estimate of £15,000 to £20,000. 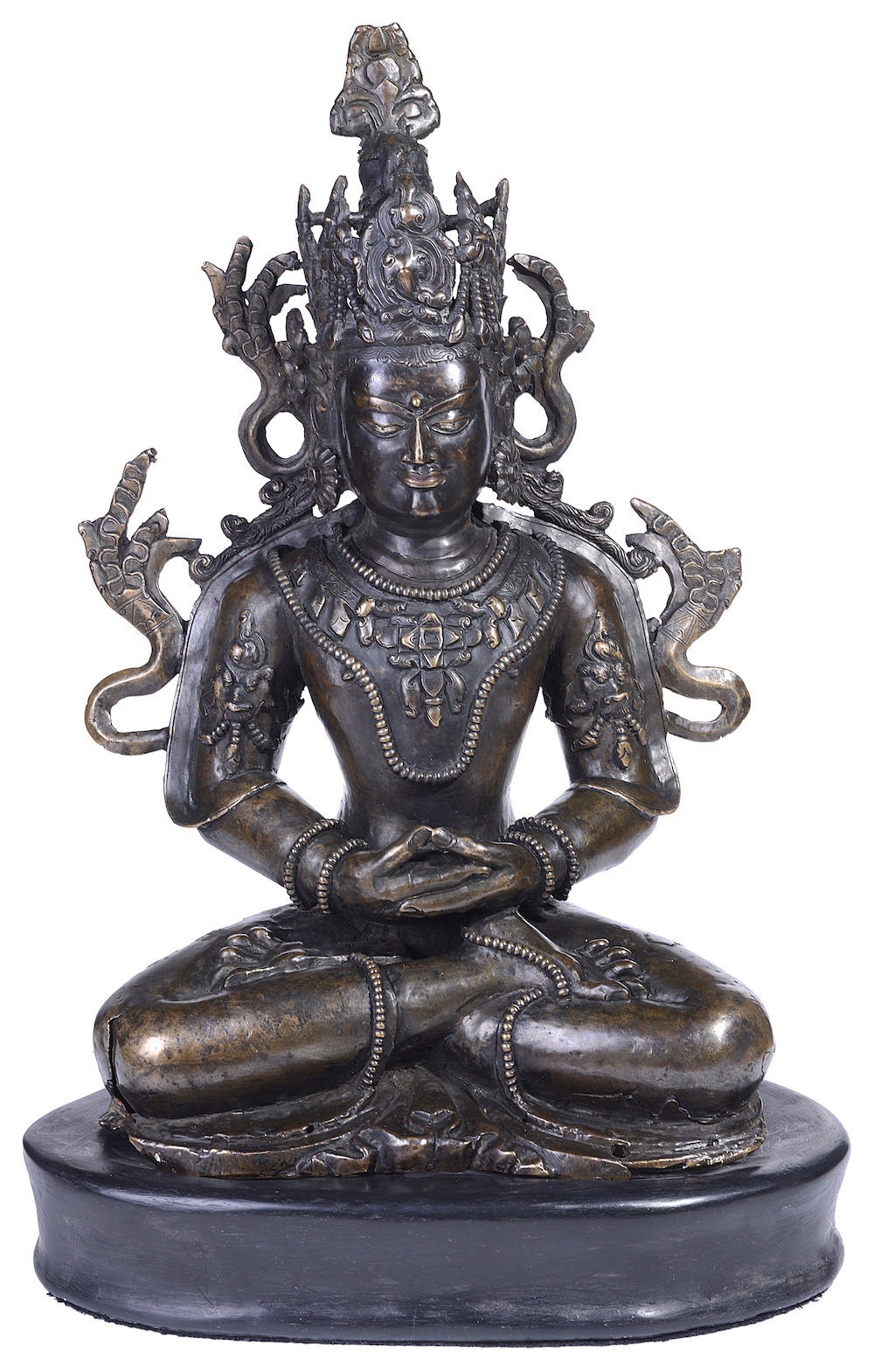 Elsewhere, a Jain bronze figure of Parsvanatha from Western India, dated SAMVAT 1213/1156 AD, which has been consigned by a private collector in Italy has an estimate of £2,000 to £3,000. 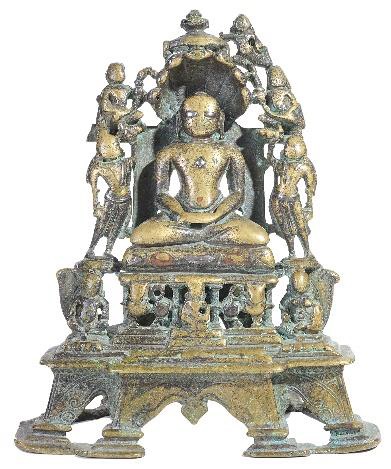 Items relating to the tragic events of Partition of India and Pakistan also feature in the sale, including a large collection of interesting manuscripts and paintings consigned by the descendant of a family who had to leave Lahore and eventually came to settle in the UK. A highlight of the collection is a Jain Sangrahani Sutra manuscript, from Western India, circa 17th century. It carries an estimate of £2000-£3000. 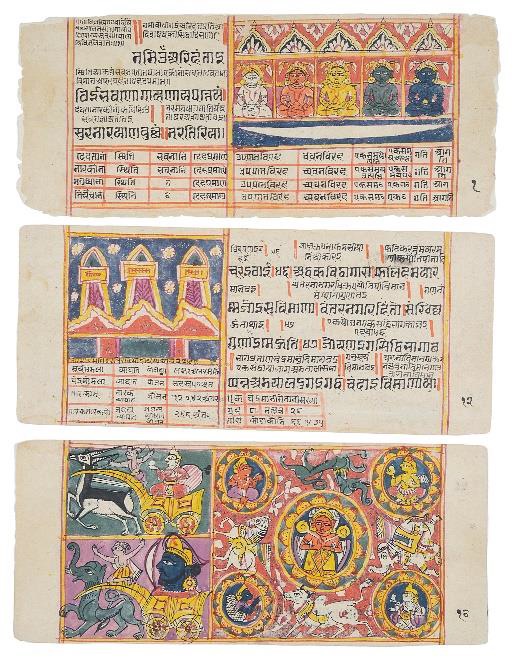 Travelling in the opposite direction was the celebrated artist, Laila Shahzada; born in England, she moved to Pakistan after independence and lived there for the rest of her life. One of her oils titled Nostalgia has been consigned by a personal friend of the artist who was given the picture in the 1980s on a visit to Pakistan. This has an estimate of £3000-£5000. 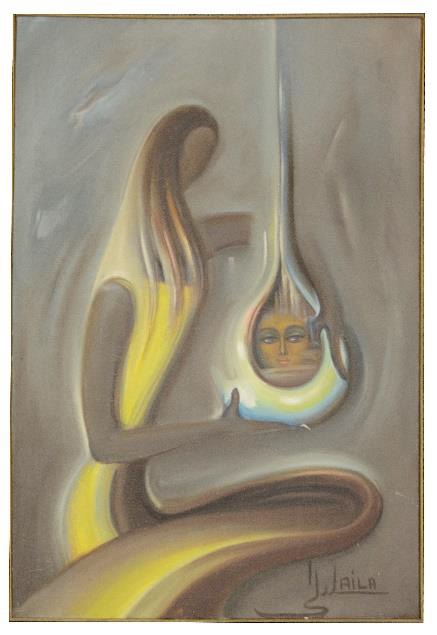 Large painted cloth hangings, known as picchavai, which were produced in Nathdwara in Rajasthan, Western India, to be displayed during annual Hindu festivals, are well represented. The sale includes a group which have been consigned by a retired London couple who used to run an art gallery in Hong Kong in the 1960s-1980s. One such example depicts Sharada Utsava, Nathdwara, Rajasthan, from second half of the 19th century, and has an estimate of £5000-£7000. 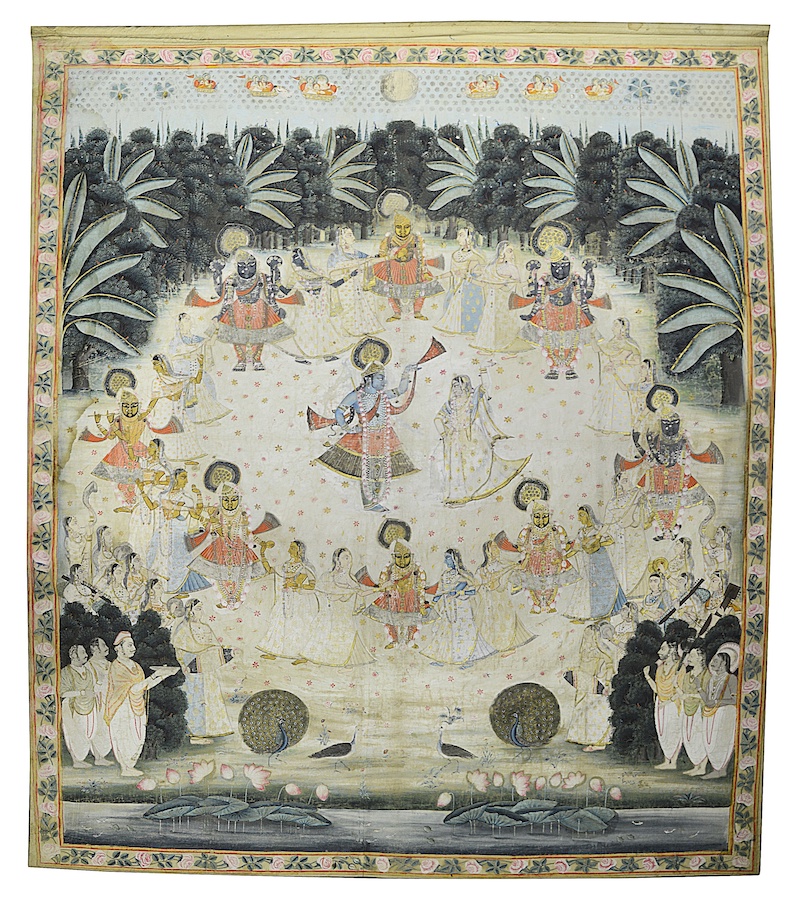 Olympia Auctions is to hold a sale of European Works of Art on May 23.