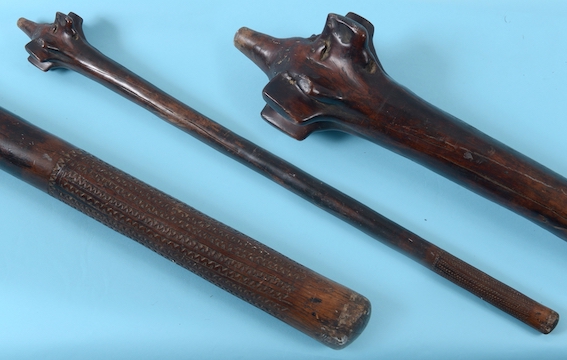 A single-owner collection of rare Fijian war clubs is included in a Dorset auction later this month.

Included in the sale is a large Vunikau rootstock war club, estimated at £800-1,200. With a mace type head and the handle carved with typical zigzag decoration it was favoured for fighting in open grassland where the reach was deadly for smashing skulls and breaking ribs. 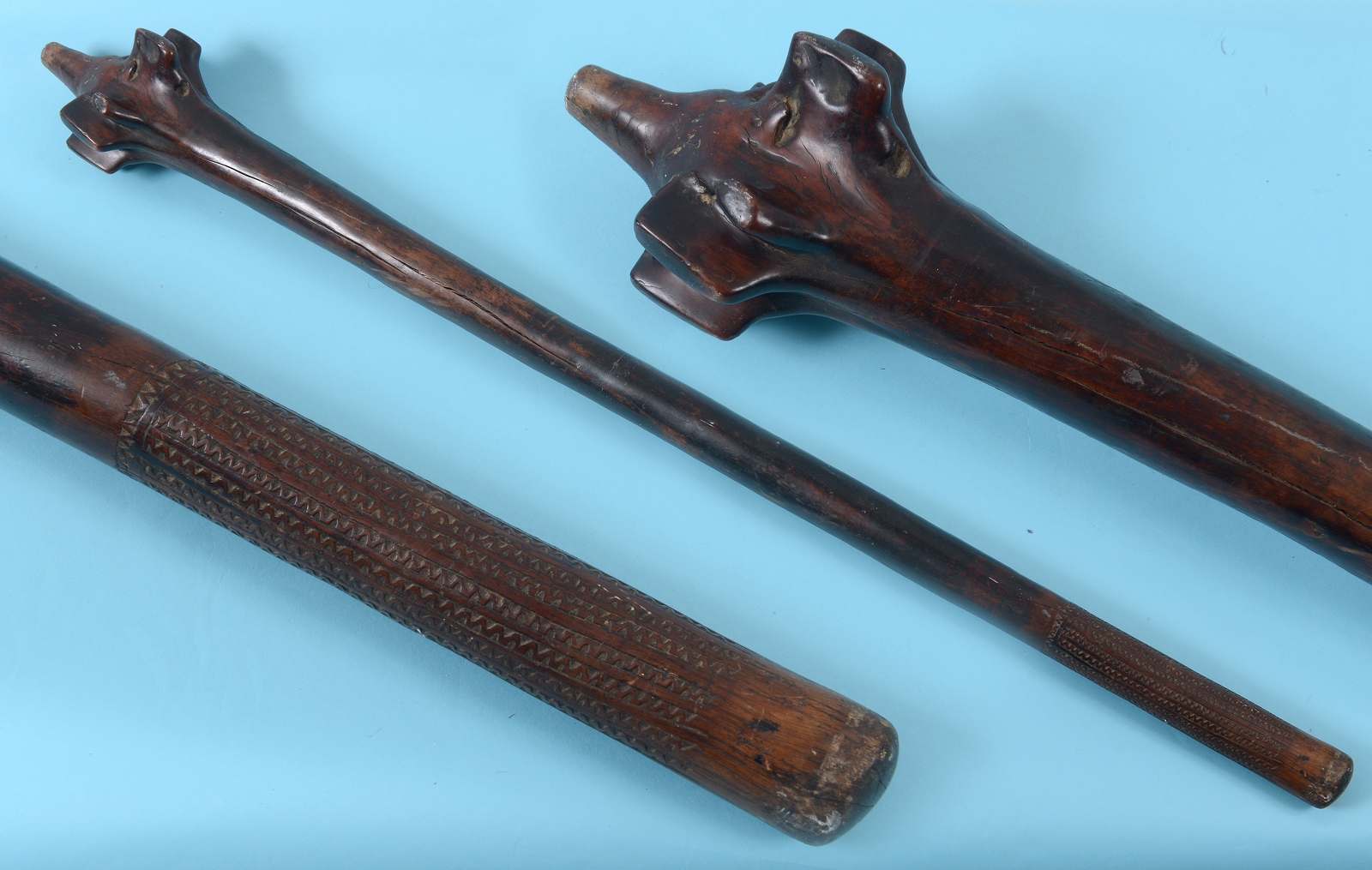 The collection also comprises two Ulas, or throwing clubs, which were used by Fijian warriors for throwing at an enemy. Warriors would often have more than one Ula tucked into their belt. These are valued at £100-£250 each. 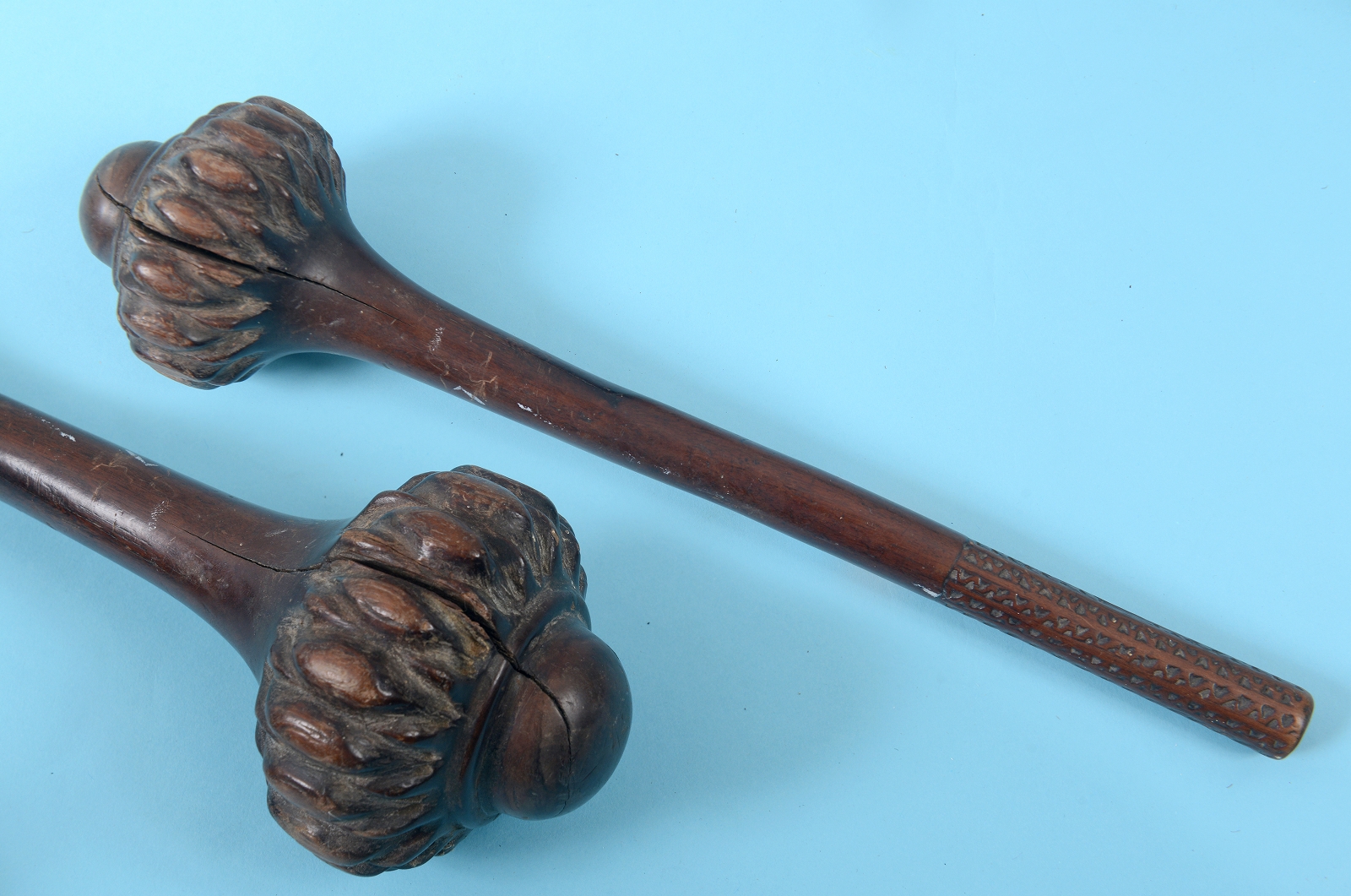 The war clubs were collected by the owner who worked as a civil servant in Fiji, finally returning to the UK when the country gained independence in 1970. The consignor has now decided to let new owners enjoy the collection, which he has owned for over 50 years.

Fiji has more styles of native weapons than anywhere else in the Pacific Islands.

Auctioneer Richard Bromell commented, “The market for Fijian war and other clubs remains very strong with international buyers bidding live on the internet looking to add items to their collections.” He added, “These beautiful hand crafted clubs and other items are today more likely to be put on display in a modern chic loft apartment rather than a country house due to their naïve charm and wonderful patina which fits in perfectly with 21st- century interior design.”

The collection of Fijian relics are included in the Charterhouse two-day June auction on 20 and 21.