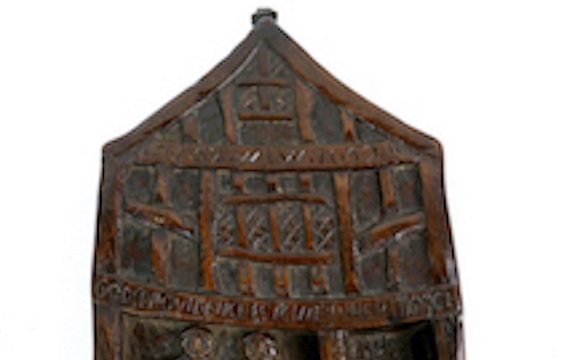 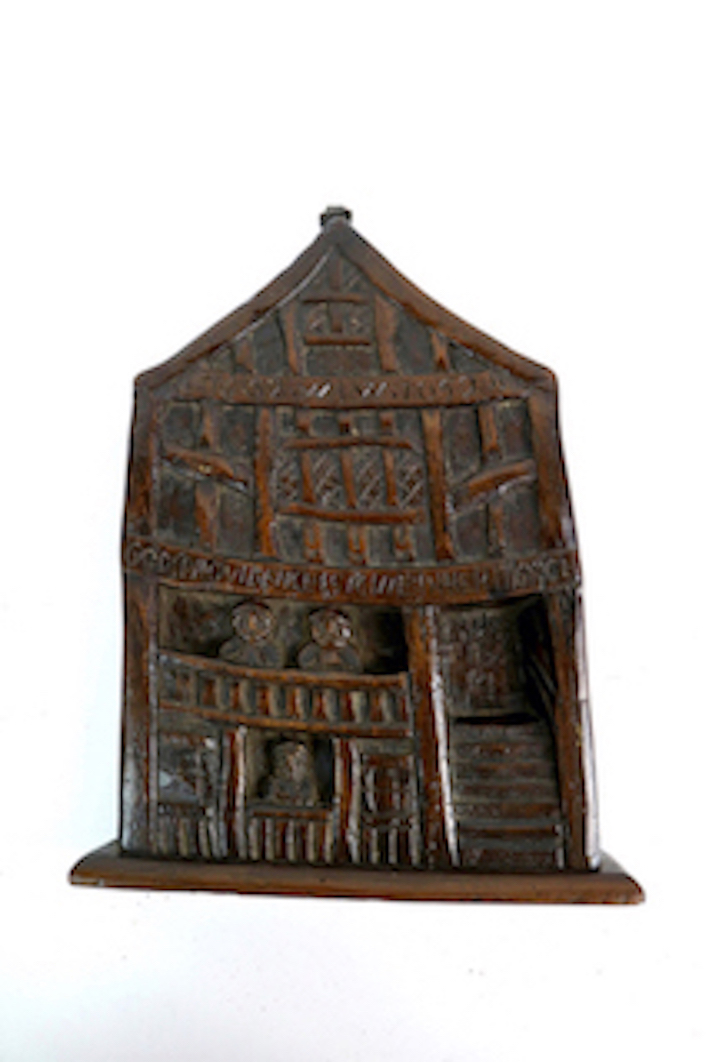 A rare 17th-century carved vernacular oak panel portraying the facade of God’s Providence House in Chester, which was left untouched by the Plague which decimated the town is set to sell at Halls Fine Art in Shrewsbury later this month.

The commemorative wooden panel carries an estimate of £800 to £1,200. When the plague ravaged the town in 1647, everyone in every other house in the street was killed apart from the residents of the property.

That seemingly miraculous event motivated the gracious thank you carving to God for being spared a dreadful and all too common fate, one that cost 2,000 live on this occasion. On the panel the words ‘Gods Providence Is Mine Inheritance’ are inscribed below an image of the house that was spared.

Jeremy Lamond, Director of Halls Fine Art in Shrewsbury, said that the oak plaque was brought in by a client who was not sure of its provenance. “I was aware of the story and of the house of which this carving is an illustration, but I could not be sure if there was a direct link until I saw the date 1652 carved into the panel. That is the precise date when the house was rebuilt. Then I was sure that this dedication panel and its thanks to divine providence was the real thing, an object that once decorated the ‘Gods Providence House’ at 9 Watergate Street, Chester.”

For the last century the panel has been in the same local family. It was owned by Robert Beswick (1884-1973) who was the grandfather of the present owner, Juliet Blackie. 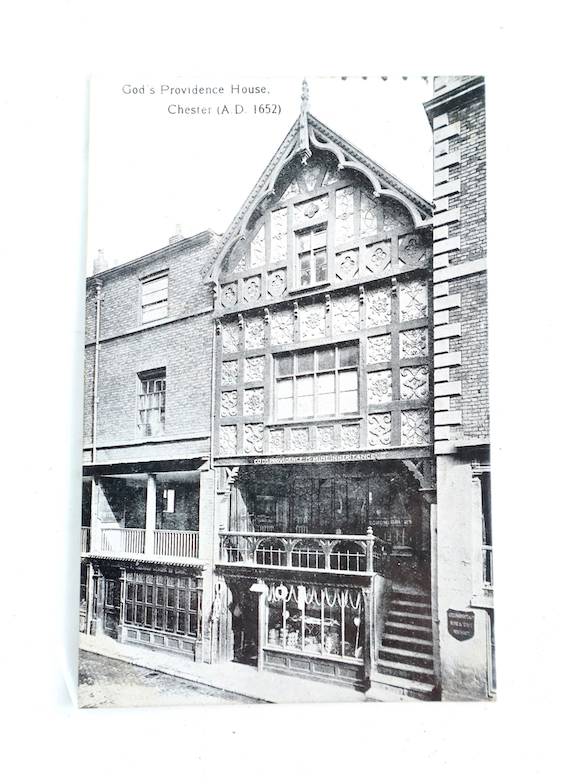 Robert Beswick was a Staffordshire solicitor and entrepreneur and a connoisseur and collector of historic artefacts. He began collecting in his teens and probably owned the panel by the Edwardian period. He was an active member of archaeological and antiquarian societies. For most of his life, Robert lived in Newcastle under Lyme and later Stone in Staffordshire. He was related to the Beswick family of potters although was not a potter himself.

The name ‘Gods Providence House’ is reputed to have been given due to the legend surrounding the building that stood here prior to the construction of the present house on the site.

The original property, which is believed to date from the 13th century, is reported to have been the only one in a considerable area whose inhabitants escaped the plague that swept through Chester in 1647-48, killing some 2,000 in the city. The population at the time is estimated to have been only around 5,000.

The original building was destroyed and the current house built in 1652. Reconstructed in 1862 the building, like many in Chester, is not as old as it first appears, and not a renovation of an ancient Tudor house, but in fact a completely new building.

Although the Civil War siege of Chester had been lifted with the surrender of the City on the 3rd Feb 1646, the effects of famine and other privations were such that in 1647 the plague broke out. From June 22nd until April 20th 1648 over 2,000 people died of disease, over a third of the population.

An account of the time reads, “The Plague takes them very strangely, strikes them black of one side, then they run mad, some drowne themselves, others would kill themselves, they dye within a few hours, some run up and downe the streets in their shirts to the great horror of those in the Citty”(Kennet, Loyal Chester).