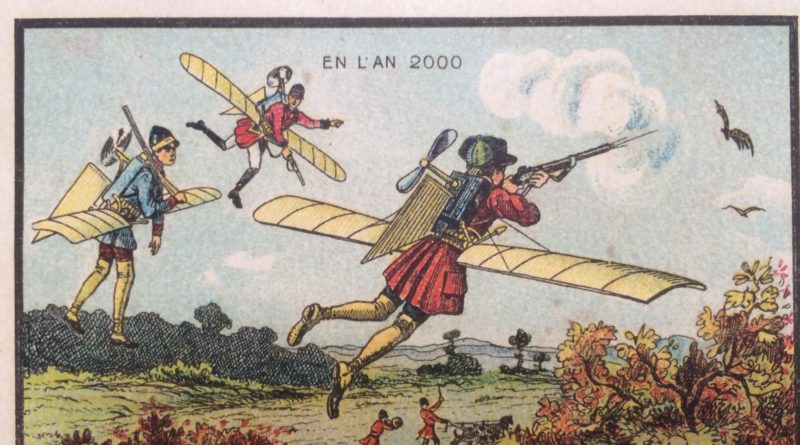 Fascinating and mad-cap illustrations depicting the year 2000 as seen in 1899, look set to generate interest in a Staffordshire saleroom. 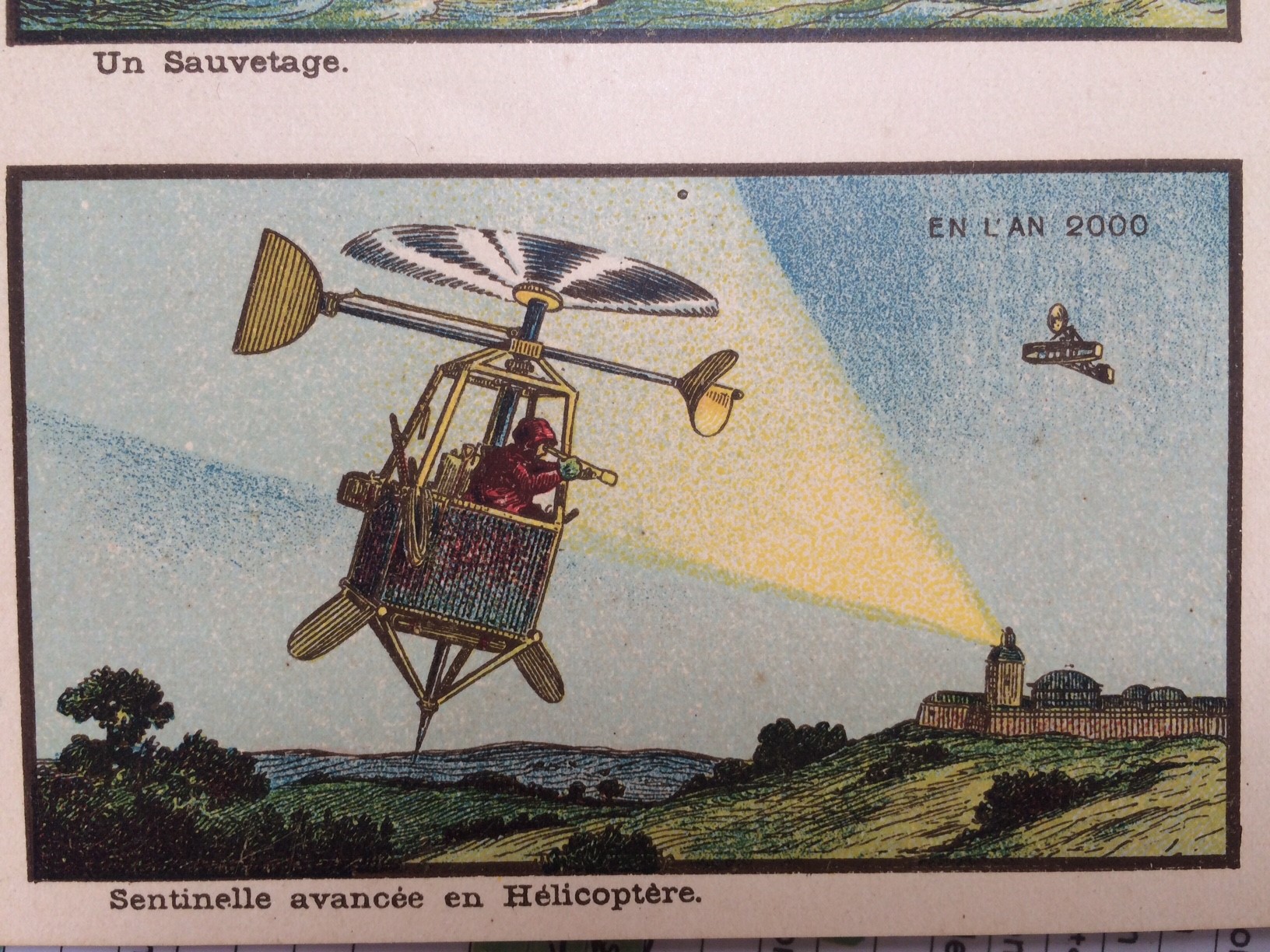 The futuristic illustrations were created by French artists 120 years ago and predict such developments as fish-powered buses, firemen with wings and aero cabs flying people around the city.

Auction experts at Hansons Auctioneers said that not only are they extremely rare, it could be the first time ever an original set of the weird and wonderful prints has been offered for sale.

But though many of the designs are surreal others predict scientific advancement and inventions, such as helicopters. The world’s first practical helicopter didn’t take to the air until 1939 – 40 years after the illustrations were created. 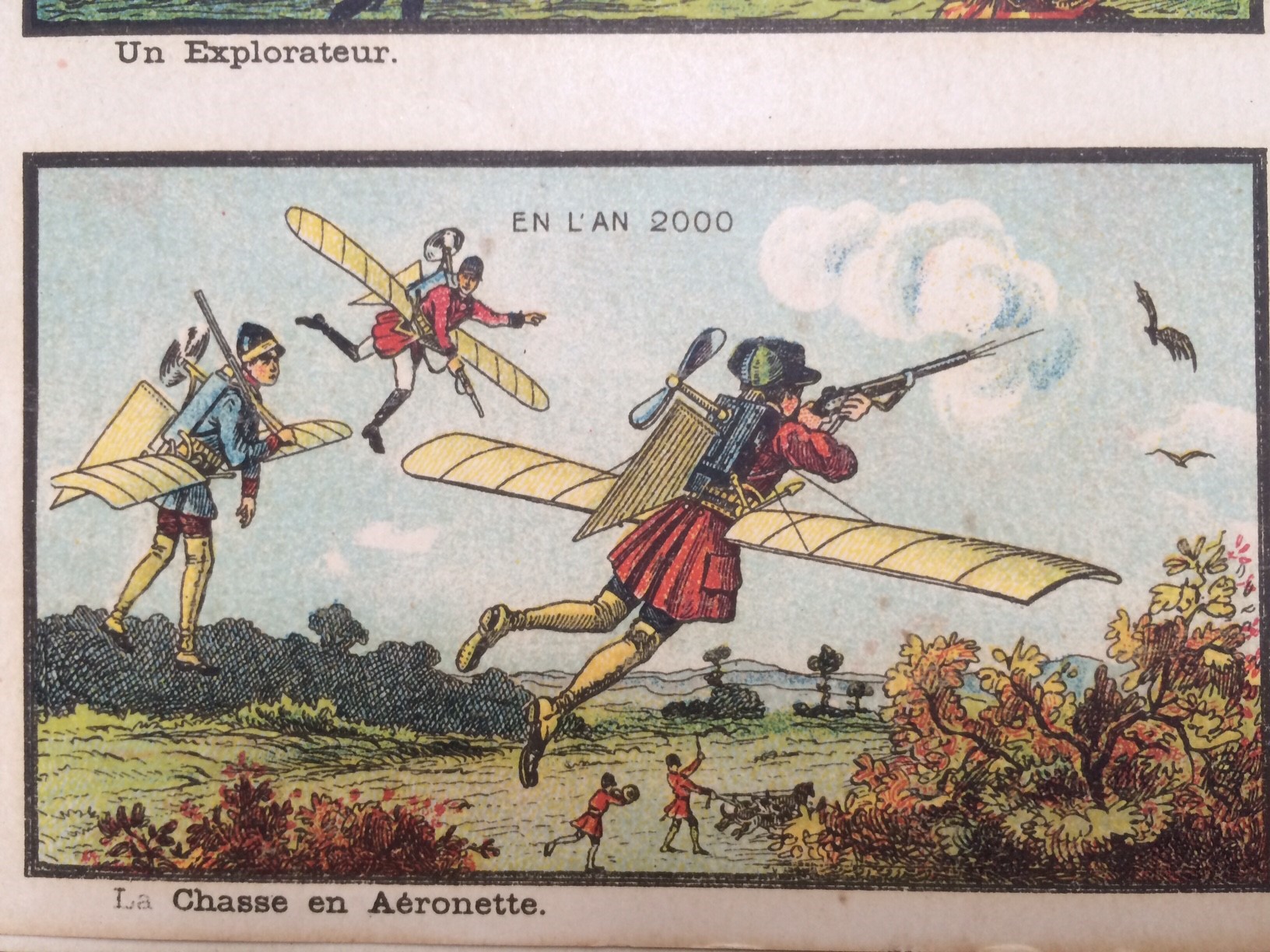 The illustrations were found by Jim Spencer, works on paper specialist at Hansons Auctioneers, who believes they could spark major interest when they go under the hammer at Bishton Hall in Staffordshire.

He said: “I was going through a box full of old pictures at Hansons’ saleroom near Derby and spotted these vibrant prints with surreal visions of the future. I was instantly captivated. I was even more surprised when I started researching them and realised their scarcity. 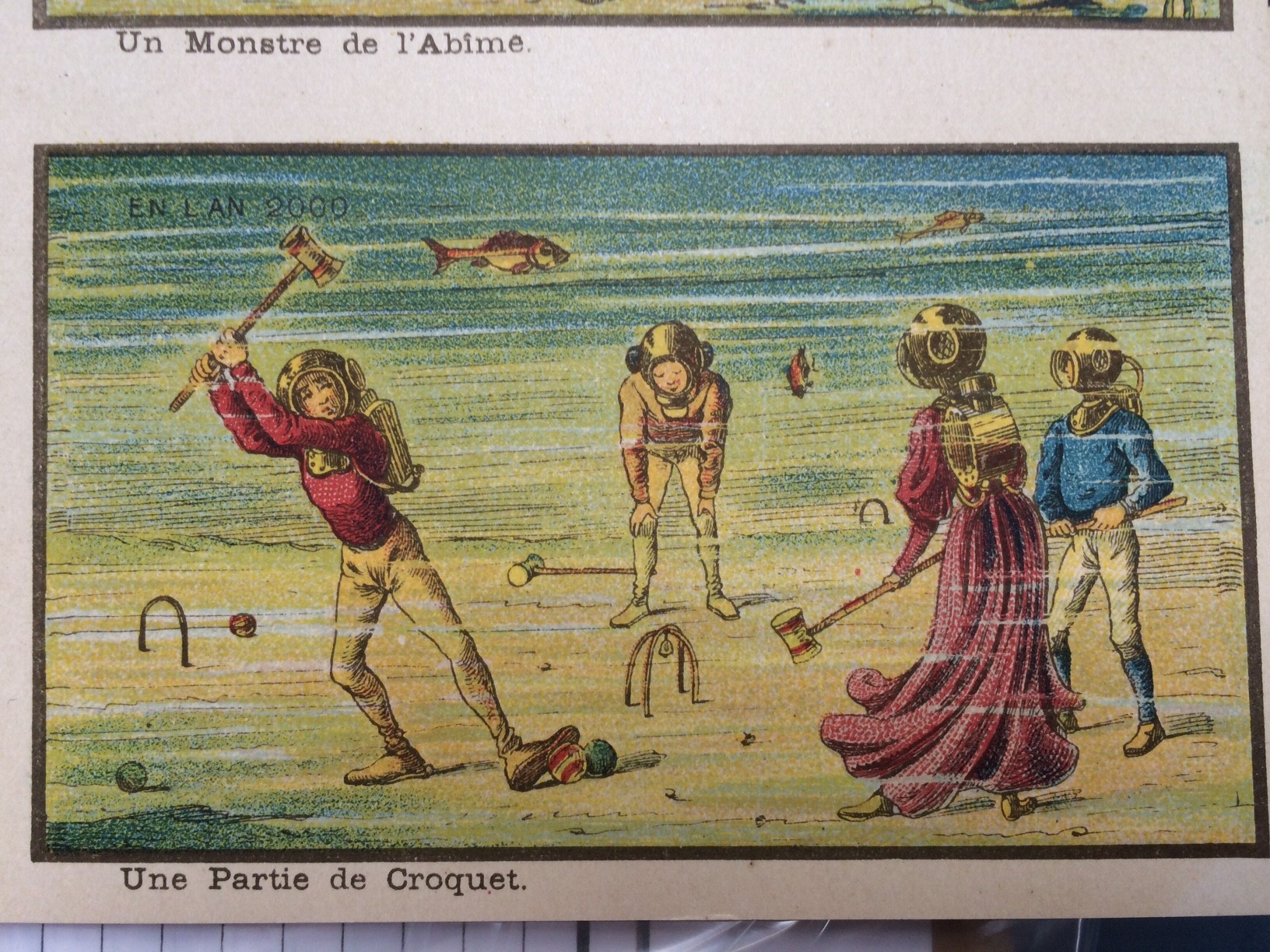 “The series is called ‘En L’An 2000’ (In 2000). A number of French artists, including Jean-Marc Cote, were asked to illustrate the future for a World Exhibition in Paris in 1900 and the original set was published in 1899.

“They were intended for inclusion in cigar/cigarette boxes but, due to financial difficulty, were never distributed.

“Some more designs were added – there are 87 in total – and, later, postcards but again not distributed.

“They were completely lost to history until the 1980s when science fiction author Isaac Asimov stumbled across a set of the postcards and featured them in his book Futuredays: A Nineteenth Century Vision of the Year 2000. 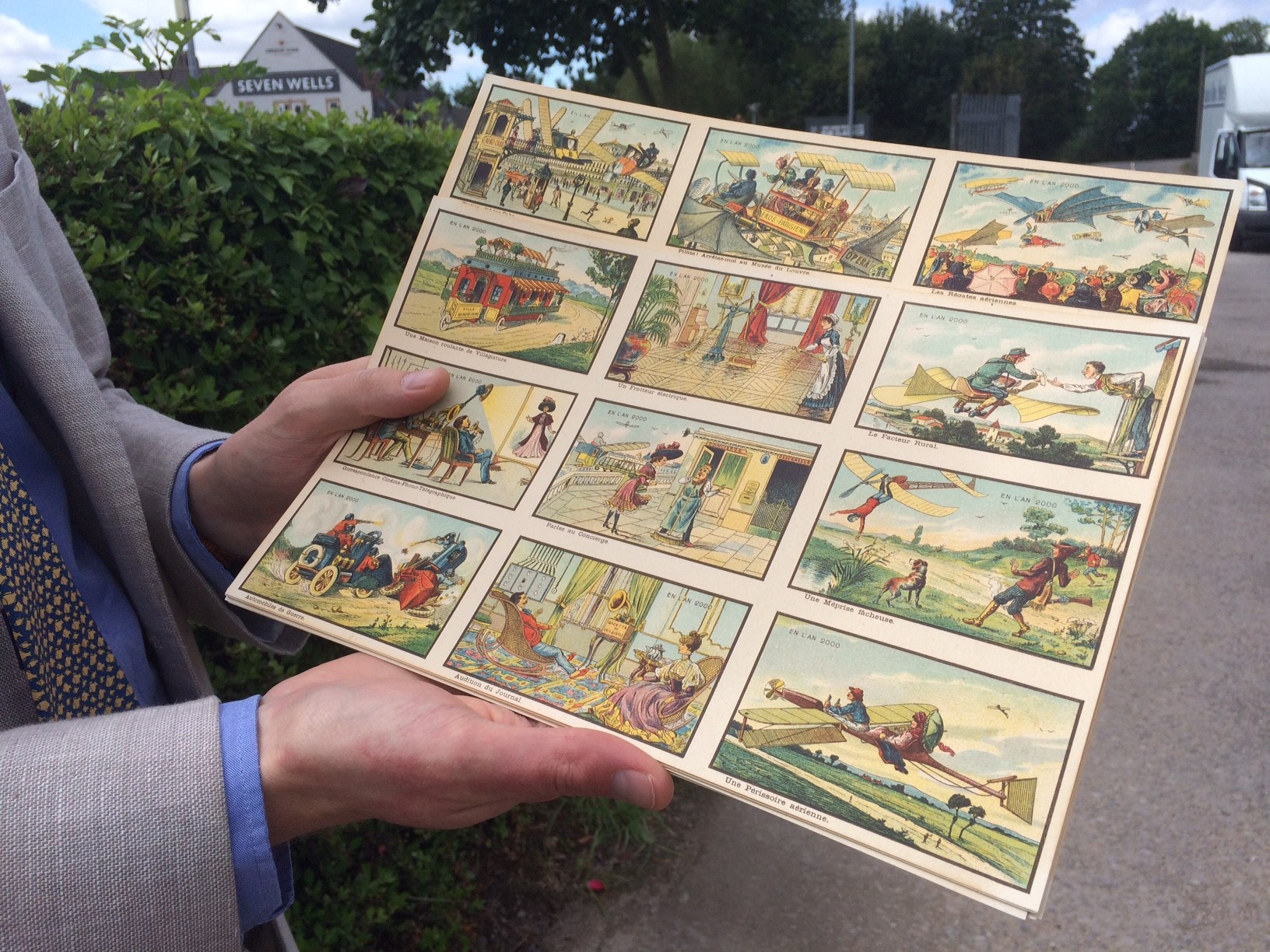 “This has to be from the very beginning of the story, published circa 1899 for the World Exhibition and never released. I think this is the first time an original set has ever been offered for sale.

“I have no idea how the market will respond to something like this, but they deserve to rocket away. This is a really important bit of retro-futurism.  I am guiding the set of prints at £300-500 but it will be exciting to see what happens.”

The set of prints will be sold at Hansons on July 31.