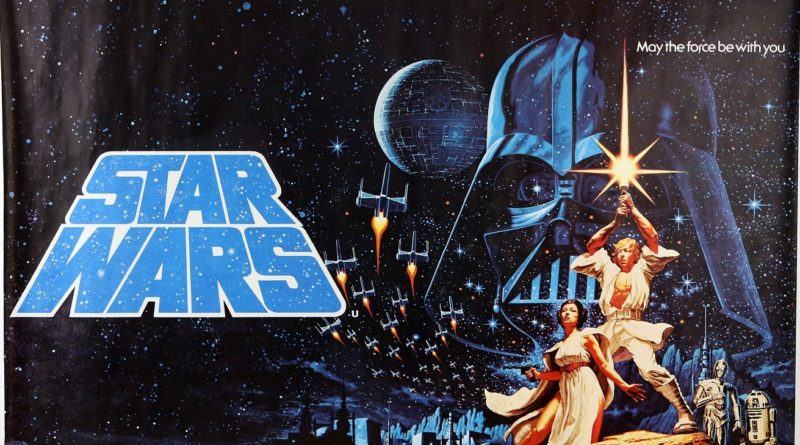 Original Star Wars posters and vintage examples from the James Bond franchise look set to be in demand in a Surrey sale next month.

The various film posters will go under the hammer at Ewbank’s where entertainment specialist, Alastair McCrea, said, “Star Wars posters and memorabilia always creates a buzz when it comes to auction. Anything connected to the original three films in particular is highly sought after from fans all over the world.”

One of the highest value lots in the sale is a British quad film poster, advertising the first 1977 Star Wars film. It features art work by Tim and Greg Hildebrandt, and was used when the film was initially released in the UK.

However, following the film’s launch, the studio decided the characters on the poster should more closely resemble the actors in the movie, so the Hildebrandt-designed poster was discontinued. The studio reissued the poster, featuring artwork by artist Tom Chantrell, and it’s his design that is now most associated with the film.

Ewbank’s also has a number of posters by printing company Marler Haley on sale, all made for the Odeon cinemas, to promote the original first three Star Wars films going on sale.

These are some of the rarest Star Wars poster sets and it’s expected they will garner great interest from Star Wars buffs all over the world.

Aset of four posters of the same size advertising the 1980 movie Star Wars, The Empire Strikes Back, has a pre-sale guide price of between £500 and £800.

Another set of four Marler Haley double crown posters for Star Wars, The Empire Strikes Back, is also going under the hammer. However, these have spaces for stills and handwritten captions, something the team at Ewbank’s has not come across before. The set carries an estimate of between £200 and £400.

Elsewhere in the sale, a number of James Bond posters are going under the hammer, including a British quad film poster (30 x 40 inches) advertising the 1965 movie, Thunderball, starring Sean Connery, which has been valued at between £1,000 and £1,500.

Elsewhere, a double crown poster (20 x 30 inches) promoting the 1971 film Diamonds Are Forever, also starring Connery, has been valued at between £300 and £500.

Another set of four Marley Haley posters for Odeon, this time for 1981 Bond film, For Your Eyes Only, has an estimate of between £200 and £400.

The sale takes place on August 23.