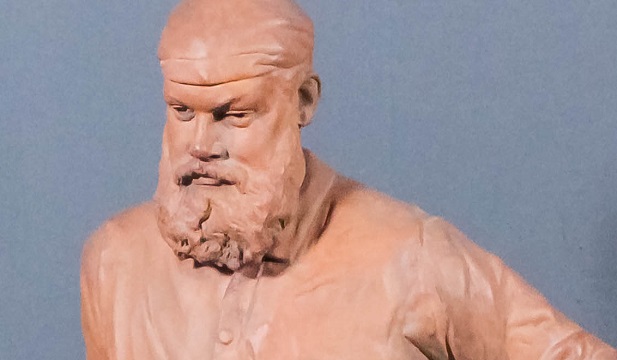 With the Ashes hotting up, the sale of a lifetime’s antique cricket collection hit full swing at a recent Kent auction when antiques, paintings and items related to the sport collected by a late Dover man throughout his life sold for thousands.

The sale at The Canterbury Auction Galleries saw a terracotta statue of legendary player W G Grace sell for £10,000.

The 32-inch (81cm) standing figure of W. G. Grace (1848-1915) in cricketing attire leaning on his bat, was signed and dated 1885 by its maker, sculptor Edwin Roscoe Mullins (1849-1907). It was purchased by an Oxfordshire-based buyer in the room who batted away strong competition from a number of online bidders.

A bronze version of the figure was presented to Marylebone Cricket Club by a Mr F R Evans.

The cricket collection belonged to the late Mr Thomas Gould who played cricket at Highgate School in North London, Wanstead Cricket Club, Essex CC after the Second World War and until his recent death, he was one of the longest serving members of the MCC.

Pride of place in his home was a charming 19th-century English School painting, (17 x 23ins, 43cm x 58.5cm) showing a grandfather teaching a clutch of children how to play. The rural scene showed the old man with walking stick about to throw underarm to the boy in the crease while his brother and sisters cheers him on. 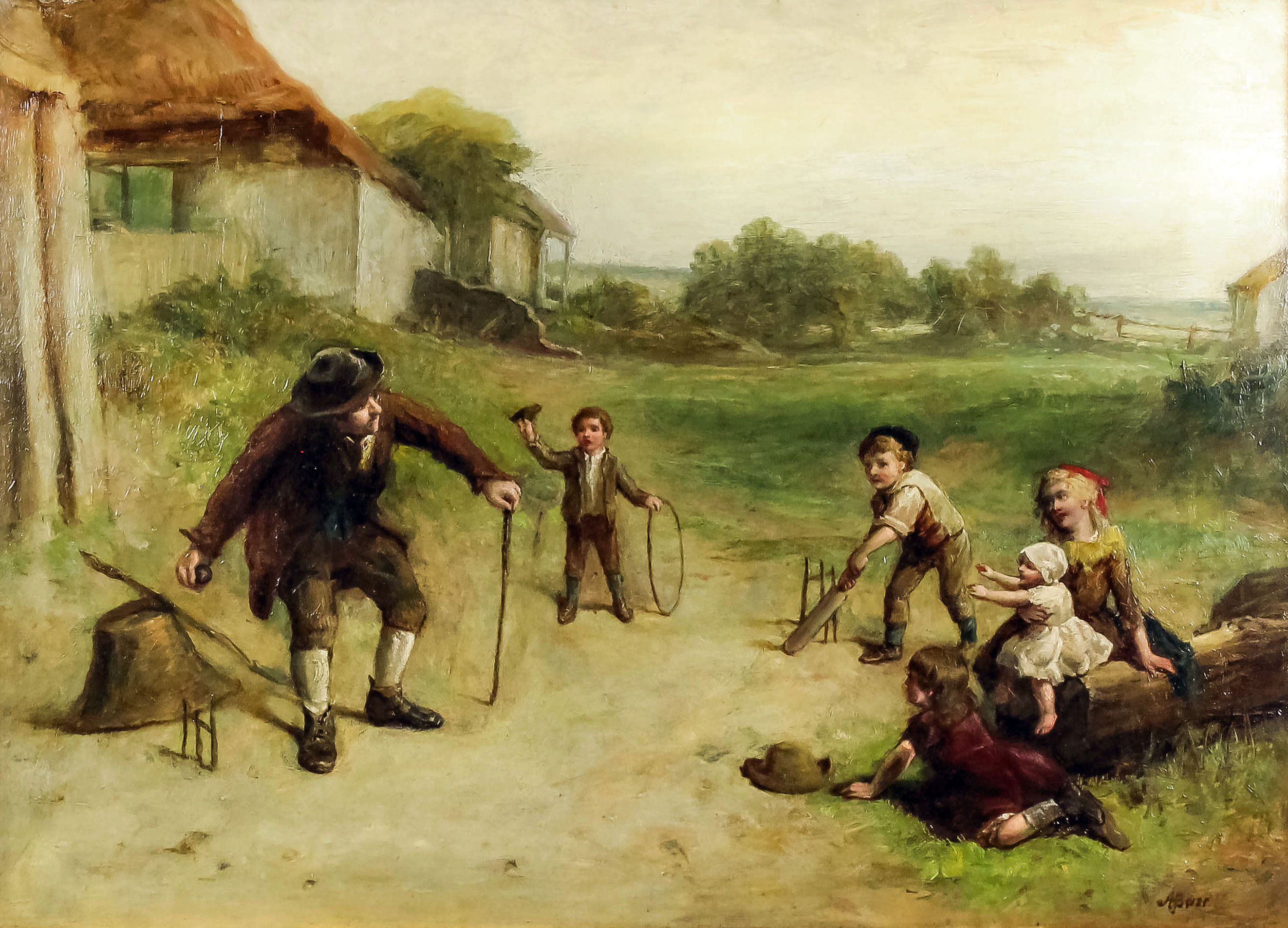 A private collector from Cornwall swept up three lots of Staffordshire figures, two of which each depicted the Surrey professional Julius Caesar (1830-1878) in various colourways standing bat in hand by the wicket. The more valuable showed the cricketer wearing an orange cap, the other green, which sold for £900, while in the other he wears an orange cap and green shirt and a green cap. Made in about 1860, each lot was estimated at £400-600. 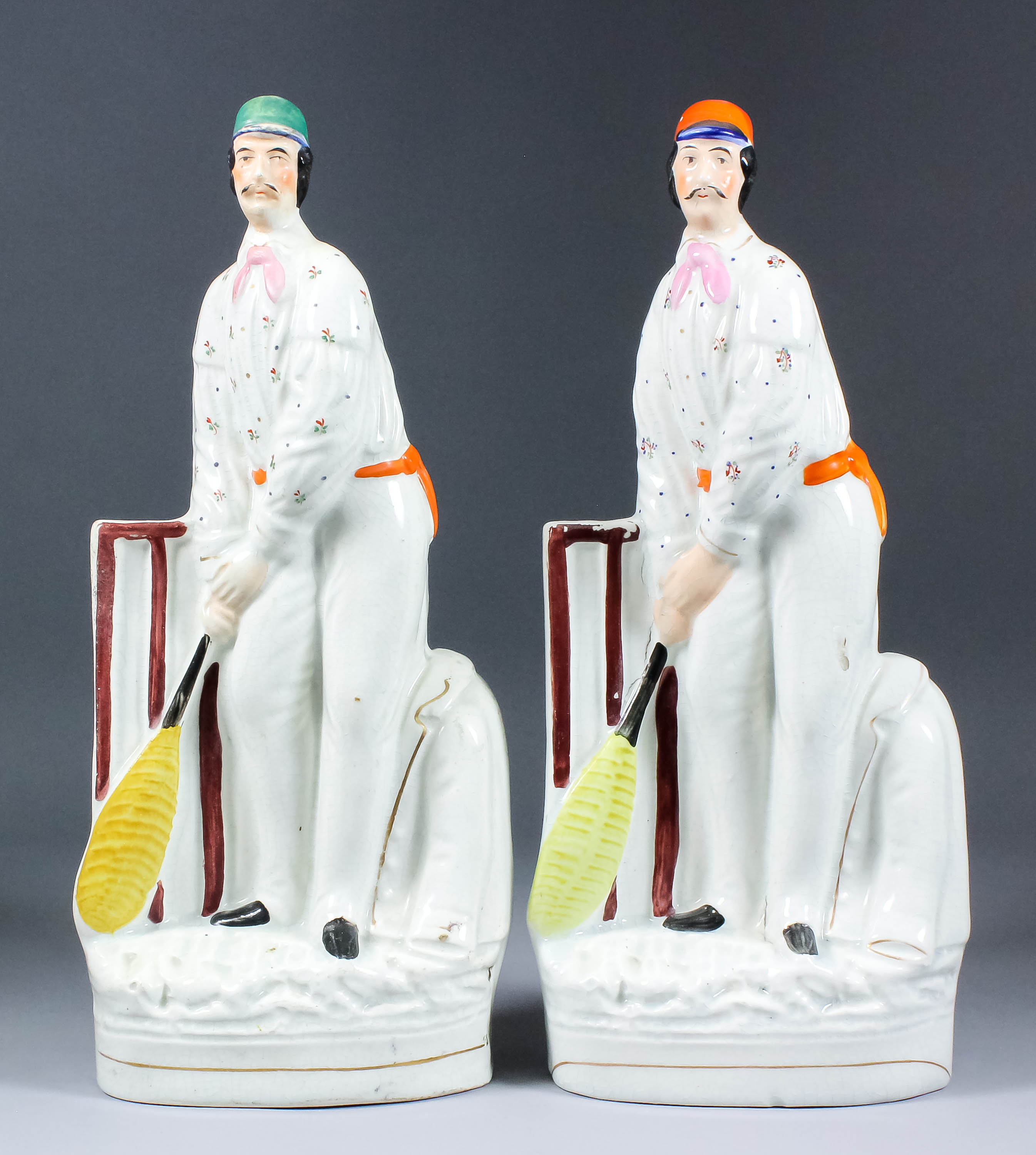 The single figure in the third lot showed George Parr, known as the “Lion of the North”, whose first-class career lasted from 1844-1870. He played mainly for Nottinghamshire, and was club captain from 1856.

He is shown wearing an orange cap and holding a ball next to a bat and wicket, indicating he was both a batsman and bowler. The figure sold for £500 against an estimate at £250-350.