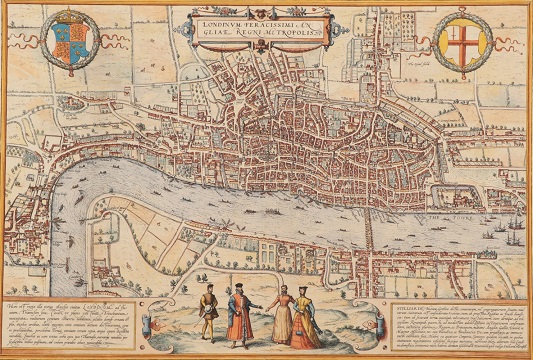 An early town map of London and Essex from the 16th century looks set to be one of the keenly-sought lots in an upcoming North Yorkshire sale.

The town plan of London by Georg Braun and Franz Hogenberg was first published in ‘Civitates Orbis Terrarum‘ the first printed collection of town maps, in c.1580.

The hand-coloured Londinium feracissimi Angliae Regni metropolis uses a viewpoint perhaps unique to maps; the city is shown tilted at a strange angle, disregarding perspective, allowing the major buildings to be shown. 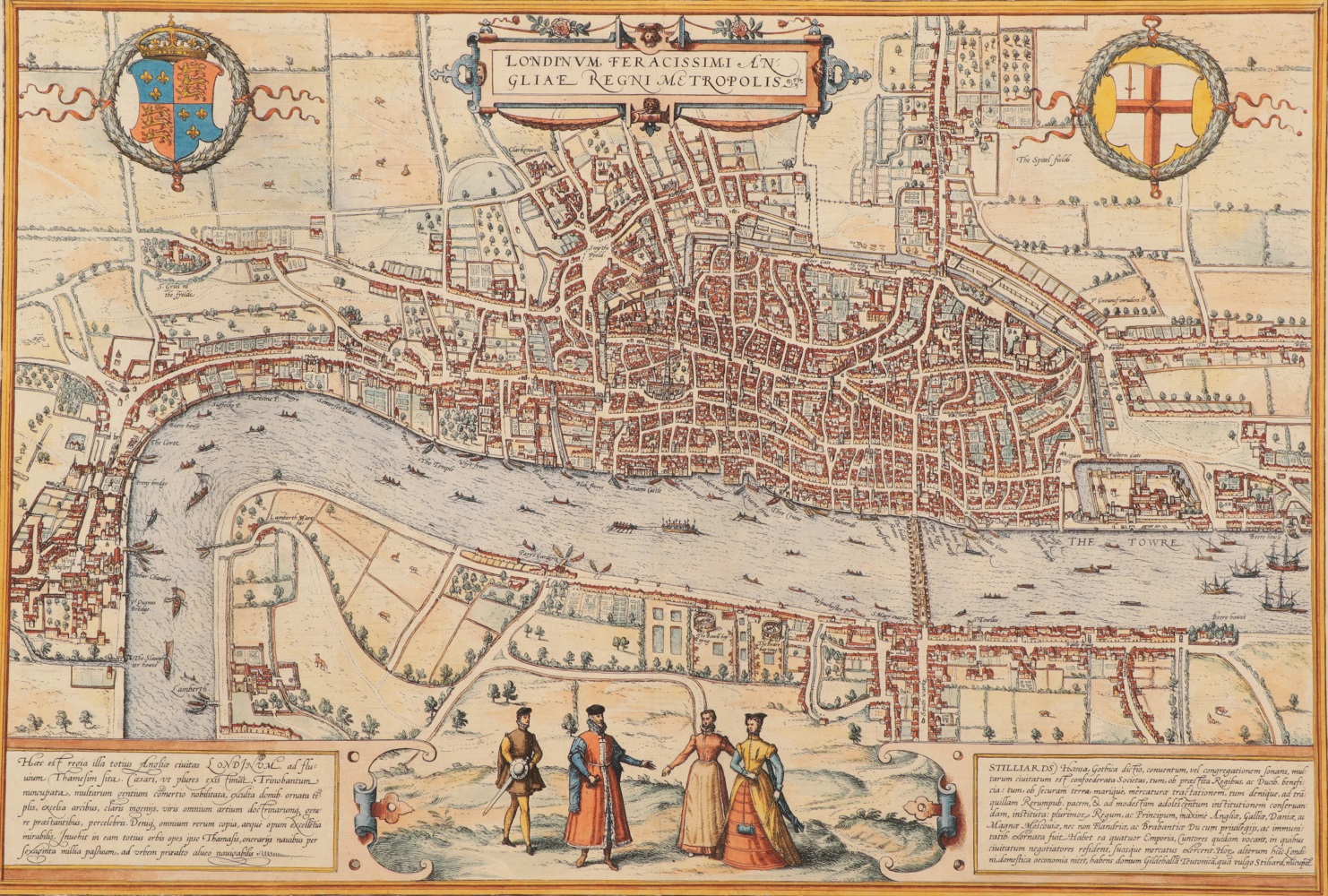 The map was produced by the Hanseatic League, perhaps to woo Mary Tudor and secure rights and privileges for the merchants. Indeed, the Steelyard headquarters of the league is described to the lower right corner of the map and the Royal Barge is given prominence on the Thames.

The item is seen as a hugely significant source on early modern London and its development. It is entered into sale at Tennants Auctioneers with an estimate of £2,000-3,000.

Elsewhere in the sale, other maps from the 16th to 20th centuries include those by the most well-regarded map makers of their day, such as John Speede, John Cary and James Pigot.

A 19th-century map of Essex offers a detailed view of the county as it is produced in the unusual scale of two inches to the mile. John Chapman and Peter André’s A Map of the County of Essex from an Actual Survey, published in 1833 and first published in 1777 carries an estimate of £1,000-1,500.

Turning away from British shores, of interest to collectors of Polar Exploration is E.P. Bayliss and J.S. Cumpston’s Handbook and Index to Accompany a Map of Antarctica, alongside said map and both published in 1939. It has an estimate of £1,000-1,500. The handbook is rarely found complete with the map, and was purchased directly from the Commonwealth of Australia Department of External Affairs in London on October 7, 1940. It is sold with an accompanying letter apologising for the delay in sending the map and handbook as they were awaiting fresh stock from Australia.

The sale takes place on September 11.