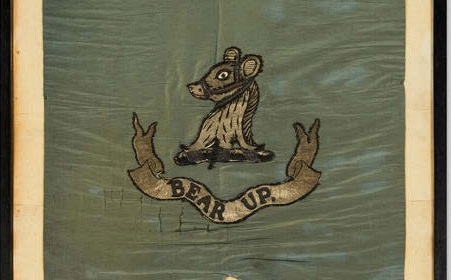 Personal possessions that once belonged to a young naval officer who was part of a two-year expedition to the North Pole in 1875 are to be sold in a London auction this week. 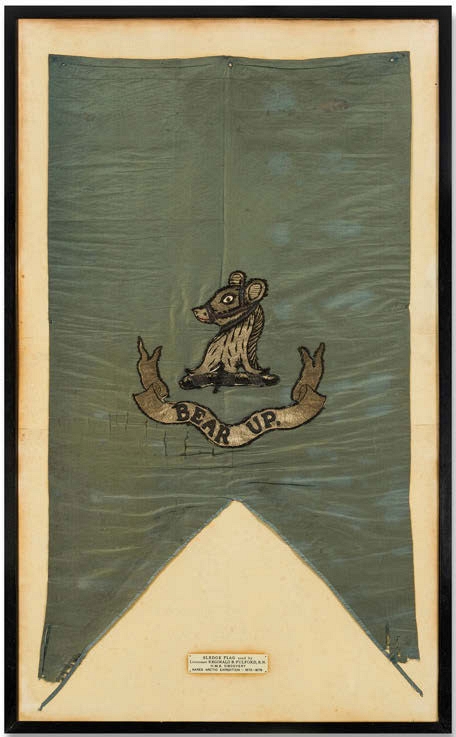 On May 29, 1875, Captain Sir George Nares led an expedition on board the Discovery and the Alert to the Canadian arctic, with the intention of reaching the North Pole. On board HMS Discovery was a young naval officer named Reginald Baldwin Fulford, whose possessions have been passed by descent in his family, and have now been consigned for sale in Forum Auctions‘ Fine Books, Manuscripts and Works on Paper on September 26.

The expedition managed to reach the hitherto most northerly point in the Canadian arctic, and chartered almost 400km of unknown coastline. A party led by Cdr. A.H. Markham made an attempt to reach the pole, before turning back due to ice drift and rough conditions.

First of the eight lots in the sale is a superb photograph album compiled by the 24-year-old Lieutenant, comprising 56 albumen prints, many (if not all) of which are by Thomas Mitchell, the paymaster in H.M.S. Discovery.

An amateur photographer, Mitchell was trained at the request of Captain Nares at the Army School of Photography in Chatham especially for this expedition. The images include groups of ‘Eskimeau’ and native women and views of the ice-bound ships, sledging parties, the crew and their dogs etc. The lot carries an estimate of £3,000-4,000.

The most highly priced item, and the most iconic, is the original sledge flag used by Fulford on his exploratory missions. The large metre-long blue silk swallowtail flag carries the rather apt embroidered legend ‘Bear up‘.

In Captain Sir George Nares’ own account of his expedition, published in 1878, he wrote: “On the 15th [July 1876] Lieutenant Fulford crossed Hall’s Basin from Polaris to Discovery Bay and found the ice stationary until he arrived within two miles of the west shore; there he came to broken-up ice in motion, across which he had difficulty in reaching the shore with his sledge crew.” This unique piece of polar ephemera is estimated to fetch £4,000-6,000.