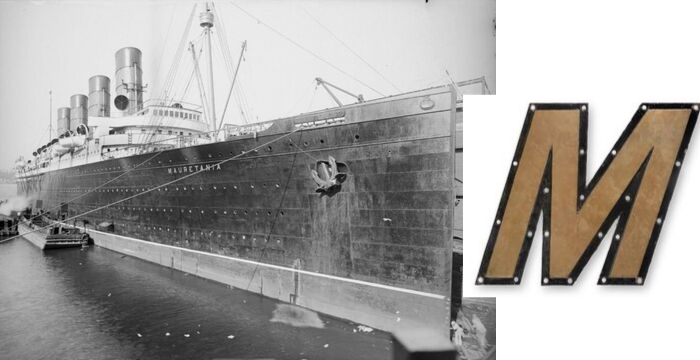 A two-foot-high cast bronze letter ‘M’ from the starboard hull nameplate of the legendary Cunard liner R.M.S. Mauretania is to be offered for sale in a North Yorkshire auction house in November.

This unique piece of shipping history was originally bought for less than 10 Guineas in an auction of the ship’s fittings after her decommissioning in 1935. It will be offered in the sale at Tennants Auctioneers with an estimate of £5,000-8,000. 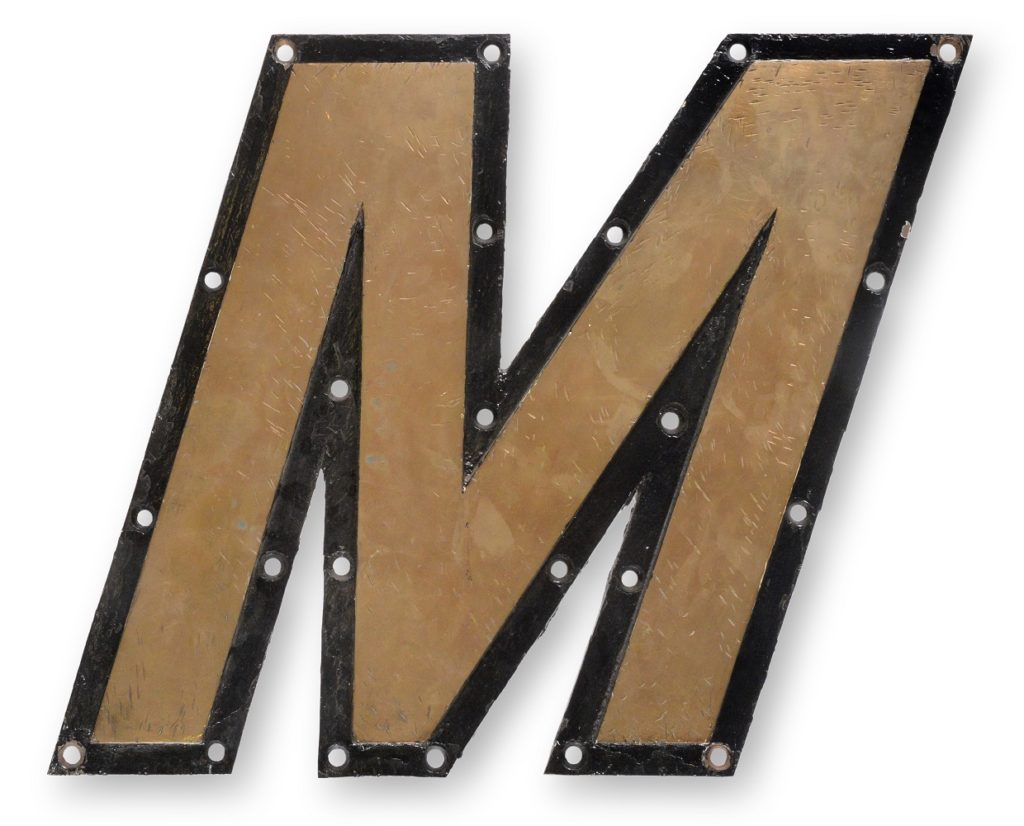 The letter ‘M’ was acquired from the Sutton family in the 1950s by the present vendor’s father. The letter ‘E’ is in the Discovery Museum in Newcastle, but it is thought that this is the first Mauretania letter to appear on the open auction market since 1935 and is likely to cause much interest among collectors of shipping memorabilia.

Facts about the Mauretania :

The Mauretania was decommissioned in 1935 after twenty-eight years of service. She was taken to Southampton Docks, where Hampton & Sons of St. James’s, London were tasked with auctioning the ‘Appointments, Furnishings, Panelling etc. of the World Famous Cunarder’. 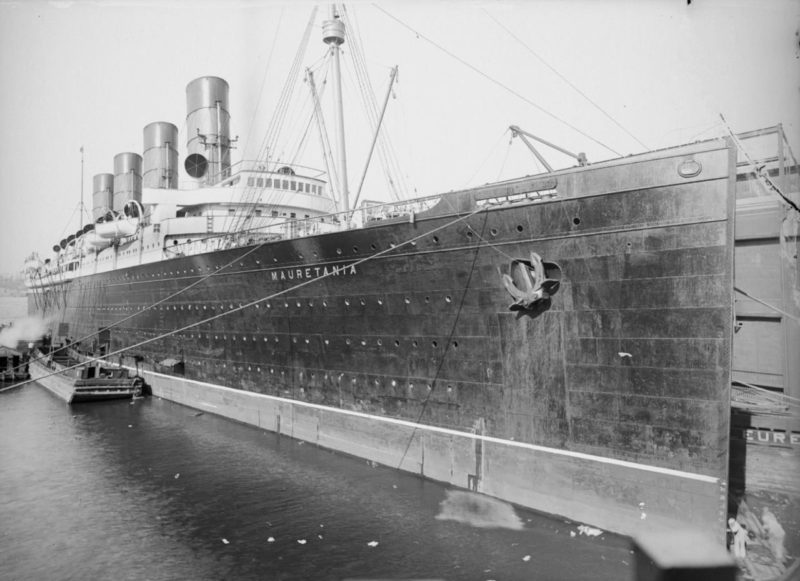 The auction was held onboard the liner over several days, beginning on Tuesday, May 14; it garnered much interest, was reported to have realised almost £15,000, and was closed by an emotional rendition of the National Anthem.

The sale was reported in The Daily Telegraph, which described the starboard bow lettering being sold “letter by letter”, and that  “The letter ‘M’ will hang in the home of a Reading seed merchant [Martin Sutton] who made several trips in the Mauretania”. It goes on to state that the two ‘A’s’ were purchased by Mr Douglas Sessions, a London engineer who intended to turn them into a gong, and that the ‘N’ went to the Salisbury house of a former purser.

The port and stern nameplate lettering sets were sold complete to Mr Walter Martin, a cigar merchant and hotelier who intended to use them in a future hotel venture.

Following the auction, the Mauretania was sailed up the east coast, pausing for half an hour off the Tyne, her birthplace, before sailing up the Firth of Forth to Metal Industries shipbreakers in Rosyth where she was dismantled.

The Mauretania was an icon of Edwardian shipping and held in great esteem by the nation. One former commander, Captain Sir Arthur H Rostron said of the liner “She will sail the sea in our memories for many years… the most graceful ship ever built to cross the Ocean”.

The sale takes place on November 27.