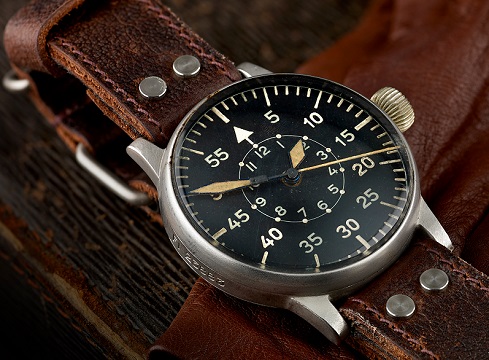 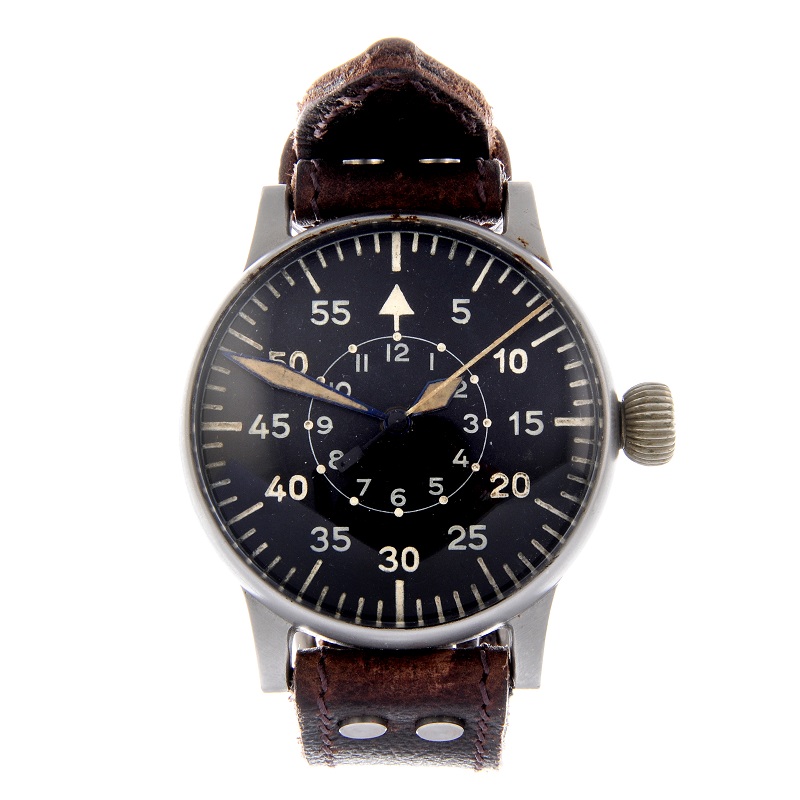 A German Air Force watch from World War II carries an estimate of £8,000 to £12,000 in a Birmingham auction next month.

The military pilot watch, issued to the German Air Force, was designed by A. Lange & Söhne, one of the five manufacturers who supplied these watches to the German forces in the 1940s.

The watch displays a type B dial. The Beobachtungs-uhren (B-Uhr) watch has luminous Arabic numeral hour markers, designed to assist in the dark. B-Uhr translates to observation watch, as they were designed with great legibility in mind.

The example in the Watch Sale at Fellows dates back to 1942 – seven years after Adolf Hitler rebuilt the German Air Force.

The military watches were issued to German pilots for specific missions and then returned once that mission was over.

At 55mm in size, the large watches were designed to be clear for the German aviators whilst dropping bombs with devastating consequences throughout the Second World War.

The watch has a case number FL23883, and The B-Uhr from A. Lange & Söhne is a timeless classic, instantly recognisable due to its unique size and luminous sword-like hour markers.

A. Lange & Söhne designed luxury watches from the mid-19th century until the original company ceased to exist in 1948, shortly after the Second World War. 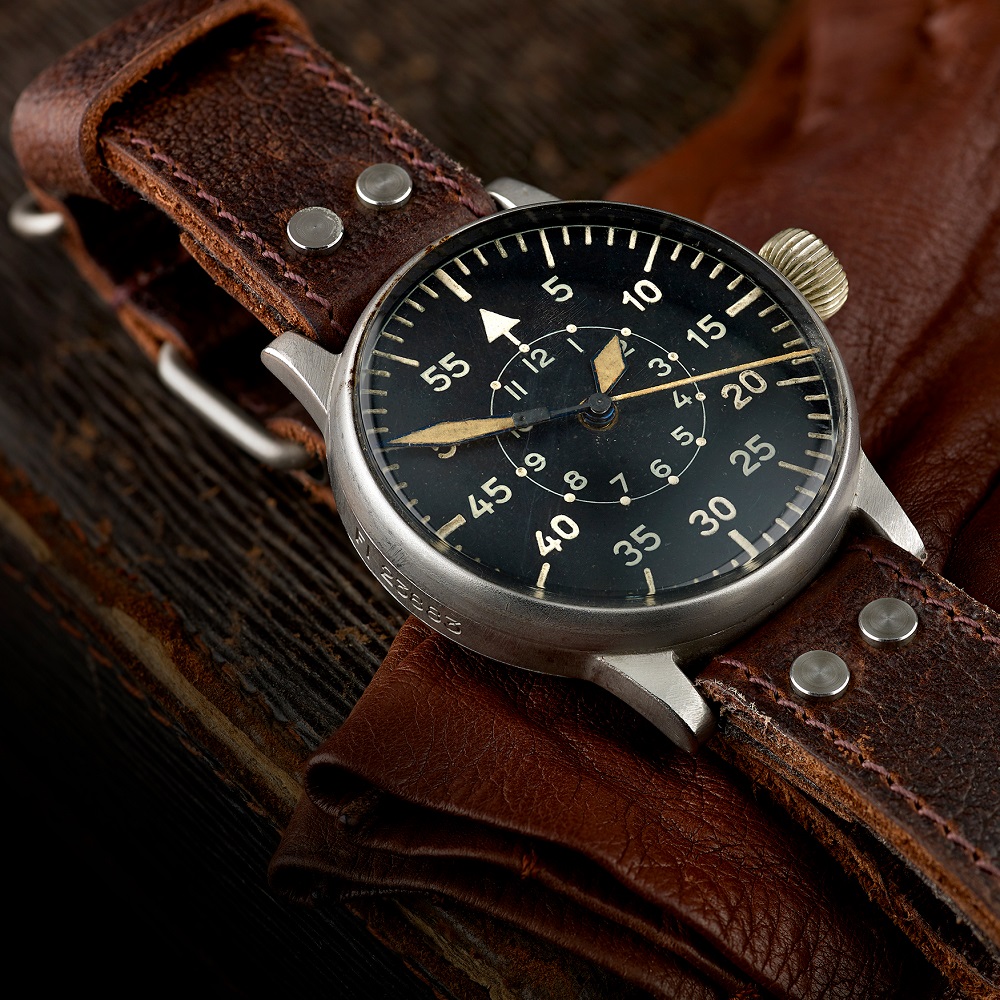 The watch is fitted to an unsigned brown leather strap with a base metal pin buckle and stand-out base metal case.

Laura Bishop, Watch Manager at Fellows Auctioneers, said, “Military watches are completely unique in their ability to instil excitement and wonder. This WW2 German Pilot wrist watch by A. Lange & Söhne is an exceptional piece of history and we are honoured to be able to showcase it in our sale. Who knows what exactly this watch experienced during its missions in the war but we know for sure that it has led a fascinating life. I can’t wait to see how it sells at auction.”

The Watch Sale takes place at Fellows on October 15.