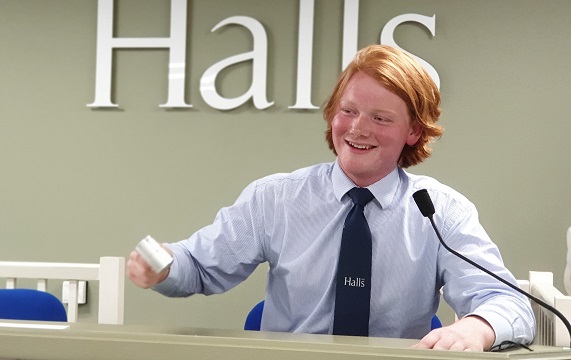 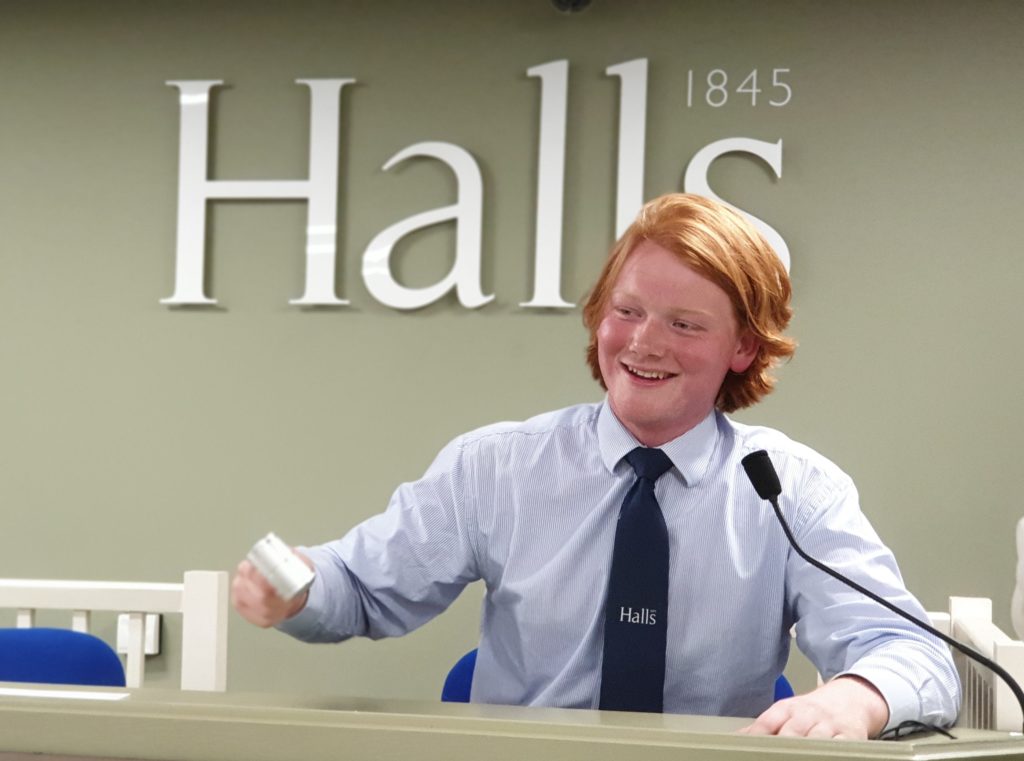 Is this the UK’s youngest auctioneer to take to the rostrum? 19-year-old Jack Austerberry took his first turn taking up the gavel this week at Halls Sales Rooms in Shrewsbury.

The Halls’ trainee auctioneer, one of the youngest watch specialists in the country, stood behind the rostrum before getting ready to show off his skills in the national Novice Auctioneer of the Year competition run by Nava, the National Association of Valuers and Auctioneers, taking place on October 9.

For budding auctioneers ,the competition, at Chateau Impney hotel and exhibition centre in Worcestershire, is one of the most important events of the year, where competitors must show off their skill, knowledge and presence on the rostrum to win.

Jack commented, “I’m the youngest entrant in the competition but I’m really excited about it and would love to win the trophy. The winner will get £250 to donate to any charity, and if I’m successful, I’d choose the BRDC Motor Sport Charity which helps racing drivers develop their careers and also to recover from any incidents.”

Maryanne Lineker-Mobberley of Halls Fine Art Department added, “Jack’s been showing great promise since joining us straight after school as a junior watch specialist. He’s curated two Halls watch auctions already which included the sale of a 1969 Cartier Tank in 18ct gold which went under the hammer for £11,000 and a 1968 Omega Speedmaster which fetched £3,200.”

As well as watches, the most recent auction at Halls in September included pictures, silver, jewellery and coins. Making a combined hammer of over £200,000, successful lots included a Joe Scarborough painting, which fetched £4,000 and a collection of Charles Tunnicliffe works, which fetched over £16,000.

In the jewellery section a Sybyl Dunlop Moonstone and Chalcedony silver necklace was sold for £2,400 and a diamond ring reached £1,500. There were some interesting coins in the auction too, including a platinum wedding gold proof piedfort crown, which went under the hammer for £2,200.