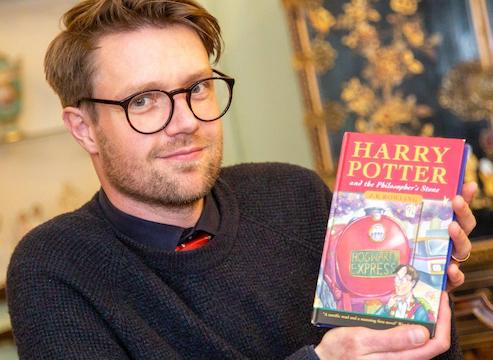 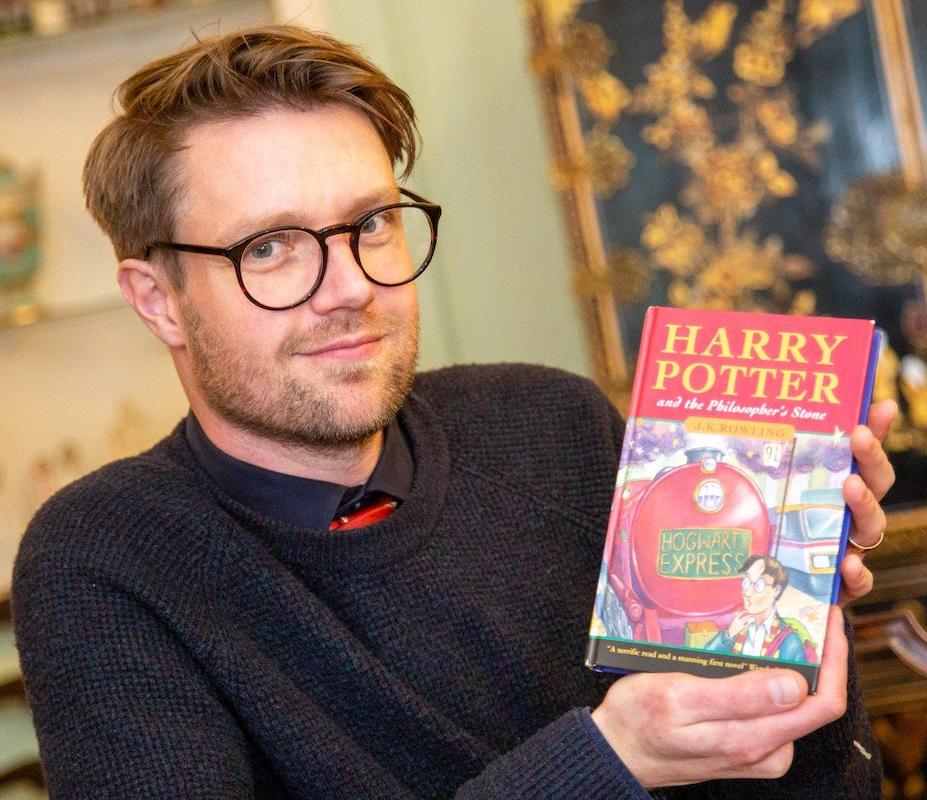 A rare first edition Harry Potter and the Philosopher’s Stone has sold for over £50,000 in a Staffordshire saleroom, following an intense international bidding battle for the hardback copy.

It was particularly sought after because of its excellent condition, with four phone bidders battling with internet buyers to own the book – one of only 500 hardback copies produced in the first print-run in 1997 when J K Rowling was a relatively unknown author.

It finally sold to a private UK buyer.

Jim Spencer, books expert at Hansons auction house, said: “I’m absolutely thrilled the book did so well – it deserved to. I couldn’t believe the condition of it – almost like the day it was made. I can’t imagine a better copy can be found.

“A 1997 hardback first edition Harry Potter and the Philosopher’s Stone is the holy grail for collectors as so few were printed.

“The owners took such great care of their precious cargo they brought it to me in a briefcase, which they unlocked with a secret code. It felt like we were dealing in smuggled diamonds.”

The seller, who wished to remain anonymous, said: “It goes without saying that we’re absolutely delighted with the price achieved and very pleased with the way Hansons handled the sale. The book was given to us as gift by an aunt when our children were small. She bought it at an independent book shop when it was first published. The plan was to keep it as a family heirloom. My wife put it in a briefcase to stop the pages turning yellow.”

The book was part of a Harry Potter bonanza – 12 first editions all sold at Hansons’ country house saleroom at Bishton Hall in Staffordshire this week. They were discovered following Hansons’ sale of another Philosopher’s Stone first edition for £28,500 in July.

Mr Spencer said: “That book was bought for £1 at a table top sale and it sparked Potter mania. I started receiving 50 emails a day from people who thought they might own a first edition. Out of thousands of contacts, 12 first editions emerged including the star find.”

Charles Hanson, owner of Hansons, said: “It was a phenomenal Harry Potter result, all down to the hard work of our very own books wizard Jim Spencer.”