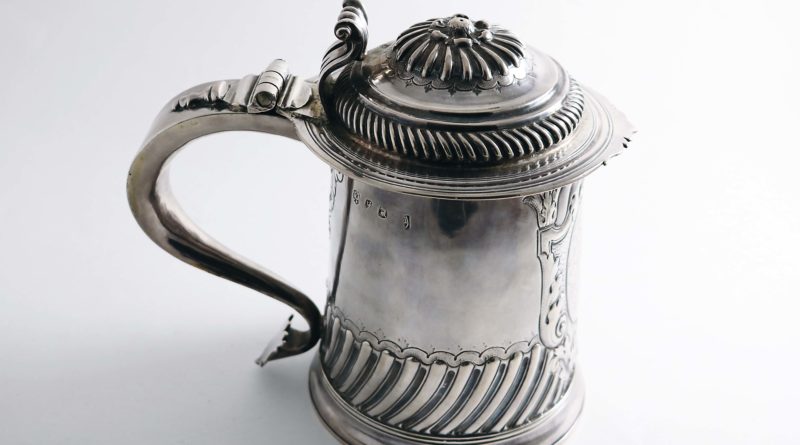 A huge selection of silver and vertu went under the hammer in Somerset recently, with strong prices achieved for items spanning four centuries.

Over 800 lots were sold at Lawrences of Crewkerne in the seven-hour auction.

One of the leading items was a Queen Anne tankard by Jonathan Madden, which made £3750 and a complementary tazza from the same year, also by Madden, which achieved £3,000. The auction house said it was remarkable how these two lots, by the same maker and date, have remained together for over 300-years. 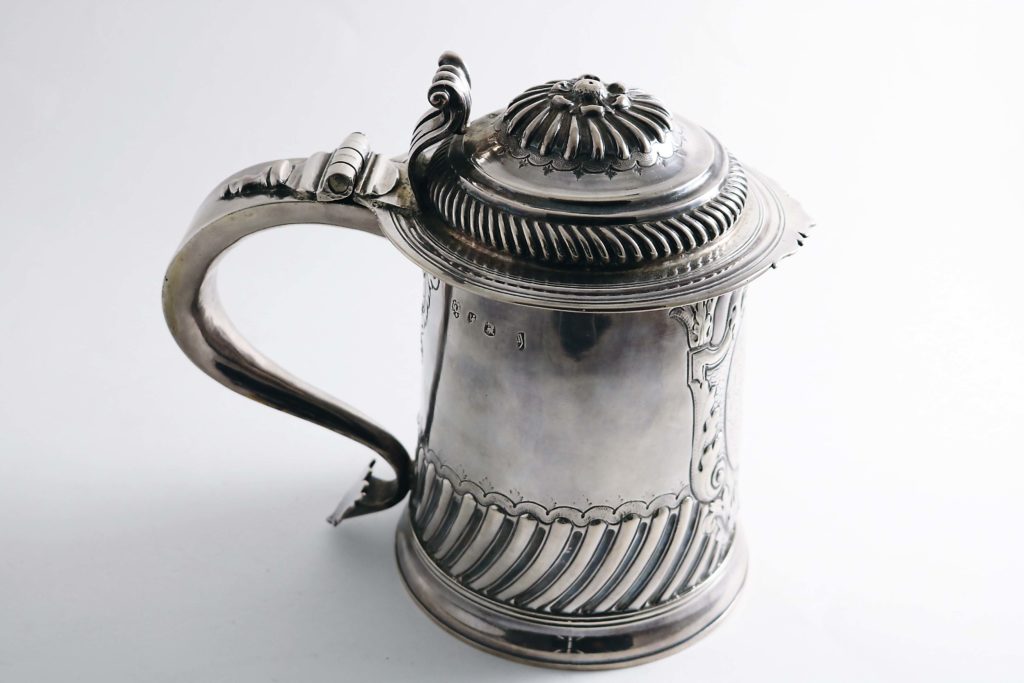 An early 20th Century reproduction of the Ardagh chalice, made in Dublin in 1923, made £3750. The “Ardagh” chalice was found in 1868 by a young man in Reerasta, close to the village of Ardagh in County Limerick. He happened upon it and other treasures while digging potatoes. Miraculously the chalice was undamaged and is the finest example of medieval Irish goldsmith’s work. It dates from the 8th/9th centuries and currently resides in the National Museum of Ireland, Dublin. 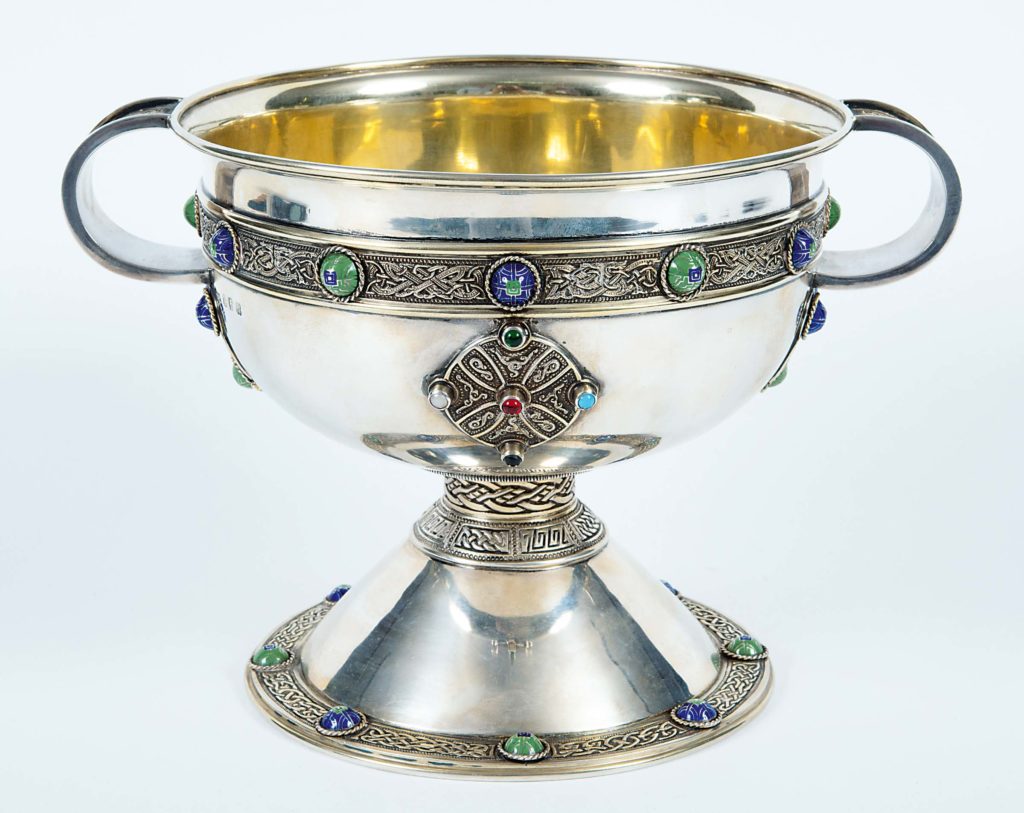 Another surprise of the sale was the price paid for a 1940 inkstand, unusually modelled as Kodak film canisters (for ink) and a perpetual calendar in the form of a clapperboard. Specifically made as a presentation piece, it was bid to £2875. 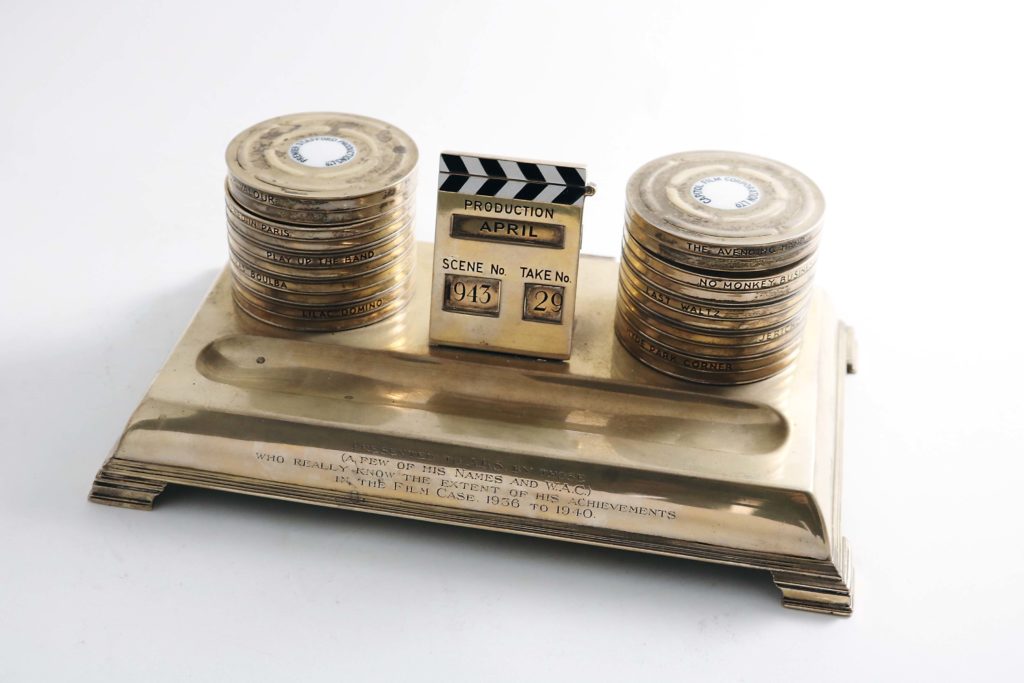 Two very different spoons also performed well in the sale. A William IV caddy spoon in the form of an eagle’s wing, made by Joseph Wilmore in 1833, weighed just 0.3oz and flew to £1625; while a much plainer seal top spoon by Robert Robinson of Hull, c.1630, just scooped above its top estimate to make £6875.